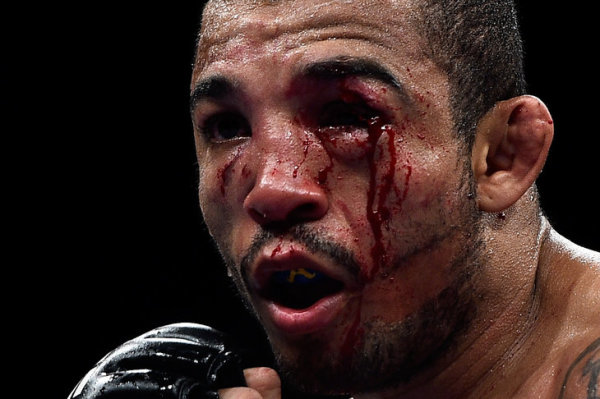 After five of the most competitive rounds Jose Aldo has ever fought, he remains the UFC featherweight champion. UFC 179 was Chad Mendes’ opportunity to show the world how far he’d come since being knocked out by Aldo two years ago. Even though Mendes displayed monumental strides in the evolution of his striking game, it ultimately wasn’t enough to overcome the champion.

Leading up to the fight, Aldo dismissed all claims that Mendes had improved his striking. It only looked better because he hadn’t faced top-level strikers like himself, Aldo said. Saturday night proved otherwise.

Mendes showed that not only had his striking improved, but that he could stand in front of Aldo and trade with him. When facing an explosive and accurate striker like Aldo, it’s always a bad idea to stay too long within striking distance. Mendes did it repeatedly, while unveiling a lethal leg kick that outshone any leg kick thrown by Aldo — a moral victory that no other fighter to date can claim. While he was in front of him, Mendes also showed an incredible ability to counter Aldo, most impressively with a counter-uppercut that sent Aldo to the canvass for the first time in his career. 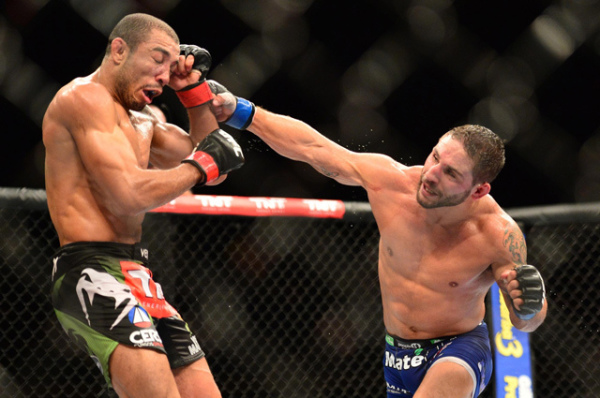 This is all to say that Mendes was not just an improved fighter on Saturday night, but likely the best opponent the long-reigning champion has ever faced.

Aldo rose to the occasion, however. Without turning to his patented leg kicks, he delivered the lion’s share of the punishment with staccato bursts of punches that knocked down Mendes on a few occasions and nearly knocked him out at the end of the first round.

While forcing Aldo to dig deep, and show just how profound his bag of tricks is, Mendes’ performance also highlighted the few flaws in the champ’s game already known to close observers. At the top of the list would be Aldo’s low output and preference for a moderate average pace, two sides of the same coin. Mendes, like Frankie Edgar before him, found success when he pushed the pace, got off first, and clearly threw more punches and kicks than the champion.

The problem with exploiting these shortcomings is that it often put him within easy reach of Aldo’s flurries. The next man to challenge for the belt, whether it’s Conor McGreggor, Cub Swanson or Frankie Edgar, should take close note that even while backing Aldo up, the champion has game-changing counters. Being as fast, or faster than Aldo, while pushing the pace, throwing first and maintaining a tight defense might be too much to ask of any one man, but it might also be the only way to become the first man in nine years to defeat Aldo.

When such perfection is required to beat a fighter, it starts to become clear, especially when that fighter’s record and performances are flashy and substantive, that such perfection isn’t needed to defeat any champion, but rather, a champion who has earned a place on hallowed ground. Aldo has transcended the belt that he’s been wearing around his waist for five years (four in the UFC and one in WEC). He is a bona fide all-time great.