With some legendary names returning, and two UFC titles on the line, September is looking like a great month for fight fans...

One of the undisputed must-see attractions in combat sports, the iconoclastic Nick Diaz was beloved by MMA fans the world over before younger brother Nate had ever graced the biggest stages.

So, when Dana White confirmed that Nick would make his long-awaited return to the Octagon against fellow legend Robbie Lawler at UFC 266 fans were understandably excited.

Officially setting a record for the longest time between UFC fights for a rematch, the second bout between the pair takes place more than 17 years since the pair first faced off way back at UFC 47. To put that into perspective, the pair's first clash took place while George W Bush was President, before any current UFC champion had made their MMA debut, and during a time where both Dana White and Joe Rogan still had hair...

However, despite the huge intervening period in the years since their first encounter, Diaz and Lawler have repeatedly demonstrated their ability to seemingly almost never be in a boring fight.

Though title contendership may not prove to be in either combatant's near future, stylistically, this fight has all the necessary elements to be an instant classic. To make things even better, the bout is scheduled for five rounds, so fans could be treated to a full 25 minutes of action.

Surging British light heavyweight contender Paul Craig has made quite the impact on the UFC ever since debuting in the promotion back in 2016.

After an unconvincing 1-2 start, Craig's time in the organisation looked to be on thin ice when he faced Dagestani super prospect, Magomed Ankalaev, at UFC Fight Night 127 back in 2018. Ankalaev dominated the fight with his wrestling and looked set to be en-route to a convincing decision victory until Craig threw up a hail mary triangle choke in the final seconds of the fight forcing his opponent to submit.

Ever since the Scotsman has been making waves in the 205lb division, and in September he faces off against arguably his toughest test to date in former title challenger Alexander Gustafsson. And while it's true to say that the Swedish striker hasn't demonstrated his full fighting potential in recent forays to the cage, his most recent two wins are against Glover Teixeira and Jan Blachowicz, the two men who just happen to be contesting the UFC Light Heavyweight Championship later this year.

A win for Craig would carry significant name value and allow the Bearjew to continue his ascent up the rankings at 205lbs. A win for Gustafsson would allow the Mauler to reassert himself as a contender in a division that appears to be in a transitional state following Jon Jones vacating his title.

Darren Till vs Derek Brunson

Though probably best known currently for his hilarious antics on social media, it is worth remembering that Darren Till first made waves in the UFC for his impeccable timing and devastating left hand.

Despite having won just one of his last four fights, Till has found himself in the sights of current middleweight champion Israel Adesanya and could soon find himself on the brink of a title shot with a convincing win in his next outing.

Standing in the Brit's way on the path to the title at UFC Fight Night 191 is Derek Brunson, one of the most experienced contenders in the division. Brunson is approaching his tenth year with the promotion and yet shows no signs of slowing down, riding a four-fight win streak into his showdown with Till, including wins over the likes of Ian Heinisch, Edmen Shahbazyan, and Kevin Holland.

The fights are expected to air primetime in Till's native England, so do not be surprised if the Liverpudlian takes the microphone to call out Adesanya should he emerge victorious over the always game Brunson.

Despite how often it is romanticised due to the sheer frequency of finishes that take place, the heavyweight division of the UFC has largely been a weight class dominated by experienced veterans in recent years.

So, when the UFC is blessed with two maximum-weight contenders that are both on the right side of 30, there is no surprise both fighters are being touted as the future of the division.

Although it is somewhat rare to see two prospects come up against one another so early in their UFC careers, fans have reasons to be excited for this one. Both fighters have earned finishes in all their combined UFC wins, with Aspinall becoming just the second man ever to submit former champion, Andrei Arlovski, in his most recent trip to the Octagon.

With challengers at 265lbs in relatively short supply, do not be surprised if the winner of this fight is immediately put on a collision course with the winner of Francis Ngannou versus Cyril Gane in 2022.

With their season coaching The Ultimate Fighter complete, the main event of UFC 266 will see Alexander Volkanovski defend his UFC Featherweight Championship against opposing coach Brian Ortega on September 25th.

After a devastating loss to former champ Max Holloway back in 2018, Ortega's route back to title contendership saw him dominate longtime featherweight stalwart, Chan Sung Jung, on Fight Island back in October.

Volkanovski meanwhile has developed an incredible resume since making his UFC debut back in 2016. The Australian featherweight has set his mark on the division with wins over legitimate legends of the sport like Chad Mendes, Jose Aldo, and Max Holloway.

With that being said, the controversy surrounding the judging of his 2020 rematch with Holloway seems to have denied Volkanovski the plaudits he truly deserves amongst some fans.

A decisive win over a surging contender such as Ortega could be exactly what The Great needs in order to cement his status as one of the pound for pound best fighters in the sport, but it's not going to be easy. Ortega has long demonstrated some of the best finishing instincts in the UFC, and in his most recent outing showed off much improved striking skills.

With two supremely talented fighters contesting the belt and former champion and old rival Max Holloway waiting in the wings the 145lbs division is going from strength to strength. 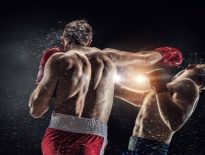 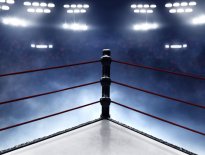