The year is almost over, so today is my last MMA post of 2014, as I’m heading down south to enjoy the holidays, visit with family, and probably get some mat time with the latest crew of wayward youth my wrestling coach is training into manhood and champions. Before I start that long drive home, here are some parting thoughts on mixed martial arts:

Moments before the headlining event at Fight Night 58, I engaged in a little Twitter action:

@noclassfriday Machida is top 5 greatest light heavyweights of all time, first to prove karate style will work in the cage.

Not my most eloquent work but I stand by the sentiment. Lyoto “The Dragon” Machida is a trailblazer and an all-time great (those things are not synonyms). After MMA moved away from the free-for-all that was the early UFC tournaments, people soon started to believe that karate had no place in the cage. They started to believe that, categorically, the art form was effectively useless in modern MMA. What they should have thought, and said, was that the right karate master hadn’t come along yet who’d figured it out. Enter The Dragon. Pun intended.

Machida showed that despite the rigidness of elementary karate, the art form could be adapted, without losing its essence, into an effective fighting style. Machida used that style to become one of the best light heavyweights of all time. What made that feat even more impressive is that he could have easily been fighting at middleweight the entire time!

With the losses he suffered at 205 and the injuries his longtime friend and training partner Anderson Silva suffered, Machida decided to reinvent himself as the middleweight he always could have been. And at age 36, The Dragon still breathes fire.

Machida is older but fighting lighter, better and more exciting than ever. 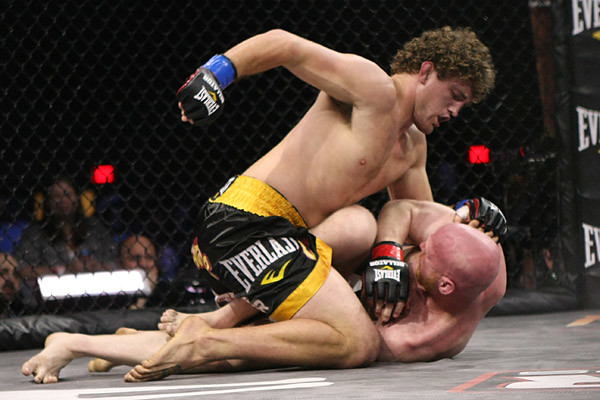 Ben “Funky” Askren has the best wrestler in MMA. Daniel Cormier might be more accomplished on the international level, but Askren’s style in MMA fundamentally revolves around his slick wrestling skills. Moreover, no one executes a wrestler’s game plane more thoroughly and effectively than Askren.

Askren’s record remains perfect at 14-0. He’s a two-time NCAA champion and four-time finalist. No one in MMA today has a better command of folk-style wrestling than Askren. If you’ve ever seen one of his fights, it shows. His entire style revolves around control. He works for the takedown and then punishes his opponents on the ground, who are unable to stand back up or defend themselves effectively.

He’s the best fighter in the world who hasn’t been invited to fight in the UFC. He’s also likely one of the UFC’s, and Dana White’s, most vociferous critics.

In the past, White has launched criticism right back at Askren, calling him a boring fighter and overrated. Now, his tune is a little different. White claims that Askren simply does not want to fight in the UFC:

Whether any of that is true is almost beside the point. UFC fans are used to believing that they’re watching the best MMA has to offer. Mostly it’s true. Askren's absence, however, is a giant asterisk in that belief.

Askren is now tied up with One FC for a two-year contract. After that, he may retire, or maybe he’ll continue to fight the best of the rest (those not in the UFC). But I’m betting that all of the persuasive abilities that Dana White used to get to the position he’s in today could be used to land Askren in the Octagon, if only for one fight. That is, if he wanted that. Sadly, whether or not Askren wants to join the UFC doesn’t really matter because at the end of the day White doesn’t want him there. 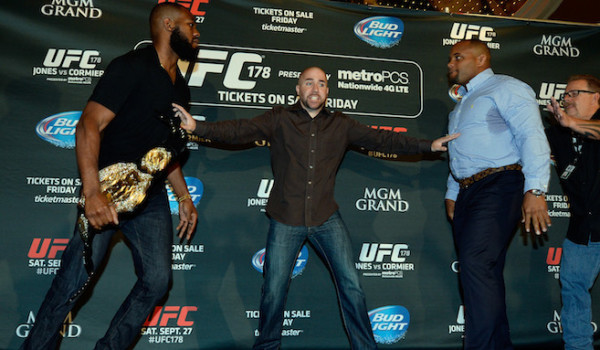 There is something incredibly appealing about true rancor between fighters who will eventually meet in the cage. It’s primal. Often fighters create drama outside the cage to build buzz and increase PPV numbers. Fine. It's an acceptable facet of the sport that helps create intrigue and excitement.

In UFC history, however, there have been true epic grudges between fighters that have captured the imagination. Those are true fights, while other matchups are martial arts contests. When I think of those fights, I think about Tito Ortiz vs. Ken Shamrock and Rashad Evans v.s Quinton “Rampage” Jackson. Now, I also think about Jon “Bones” Jones vs. Daniel Cormier.

The marketing team over at the UFC has really had it easy for this fight. There can’t be an MMA fan in the world who isn’t captivated by this matchup and eagerly counting down the days that remain between them and a fisticuffs-fueled conclusion to the bad blood between Jones and Cormier.

This fight, as with all fights against Jones, is first and foremost about distance. In his heart of hearts, Jones likely believes this fight against Cormier will be easier than a rematch with Alexander Gustafsson. The Swede was the first man he’d faced to be anywhere near his physical equal — similar height and reach. Jones is more than happy to have Anthony “Rumble” Johnson take on Gustafsson to decide who faces him after he defeats (or hopes to defeat) Cormier. Whether Cormier has the conviction, the speed and the chin to close the gap is the single most important aspect of this matchup. Cormier's chances may have increased some now that Jones is working with a surgically modified meniscus, but with Jones’ otherworldly skills and physical abilities, it might not be enough of a chance. The only way to be sure is to buy that PPV.

The Rules That Bind 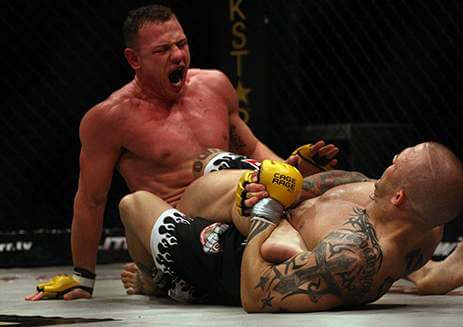 I’ve said it a hundred times, to people who asked me the question and to random people on the street. The UFC, and MMA in general, is not a real street fight. It’s an approximation.

The rules that govern fighter conduct inside the cage have as much to do with fighter safety as they have to do with marketability and staving off the concern and sanction of legal entities like the Nevada Athletic Commission. There are weight classes, no groin shots, no knees to the face of a downed opponent because without those rules some might start to liken the sport to “human cockfighting” (by now the most hackneyed of criticisms thrown at the sport) and regulatory bodies might once again decide this sport is too crude to be legal. But dammit, there are some rules that should bend.

One of the most vicious submissions possible in the cage is a heel hook, which can blow out your knee in the blink of an eye. If you caught Fight Night 58, you saw that Patrick Cummins expertly defended against several heel hooks from Antonio Carlos Jr., a Brazilian jiu-jitsu world champion. Cummins shifted his weight, positioned and repositioned himself and Junior perfectly to avoid being submitted, but there were several instances when the best defense would have simply been a kick to the face. Yeah, I said it. But we all know Cummins couldn’t do that without being disqualified because Junior was on the ground and you can’t kick a downed opponent in the face. It’s one of the most devastating submissions in jiu-jitsu, a move that could end a career with just a hair too much pressure, and you are not allowed to defend yourself against it with a basic technique.

This goes to a general sentiment that I’ve been feeling more and more over the course of the year. The rules in the UFC often favor jiu-jitsu players far too much. A fighter isn’t allowed to kick an opponent in the face to stop a heel hook. A fighter isn’t allowed to knee an opponent in the face while he’s on top in half guard. A fighter can’t head butt a guy who pulls guard or once he gets the mount.

An equivalent rule benefiting wrestlers might be that you’re not allowed to sprawl when a fighter shoots a double leg tackle. Ridiculous.

I’m not saying fighters should be allowed to knee and kick downed opponents in any situation. (I’m also not saying they shouldn’t be either.) What I’m saying is that against one of the most brutal submissions in jiu-jitsu, fighters should have one more tool to defend themselves.