After a two-week break, the UFC returns this Saturday with a UFC Fight Night in Las Vegas. Live from the Apex, former light heavyweight title challenger Anthony ‘Lionheart’ Smith takes on Ryan ‘Superman’ Spann in the main event. Alongside the main event, there is plenty of excitement on the main card for UFC fans to look forward to.

The vastly experienced Anthony Smith returns to the octagon to face Ryan Spann in the main event of Saturday’s card. Smith will make his 52nd professional MMA walk this weekend, and he is looking to register his 36th career win. Lionheart is fresh off back-to-back victories and will be looking to extend his winning streak to three when he faces Spann on Saturday.

Ryan Spann, unlike Smith, earned his spot on the roster through Dana White’s Contender Series. After failing to earn a contract in season one, Spann returned for season two and was given a contract after a 22-second Guillotine Choke victory.

Spann has won five out of six UFC bouts since his contender series success, but he is facing his toughest challenge yet in a durable Anthony Smith.

Ion Cutelaba with his fierce intimidation tactics and his Hulk-inspired weigh ins has become a fan favorite in the fight game. But this seems a must-win for the Moldovan. With two losses and one draw in his last three, Cutelaba may have to beat Devin Clark to maintain his spot on the UFC roster.

Devin Clark was on a two-fight winning streak before he met the main eventer Anthony Smith in November 2020. Clark’s last six wins, including The Ultimate Fighter, have been by unanimous decision so if it goes the distance it should favor Clark.

‘The Brown Bear’ is searching for his 13th win in the octagon but Cutelaba has shown how dangerous he can be - especially if his back is against the wall.

Joaquin Buckley burst onto the UFC scene with a kick that shook the world. His acrobatic, spinning attack on Impa Kasanganay flooded the internet but his hype was slightly derailed after a recent loss. Alessio De Chirico knocked out Buckley after two minutes in January but Buckley is looking to rebound against a struggling Antonio Arroyo.

After winning a contract on the Contenders Series, Antonio Arroyo has lost two straight in the UFC. Both Deron Winn and Andre Muniz bettered Arroyo via a unanimous decision which has left the Brazilian “fighting for his job”.

Both these fighters could do with a win. The power advantage is with Buckley but Arroyo could return to the submission game that earned him a UFC contract. 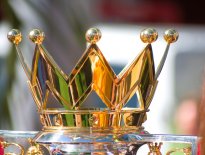 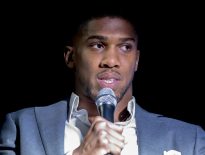 Boxing Anthony Joshua vs Oleksandr Usyk | Dare To Do
0