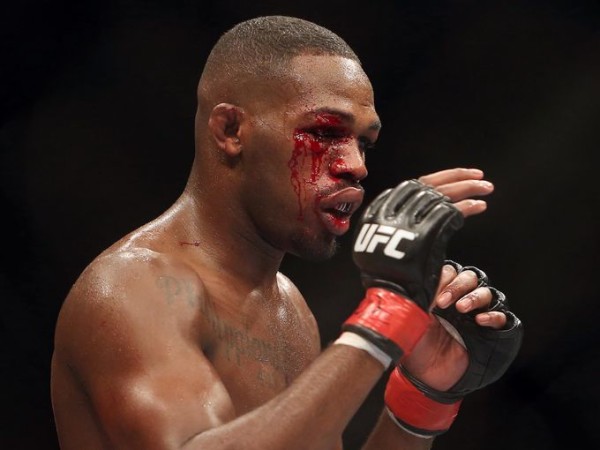 UFC 165 marked the end of Tito Ortiz’s record of five successful light heavyweight title defenses—but only in name. Jon Jones limped out the Octagon with the help of two corner men with the title, but without the aura of invincibility he came into the fight with.

Almost no one gave the Swedish-born fighter, Alexander Gustafsson, much of a chance against Jones. Some sports books had him down as a 9-to-1 underdog. Even that was gracious odds making, according to some, but that didn’t play into a single second of Gustafsson’s fight night performance.

From the opening bell, it was Gustafsson that impressed with his footwork, head movement, and game plan. Jones, for his part, seemed sluggish and tentative.  In the first round, the Swede not only effectively landed punches after Jones's missed high kicks, but he also accomplished a feat never done inside the Octogan—he took down Jones. It’s hard to imagine any reasonable judge not giving the round to the challenger.

Maybe it was that Jones expected the fight to be over by then, or maybe he was in shock that his usual superlative striking seemed rather mediocre. Whatever it was, something caused Jones to walk out into the second round with a lack of confidence and seeming tiredness that has never accompanied the champion before. It was in this round where Jones must have been eating his words from before the fight. In several interviews Jones had said that he was going to show that height and reach had nothing to do with this abilities—a naïve and ridiculous statement.

Jones’s height and reach have always played an important role in his UFC success. It doesn’t take a genius to realize that if I can hit you three feet before you can hit me, you’re going to have some problems. And If I get use to fighting only people over which I have a large reach advantage, then fighting someone with roughly my same length is going to take me off my game.

In the second round, Gustafsson used his great footwork to dart in and punch Jones and then to step out of danger. He methodically targeted a cut over Jones’s right eye that seemed to bother the champion. Round three was much the same and difficult to imagine anyone scoring in favor of a visibly demoralized and tired Jones who was throwing very seldom, and landing even less.

The fourth round was Jones’s opportunity to close the show with a knockout, but Gustafsson showed that he’s got a granite chin. Even after Jones landed a brutal elbow and a follow up knee to the face, the challenger danced away from danger. It was a clear win for the champ. The fifth round also went to Jones with a lazy takedown and several hard hitting high kicks.

It’s hard to accept Jones’s victory. It’s not just that at the end of the fight his lip looked like a platypus bill, or that his right eye brow had a deep cut that will likely require several stitches, or the fact that he had to be helped out of the Octagon while Gustaffson looked like he’d only had a hard sparring session—minus, of course, the cut he had on his scalp. What makes Jones’s victory hard to accept is the fact that the judges scored it unanimously. Not a single judge gave credit to Gustaffson for the way he controlled the Octagon or the damage he inflicted, which was visibly greater than the damage he'd taken. It seemed as if the infamous boxing judge, CJ Ross, crossed over to MMA for the night to deny a young challenger his throne.

While Jones tried to recast his performance as the successful dogfight he’d be wanting, many will likely remember UFC 165 as the night they realized that Jones is not invincible. In fact, his best asset in the ring is likely his reach. Take that away and his once awe-inspiring ability to avoid blows all but disappears. In other words, whereas Anderson Silva has shown he can stand right in front of an opponent and evade punches with incredible head movement, Jones is only able to defend by threatening the use of his lethal strikes. A subtle difference to the uninitiated, but a key point for the many coaches looking to take their pupils into the light heavyweight division. What’s left for Jones is to rest, recover, and agree to a re-match with Gustaffson. If he doesn’t, what’s left of his reign at light heavyweight will be deeply disputed—in a way that a prideful Jones, with aspirations of greatest-of-all-time status, can simply not afford to have of his record.

5 Replies to “Disputed Kingdom: The Victory of Jon Jones at UFC 165”