The Black Beast has his second shot at UFC gold at UFC 265, but can he pull off another electrifying knockout victory?

One of the things that have made Derrick Lewis so popular during his UFC run is his ability to use his incredible punching power to steal victory from the jaws of defeat.

Never was this skill more evident than when he faced off against Russian heavyweight stalwart Alexander Volkov at UFC 229.

In Lewis’ first fight back following his ultimately anti-climactic showdown with current heavyweight king Francis Ngannou, the Black Beast was determined to remind fans of what makes him so beloved, and he picked the perfect possible stage.

For the majority of the fight, Volkov used his evasive movement and significant height and reach advantages to negate Lewis’ power and prevent him from landing any damaging shots.

However, as the bout reached its closing stages, and with Lewis en-route to a decision loss on the judges’ scorecards, the Black Beast finally began finding his range.

Then, when Volkov overextended and attempted a naked knee to the body, Lewis landed his signature right hand followed by some devastating ground and pound to end the fight with just seconds remaining.

Seizing the moment to its fullest extent, Lewis would go on to deliver one of the most iconic post-fight interviews in UFC history leaving even Joe Rogan speechless.

Lewis’ incredible punching power has undoubtedly made him one of the most feared heavyweights ever to step foot in the Octagon. However, as countless heavy hitters have found out in the short history of MMA, it’s almost impossible to effectively utilise your punching power while your opponent has established a dominant position on the mat.

So, when longtime heavyweight contender and accomplished collegiate wrestler Curtis Blaydes faced off against the Black Beast earlier this year at UFC Fight Night 185, his gameplan seemed to be obvious.

However, rather than diving desperately for takedowns, Blaydes demonstrated his improved striking game in the first round, landing with volume and forcing Lewis onto the back foot.

Blaydes maintained his impressive output into the second round, but Lewis appeared to grow in confidence after defending an early takedown attempt.

Then, over a minute into the second frame, Blaydes attempted for the first time to complete a takedown in the middle of the cage. Lewis anticipated the attempt beautifully, however, and threw a perfectly timed uppercut on his incoming opponent, immediately rendering him unconscious and forcing referee Herb Dean to stop the fight.

Possibly better known to newer MMA fans as Ronda Rousey’s spouse and a several fight KO loss streak to end his tenure with the UFC, Travis Browne was once one of the most exciting prospects at 265lbs.

With an imposing 6ft 7inch frame and famed MMA coach Greg Jackson in his corner, Browne made an instant impact on the heavyweight division, earning wins over the likes of Gabriel Gonzaga, Alistair Overeem, and Josh Barnett.

When Browne faced off against the Black Beast in February 2017, he had only suffered defeat at the hands of former UFC Titleholders and title challengers.

Browne started the fight well and appeared to be getting the better of Lewis during the first round. But if this list has taught you anything it is that Derrick Lewis has an uncanny ability to turn a fight on its head when the moment arises. In the second round, Lewis capitalised on his opponent’s fatigue and began landing heavy strikes against the cage. Browne continued looking for his own knockout punch but Lewis’ offensive was just too strong getting the TKO in the second round in a bout that deservedly earned Fight of the Night honours.

After going on a two-fight skid across 2018 and 2019 that included a loss in his first shot at a UFC title against Daniel Cormier, Lewis rebounded with a pair of wins over Blagoy Ivanov and Ilir Latifi.

And while Lewis did get his hand raised on both occasions, his unconvincing performances and failure to finish his opponents led some to question his status at the top of the division.

If the two prior fights were Derrick Lewis stepping into the Octagon, the Houston native’s UFC Fight Night 174 performance against veteran submission expert Alexey Oleynik signalled the return of the Black Beast.

During the first round, Lewis demonstrated his underrated grappling skills, defending his opponent’s submission attempts and maintaining top control.

At the opening of the second round, Lewis came out like a man possessed, throwing a flying knee into a huge right-hand combination that sent the Russian heavyweight crashing to the canvas. Oleynik desperately dived on a single-leg takedown but Lewis remained composed, landing heavy shots and forcing the referee to stop the fight.

A true veteran of combat sports, Gabriel Gonzaga catapulted himself into MMA folklore with his upset KO of Mirko Cro Cop back in 2007.

Despite never getting his hands on UFC gold, in the years that followed the Brazilian established himself as a gatekeeper for the elite of the heavyweight division, acting as a barrier on the road to title contention for burgeoning contenders.

In what would turn out to be his last appearance in the UFC Octagon, Gonzaga faced off against the Black Beast in the co-main event of UFC Fight Night 86.

The BJJ black belt secured an early takedown but Lewis remained composed, utilising his patented ‘just stand up’ technique just as his opponent appeared to have secured a dominant position.

As the fight continued Gonzaga repeatedly forced Lewis against the cage, attempting to nullify his opponent’s power. Lewis bided his time, and when the opportunity presented itself late in the round he charged forward with a barrage of accurate punches that folded Gonzaga on the canvas to earn Lewis his first post-fight performance bonus in the UFC. 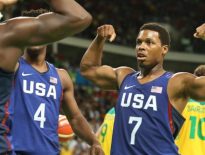 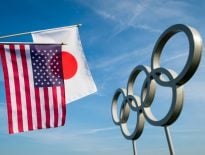