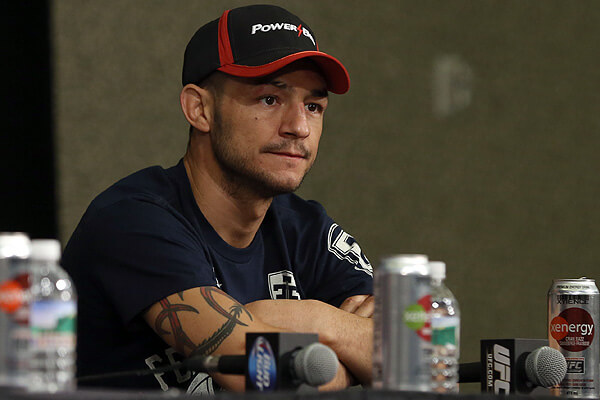 In MMA (just as in boxing) the spoils of war often go first to the loudest and flashiest. Style outside the cage can get you fights your skills inside the cage can’t. Chael Sonnen built his career on this basic tenant of combat business. The latest example of this truism comes via comments from UFC head, Dana White.

White has revered course from earlier comments about who’s next in line to face pound-for-pound standout, and featherweight champ, Jose Aldo. A few months ago, after Cub Swanson defeated Jeremy Stephans, White said:

"Let me tell you what, Jeremy is ranked No. 10 but he's not the number 10 fighter. He's better than that, and Cub took big fucking shots from him early, ate his shots and came back and fought a beautiful fight. I'm very excited for his future. Cub's going to get what he wants, let's just put it that way.”

And by “get what he wants,” White was clearly referring to Swanson’s well-known desire to challenge and dethrone the featherweight legend—Jose Aldo.

Those comments, however, came out while Conor McGregor was still only 2-0 in the UFC. From then until White’s more recent comments, McGregor’s has not only improved to 4-0, he’s managed to garner a following on social media outlets, as well as big-time headlines for his sometimes-outlandish, almost always quick witted and hyper aggressive trash talk. McGregor’s pre-fight media interviews leading up to his fight with Dustin Porier were comical, and when said with McGregor’s thick Irish accent, verged on cartoonish. It was the type of verbiage and presentation often found in the WWE. Just as in the pro wrestling world, fans ate it up and UFC brass took notice.

Now, all of a sudden, in figuring out who’s the next man to challenge Aldo (assuming he defeats Chad Mendes at UFC 179, which is a good bet), White is focusing on a totally different set of criteria:

“Here’s the thing: If you go down the list, every one of those guys [in the featherweight rankings] has fought Jose Aldo already. Conor hasn’t. So who do you line up next for the champ other than Conor? Everybody else has fought him.”

Jose Aldo will face Chad Mendes in Brazil on October 25. Aldo dominated their first fight leading up to spectacular knockout that prompted a cacophony of cheers from the thousand of Brazilian fans watching. Despite Mendes’ recent streak, it is difficult to pick against Aldo. 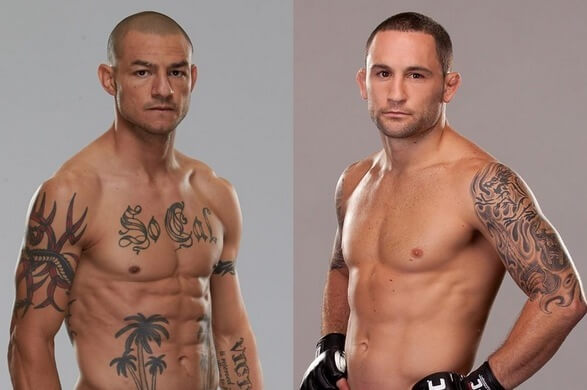 Swanson too has a dance partner. On November 22, he faces the always-gritty and exciting Frankie Edgar, in what undoubtedly will be a spectacular fight fans won’t want to miss. If Swanson defeats the former lightweight champ, now ranked number 3 in the UFC featherweight rankings, Swanson’s win streak would increase to 7-0, the best in his weight class. With a slew of exciting fights and victories against high level competition, not to mention a division-best record, if McGregor jumps in front of Swanson to get a title shot, it will be based on McGregor’s skills on a microphone and in the twitterverse, not what the Irishman has demonstrated in the cage.