These guys swapped the Octagon for the steel cage... with varying degrees of success.

Given that he is essentially the real-life embodiment of a professional wrestling heel, it should come as no surprise that former UFC Interim Welterweight Champion, Colby Covington, has spent some time around the squared circle.

In fact, Colby's pro wrestling inspired antics were the saviour of his fledgling UFC career according to the man himself. According to Covington, the UFC was not planning on extending his contract beyond his fight with Damian Maia in 2017. After defeating the Brazilian in his home country, Covington utilised his customary post-fight interview to launch into an attack on the fans in attendance birthing the character we love to loathe today.

It should come as no surprise that Colby's pro-wrestling inspired rebrand happened to come while he enjoyed a short foray into the world of sports entertainment. Alongside other American Top Team members, Covington appeared in Impact Wrestling appearing in the promotion's flagship Bound for Glory in November of 2017.

However, while Colby may have used his cup of coffee in Impact to shape his fighting character going forward, he was completely outshone by an inspired promo from American Top Team owner Dan Lambert.

A solid, yet largely unremarkable fighter, by 2008 American light heavyweight Seth Petruzelli had washed out of the UFC and looked set to be confined to spending the rest of his MMA career on the regional circuit.

However, Petruzelli's life would change dramatically in 2008.

With the original headliner, Ken Shamrock rendered unable to compete just hours before the event was set to start, Petruzelli stepped into the main event and became the first man to KO street-fighting sensation Kimbo Slice, on national television at EliteXC: Heat in just 14 seconds.

Having etched his name permanently in the record books, Petruzelli retired from fighting in 2013 and has since gone on to sign with WWE.

Unlike Brock Lesnar and Cain Velasquez, Petruzelli's switch from UFC to WWE does not see him competing in the ring, instead serving as a striking coach for burgeoning talents at the company's Performance Center.

With that being said, Petruzelli has since made his in-ring debut, competing for a number of independent promotions across Florida.

Simultaneously an icon of the early days of mixed martial arts, and an embodiment of just how far the sport has come in the years since, Tank Abbott is something of an enigma.

Never the most polished fighter, Abbott utilised his inhuman punching power and imposing appearance to become one of the most popular fighters in the days when the sport was more commonly referred to as No Holds Barred.

Abbott's popularity was such that he was even featured on the season three episode of Friends, The One With The Ultimate Fighting Champion.

So, when Abbott made his first bow from the sport in 1998 following a KO loss to Pedro Rizzo, he was instantly picked up by WCW as they searched for a long-term antagonist for top star Goldberg.

The only flaw in WCW's plan was that Abbott had zero experience between the ropes. Coupled with that, his massive salary and disdain for pro wrestling, in general, didn't exactly endear him to his colleagues and the Californian would leave the floundering company less than twelve months later.

One of combat sports' best-beloved brawlers, Mark Hunt forged a reputation in the MMA community for his resilience, toughness and punching power.

A true roughhousing renaissance man, Hunt has travelled the world scoring knockouts in professional boxing, professional kickboxing, and MMA, even challenging for the UFC Interim Heavyweight Championship back in 2014.

Hunt first rose to prominence during his time in Japan competing for the K1 kickboxing promotion, and fighting legends such as Mirko Cro Cop, Jermone Le Banner, and Semmy Schilt. Having amassed a considerable celebrity status in the land of the rising sun, Hunt made the switch to professional wrestling in 2007 and 2008, competing for the Hustle promotion.

Hunt's tenure in Hustle wouldn't last long, however, and the Super Samoan would hang up his boots after just one match.

The 2001 K-1 World Grand Prix winner's forays into professional wrestling were not quite over though. As part of the build-up to his UFC 200 clash with Brock Lesnar, the WWE media machine got involved to hype the ill-fated bout, including making some pretty good promo packages.

After enjoying a successful collegiate wrestling career, Trigg turned his attention to MMA and became one of the stars of the UFC's 'Dark Ages', fighting for UFC gold against the legendary Matt Hughes in his very first fight with the promotion.

Ultimately Trigg would lose twice to Hughes, but his intensity and charisma made him a perfect candidate for a career in the squared circle. A friendship with then-TNA stalwart Kurt Angle led Trigg to the promotion with the pair's vague resemblance to each other being used as part of a storyline.

However, despite seemingly being a good fit for sports entertainment, Trigg's foray into pro wrestling would result in one of the most infamous examples of an unsuccessful MMA/pro wrestling crossover.

At the 2008 No Surrender Pay-Per-View, Trigg faced A.J. Styles in a fight that was intended to blur the lines between the two sports. Unfortunately for Trigg, and despite Styles' best efforts, the match was derided by fans in attendance with the resulting fallout bringing an abrupt end to Trigg's time in the promotion.

Trigg would later return to the UFC, losing to Josh Koscheck and Matt Serra before calling time on his sporting career in 2011. 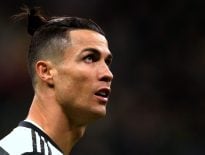 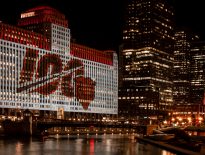