James Harden will not be leaving the Houston Rockets and joining Miami Heat, according to reports from ESPN, as the saga surrounding the player’s future continues. Discussions between the Rockets and the Heat have not progressed.

The Heat was apparently interested in Harden, and the Florida outfit certainly has players that could have been used to facilitate the trade. Young players like Tyler Herro, Duncan Robinson and Kendrick Nunn could have interested Houston, while veteran players in the last year of their contracts might also have been used to tempt the Rockets into a deal.

But Houston was more interested in acquiring some draft picks as part of the trade. Miami could only offer their 2027 first round pick as part of any possible trade. As a result, the ESPN report states that the Rockets were not interested in pursuing the discussions any further.

The long-running saga around Harden’s future looks set to continue for a while longer. Houston has had discussions around a possible trade with the Brooklyn Nets, the Philadelphia 76ers and the Denver Nuggets, among others, but no deal has yet materialised for the player who has requested a move.

Harden himself declined to answer a question about his future from the media earlier this week. It is therefore unknown whether or not his feelings about the Rockets have altered at all as the saga around his future has dragged on.

There were more rumours around Harden spreading earlier this week thanks to the power of social media. The 76ers president of basketball operations, Daryl Morley, re-tweeted about one of Harden’s accomplishments from a year ago. Although it appeared to be an automated tweet and was later deleted by Morley, social media went into overdrive, with many insisting that the tweet was proof that Harden was Philadelphia-bound.

Morley certainly has history with Harden. He was the Houston general manager who secured Harden’s move to Texas from Oklahoma City Thunder. Should the Sixers actually move to try and acquire Harden then Ben Simmons would be expected to be a major part of any trade.

The deal looks unlikely, though, as Morley has previously stated that Simmons and Joel Embiid are going to be fixtures in Philadelphia in the coming season. Social media looks to have interpreted the situation entirely wrongly.

Harden has played in a couple of preseason games for the Rockets, but he still appears to be unsettled in Texas, with reports appearing that he has no particular appetite for seeing how well he can gel with his team-mates.

One Rocket who was asked about the situation was John Wall. He insisted that the Houston team is entirely focused in improving and that he is “blocking out” the noise generated by the Harden saga.

NBA Commissioner Adam Silver has stated that the league expects all matters relating to the possible trade to be handled professionally. He said: “To the extent that the player is unhappy with his team, or a team is unhappy with a player, it’s always the league’s strong view that those matters get handled behind closed doors. The expectation is everyone is professional.” 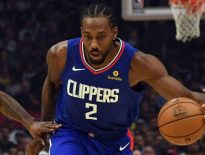 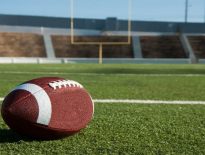