We’re just over a year on from the Covid-19 shutdown here in the US and, well, the whole world. Sports initially ground to a halt before eventually restarting under never-before-seen conditions.

It’s been mighty strange to say the least, but the end looks to now be in sight - no NBA All-Star slam dunks falling flat in a near-empty arena, the less-than-a-third capacity Super Bowl now, hopefully, looks like being the only one this generation will have to experience.

Major Leagues Slowly Getting Fans Back

One year on, the thing are looking brighter, although it won’t be an instant fix. Only 13 NHL teams are currently allowing any spectators into stadiums at all just now, but four more are set to join them. With the season due to end  on May 8 though, we’ll probably have to wait until next season to see full hockey arenas.

The NBA season has been shortened from 82 to 72 games, and the all-star game was hugely affected by Covid-19, but there is strong optimism that this season will be finished with some form of Normality. Like the NHL, the NBA season is scheduled to end in May, so we will have to wait until next season before we can start to see full capacity areas again.

At least some MLB fans will be able to enter stadium when the season starts on April 1st, with hopes that stadia across the US could be full towards the closing end of the season. Toward the tail end of last season, some fans were permitted to enter the stadiums, though it never exceeded the 11,500 mark and fans were obligated to wear masks unless eating or drinking.

The fact that we’re merely at the beginning of the long NFL offseason means that football holds out the most hope of being able to have full capacity stadia for the 2021/22 season. The 2020/21 was an odd season to say the least, but it was one that definitely wasn’t short on action. At least 25,000 were in attendance for Super Bowl LV last month - similar size sporting events elsewhere in the world, such as the Champions League final in Lisbon, were held in completely empty stadiums.

Only a handful of MLS teams have played a match in front of their fans since this time last year, but that should change to some extent of the course of the forthcoming season. LAFC and LA Galaxy have released statements saying that they are working on plans to slowly allow the reentry of fans into stadiums. While there are no specific dates yet, it is thought that a small number of fans will be allowed in when the season starts in early April.

The vast majority of Europe’s top soccer leagues and cup competitions continue to take place behind closed doors, including the Champions League. While most leagues look set to close their season in empty stadia, the English Premier League has plans underway to allow 10,000 fans into games for the final two match days. This means that every team will get to play in front of their home fans should the plan go ahead. If the ‘four step plan’ works out with its proposed timeline, they will be free of all restrictions in June, meaning next season could see full stadiums.

If we’ve learned anything this past year, it’s that things don’t always exactly go to plan. While we can go someway to speculating and predicting, it can all change at the drop of a hat. At the end of the day, we’ll just have to bide our time - but rest assured, our day will come, and it’s definitely within sight!

Is ‘Normal’ Sport Back in Site? 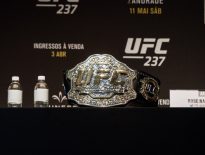 Homepage What's next for Israel Adesanya? 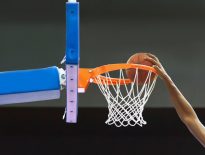