Hockey coaches have often been considered too conservative when it comes to pulling their goalies in attempt to gain back advantage at the end of hockey games. Thursday night during Game 3 of the Western Conference Final in San Jose, St. Louis Blues head coach Ken Hitchcock eschewed that conservative stigma, pulling Jake Allen off the ice in favor of an extra attacker with five minutes left to play.

“I was told by the new-school coaches that I’m to pull the goalie earlier, so I’m just following the analytics,” Hitchcock said.

Fans of hockey analytics are clamoring for coaches to pull goalies earlier, calling it a “no-brainer” decision given the mathematics. But Hitchcock had bigger issues to attend to first.

Prior to that Allen leaving the net, Hitchcock surprised fans by pulling starter Brian Elliott off the ice and putting in Allen. This decision came off of Tomas Hertl’s second goal of the game, which put the Sharks up 3-0 at the 6:09 mark of the third period.

Elliott has been solid for the Blues in the postseason, starting every playoff game prior to Game 4 and boasting a .925 save percentage this playoff. But it seems that when it rains it pours pucks for the veteran keeper, who allowed three goals off of seven shots in Game 6 in the series against the Dallas Stars. Hitchcock was forced to pull Elliott after that third goal as well.

But changing the goalkeepers isn’t the issue, according to Hitchcock.

In fact, the Blues coach isn’t worried about the current state of Western Conference Final affair in the least. When asked by a reporter if this is his team’s biggest challenge, attempting to fight through this series grind, Hitchcock’s response was classic.

A starting goalie struggling in a conference final game is disconcerting, but a head coach bucking conservative net-minding play during Game 3 is downright crazy. Or genius, depending on whom you ask.

In an article last year on fivethirtyeight.com, two writers addressed the rising trend toward aggressive goalie-pulling. One quote in particular, from Stanford Ph.D. Donald Morrison, stood out.

“If you pull the goalie with two and a half minutes to go, you have a 19 to 20 percent chance of tying the game,” Morrison told fivethirtyeight.com. “If a coach waits until the minute mark, the chances drop to 17 percent.”

But despite the aggressive nature of the sport, ice hockey coaches often seem to err on the side of caution. Maybe they are protecting their jobs or afraid that the risk is far greater than the reward. But the truth is constrained Bayesian estimation via Markov chain methods don’t lie. (Google “Strategies for Pulling the Goalie in Hockey” by David Beaudoin and Tim B. Swartz.)

Statisticians like Beaudoin and Swartz suggest home teams should pull the goalie when trailing by two with up to six minutes left. And they should even do this with about two minutes left while playing shorthanded. One strong argument for this brave behavior is that the extra attacker increases the probability the other team commits a penalty, enhancing the offensive advantage even more. That’s just science.

Personally, I believe in going for it on 4th-and-long, so I subscribe to the “burning the boats” mentality that comes with pulling the goaltender as early as possible if a team is trailing by two or more goals.

And in the case of Ken Hitchcock and the St. Louis Blues, not giving up another Western Conference Final game to the Sharks seems worth the risk, which may be why he started Allen in Game 4 over the weekend to rousing success — with his team evening the series 2-2. 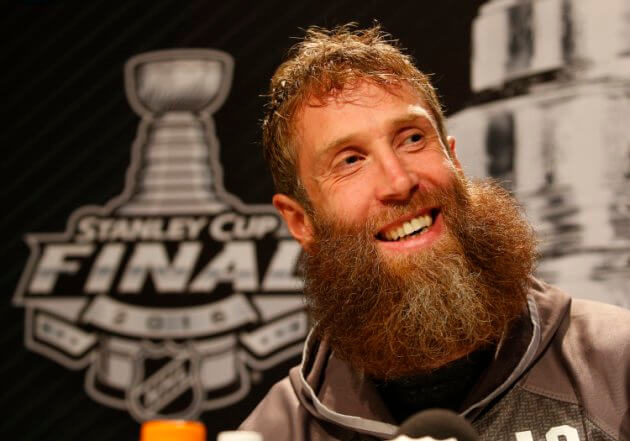