With the second NHL Draft Lottery complete, the order has been set with a top five featuring four teams looking to make selections that will immediately impact their teams for the upcoming 2020-21 season. With an original 3.5% chance of obtaining the pick, the New York Rangers were given the first overall selection followed by the Los Angeles Kings, Ottawa Senators, Detroit Red Wings, and Ottawa Senators again. (The third overall selection will be made by Ottawa as well as the fifth, due to the Erik Karlsson trade that sent the Swedish defenseman to the San Jose Sharks in exchange for the Sharks’ second round pick in 2019 and their first selection in 2020.)

Some franchises in the draft look towards taking team-specific needs in the present or look further down the road and simply take best available in hopes of developing a star. Let’s take a look at  who each top five team will take and compare it with who they should take in early October.

Alexis Lafreniere has been the consensus first overall pick for months now as he has torn up the QMJHL ever since he stepped foot on the ice in 2017 as a 16-year-old. He has won the league’s Rookie of Year Award, been named to the league’s All-Star team three times and was also named the CHL’s MVP for the last two seasons. This past season before the league’s postponement, Lafrieniere posted a combine 105 points (37 goals and 68 assists) in 61 games en route to his second MVP at the age of 18.

Though the Rangers already have star power on the left side of the ice in Artemi Panarin and Chris Krieder, Lafrieniere will fit right into the Rangers’ system and look to make an immediate impact this upcoming season.

Who the Rangers WILL take: Lafreniere

Who the Rangers SHOULD take: Lafreniere

Pairing a 6-4, 215 lb. center like Quinton Byfield alongside proven NHL talents like Anze Kopitar and Jeff Carter easily makes the case for the Kings to select him with the second overall selection. Byfield is coming off an impressive season in the OHL posting 82 points (32 goals and 50 assists) in 45 games. The Kings have been in the middle of a rebuild for a few years now and will look to Byfield to develop alongside other high draft picks of the franchise (Rasmus Kupari, Akil Thomas and Alex Turcotte) in order to create a nucleus of young and talented players that should be ready to make the leap to the NHL sooner rather than later.

Having just turned 18 years of age, Byfield is one of the younger entrants in the 2020 NHL Draft, but has valuable upside that the Kings amongst other teams will certainly value. There is a firm debate as to whether the Kings will select a fourth center for the fourth straight year, but talents like Byfield don’t come around very often, making him the clear decision.

Who the Kings WILL take: Byfield

Who the Kings SHOULD take: Byfield

With two picks in the first five overall, the Senators are in a prime position to add two impact, versatile players to their roster. With limited depth up front, the Sens will look to add offensive help by way the draft, beginning with left-winger Tim Stuetzle of the German Hockey League. Stuetzle was named the DEL’s Rookie of the Year in 2019 after posting 34 points (seven goals and 27 assists) in 41 games in the shortened season.

In pre-draft workouts, Stuetzle was given an A-grade by scouts for his speed as well as agility on the ice, and he posted the fastest skate time amongst his teammates at Mannheim. Experts predict that if the Senators select Stuetzle, he will only need one if not two years in the minor league system until he is able to make the jump to the NHL.

Who the Senators WILL take: Stuetzle

Who the Senators SHOULD take: Stuetzle

The Red Wings have a tough decision to make in either taking an elite forward in Marco Rossi or arguably the best defenseman in the 2020 draft class in Jamie Drysdale.

Rossi was the leading scorer of the OHL this past season, tallying 120 points (39 goals and 81 assists) in 56 games en route to being the league’s MVP over potential second overall pick Quinton Byfield. A key part of the penalty kill for the Ottawa 67’s, Rossi’s style of play has been compared to the likes of centers Claude Giroux for the Philadelphia Flyers) and Patrice Bergeron of the Boston Bruins.

However, it may be advantageous for the Red Wings to prioritize defense over offensive talent and take Drysdale. Drysdale, an 18-year old out of Canada and the OHL may be a longer project, but could provide valuable upside for the team in a few years. Seeing as Detroit used their first round selection in last year’s draft to pick Moritz Seider in order to solidify their backline, which has been an area of concern for the Red Wings ever since Niklas Lidstrom retired in 2012.

Who the Red Wings WILL take: Rossi

Who the Red Wings SHOULD take: Drysdale

After selecting an offensive powerhouse in Stuetzle with the third pick, the Senators have the option to continue building out their offense or pick up a developmental project that has a bright future. This pick will surely depend on what the Red Wings decide to do at #4, as Detroit will benefit from either Rossi or Drysdale. Ottawa could also try to make a deal by sending both of their picks to the Rangers in order to grab Lafreniere at #1, but chances of this draft night trade taking place is slim to none. In the end, Ottawa will be happy with either taking Rossi, Drysdale or a different player that has caught their attention during the pre-draft process.

A player to keep an eye on would be Lucas Raymond of the SHL who is similar to that of Rossi in that he plays both sides of the puck and could slot in nicely alongside Brady Tkachuk and Anthony Duclair.

Who the Senators SHOULD take: Drysdale

School in the Bay, Home in LA

Who Should Be The Top Five Picks in the NHL Draft? 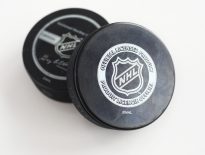 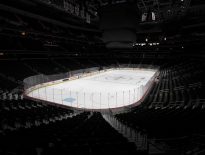