With the regular season finished, most of the round 1 playoffs have been played by the 16 teams involved. Some ties have already been settled, while others are featuring very close battles.

Two teams have already progressed through to the next round of the postseason, but it’s not last year’s champions the Tampa Bay Lightning. Not yet, anyway. There’s still plenty of hockey action left to watch, and it’s even more exciting as we edge closer to the final series.

After getting their hands on the Stanley Cup last year, reigning champions are looking for back-to-back NHL silverware. With a third-place finishing position in the Central Division, the Lightning are arguably the team to beat in the playoffs this year.

As it stands, the round 1 playoffs featuring the Lightning and Central Division rivals – the Florida Panthers – stands at 3-2, in favour of the 2020 Stanley Cup winners. With just two games remaining in the first round, the Lightning could confirm their progress into the next round with a win in the next tie.

If successful, and the Lightning manage to get the job done against the Panthers, then they will meet one of the other two teams from the Central Division. The Carolina Hurricanes led the Central Division in the regular season, and are currently 3-2 up in their round 1 playoff series with the Nashville Predators.

From the first round, we already know three of the final eight heading into the next round. All three had convincing wins in their respective matchups, and each franchise are now waiting to see who they’ll be playing in the next round of the postseason.

The Colorado Avalanche were the first team of the 16 to secure a place in the next round, beating the St. Louis Blues 4-0 in their series. Now, they’ll play either of the other two teams from West – the Las Vegas Golden Knights or the Minnesota Wild.

In the East, the Boston Bruins came away with an arguably surprising victory against the Washington Capitals, beating them 4-1 in the series. With two games to spare, the Bruins put them in a comfortable position awaiting to see if they’ll face the Pittsburgh Penguins or the New York Islanders in the next round.

The latest team to clinch a round 2 spot was the Winnipeg Jets. With a whitewash victory over the Edmonton Oilers – winning the series 4-0 – the Jets can rest for a few days before their next series in the postseason. The Toronto Maple Leafs are looking likely to meet them in round 2, as the Leafs are just one win away from the spot in the next round.

Do you think the Lightning will successfully defend the Stanley Cup? Think you know who’s going to be crowned victorious at the end of the playoffs?

Well if you do, be sure to check out some of the latest betting odds right here at CaptainGambling.com! Take a look at BetMGM – the leading sportsbook around right now! Alternatively, you can see everything that Unibet has to offer for the NHL playoffs if you click here. 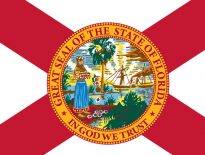 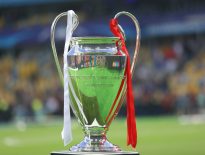