Last year the rehabilitation of the Pittsburgh Penguins' Matt Cooke became one of the league's best stories. Following a 2011 season that saw him suspended for the final 10 games, Cooke served only 44 minutes in penalties in 2012, a career low. His reputation as the league's dirtiest player influenced partial owner/franchise savior Mario Lemieux to issue an ultimatum: Clean your act up or you're gone.

To Cooke's credit, he chose the former. While others continued to chirp the one-time goon, the tenacious winger turned himself into a valuable asset for one of the league's best teams.

This “changed man” narrative makes his actions last night appear all the more troubling. Late in the second period of Pittsburgh's game with the Ottawa Senators, Cooke chased the Sens Norris Trophy-winning defenseman Erik Karlsson into the corner. Karlsson beat Cooke to the puck and kicked it away. The two came together against the boards before the Swedish defenseman fell to a heap in agonizing pain. Cooke could have pinned Karlsson cleanly against the glass. He could have bumped his opponent and skated back into the play.

It's gruesome to watch really. In stomping on the back of Karlsson's leg, Cooke lacerated the young star's Achilles tendon. The Penguins announcers insisted the play was inadvertent. TSN's experts concurred. Hockey is a fast game and often chaotic. When two players go into a corner anything can happen. Two hundred pound athletes clash (on ice, mind you) with the intent of rendering the other player obsolete.

But given the offending player, given the victim and given the video evidence, I have no doubt in my mind that Cooke intentionally stomped on Karlsson. At no point in any game should a player go into a corner with his skate off the ice. And yet there's Cooke, blade in the air, ready to come down on Karlsson's leg with force.

Now the Senators' best player, the NHL's best defenseman, a star entering his prime at 22, will miss the rest of the season because of Cooke's actions — actions I'd define as cowardly, selfish, cruel and disgraceful. The English major in me wants to call them pusillanimous.

Some have suggested that if any player other than Cooke was involved, the uproar would be significantly more subdued. But it was Cooke, and he lost the benefit of the doubt years ago.

As Cooke approaches McDonagh his elbow is tucked. As soon as the defenseman retreats even a fraction, however, Cooke realizes that his body check will miss. He instinctively throws out his elbow to make sure he catches McDonagh, lest he fail to complete his job.

I don't think Cooke skated across the ice with the intent of elbowing the young Rangers defenseman. He simply reacted that way. The same is true for the incident with Karlsson. Karlsson moves to protect himself, bracing for the impact of Cooke's body check. Cooke knows he has a chance to line up a key opponent cleanly, as was the case with McDonagh, but when the opportunity slips he turns to more grisly tactics.

This is a guy who has been suspended four times by the league for dangerous hits. His most egregious cheap shot should have earned him another. Instead, it just effectively ended Marc Savard's NHL career. No amount of fair play can erase that record.

The league needs to make a strong ruling here. Chris Simon served a 30-game suspension for his stomp on Jarkko Ruutu in 2007. Cooke should receive that and more. Alas in the TSN clip, insider Bob McKenzie reports that the league won't even consider disciplinary action.

It appears the onus then is on the Pittsburgh Penguins, the franchise that championed harsher penalties for dangerous play, that watched its own star miss significant time from so-called “incidental contact.” If I'm their owner, I'm letting Matt Cooke know that his services are no longer needed.

A league that continually preaches player safety has no place for such heinous actions. I wanted to believe that Cooke could play effectively within the rules, but it appears he just can't help himself. For Ottawa, for Karlsson, for hockey fans everywhere, even for Cooke, it's a damn shame.

20 Replies to “Matt Cooke Should Be Banned From The NHL”

Matt Cooke Should Be Banned From The NHL 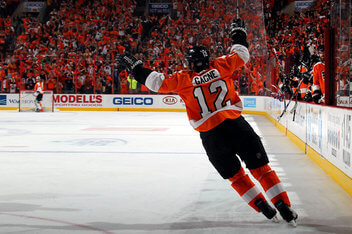