The headline patiently waits on the ticker, stuck behind three for the NBA, two for the NFL, and one for an early season highlight between the American League’s best teams. Finally the screen flashes to display the grinning face of ESPN’s NHL mascot. Barry Melrose, nothing more than a mullet and a Canadian accent, spends two minutes discussing the previous night’s action in spurts of hyperbole and superlative. One team was awful, the other was great, Barry exits stage right, the accompanying anchor offers a smile of his own and the viewer is left feeling satisfied that ESPN spent time on hockey.

But is that coverage or patronization? I’ve started to believe it’s the latter. Sportscenter will sandwich a decidedly average goal between a diving catch and a mundane dunk on the top plays. The uproar from the hockey community rises from annoyed in the regular season, to borderline outraged in the postseason.

“We’ve already seen the basketball highlights four times, let’s see some hockey,” they say. It’s a common complaint. And to be fair, ESPN doesn’t devote nearly enough time on the sport to appease a loyal and passionate fan base.

However, I’m not here to admonish the World Wide Leader’s treatment of puck. While I don’t think they cover it well, they have little reason to. In a microcosmic criticism of ESPN mainstay Bill Simmons earlier this week, my colleague Mark Trible explored the underlying problem of the sports giant: it’s grown too big for its own good.

Sportscenter curtails to the masses, leaving little space for the nuanced fan. Instead ESPN introduces characters and topics for the sole purpose of inspiring debate. Bill Belichick may or may not hate Tim Tebow and it’s suddenly a headline. Three or four different analysts offer their opinions on the opinion of a man that more than likely none of them have spoken  with about a player that just wants to join another football team. In the mean time Mike Richards, the former captain of a Stanley Cup finalist, leaves a game with a concussion and he barely garners a mention.

Hockey has no place at ESPN because the masses simply don’t care. The game is too particular and, to use the same word again, nuanced for the casual or non-fan. In addition, ESPN has little vested interest in a sport it hasn’t aired since 2004. Yet fans will turn to the channel because it’s long been routine. We want highlights and there’s only one place that provides them. As a result, it’s easy to become frustrated when we want to see Justin Williams open the scoring for the Kings but have to settle for a Royals loss in the time constraints of the morning.

But should hockey fans really lash out at ESPN or encourage the network that actually carries the game, NBC? The fact remains that the NBC Sports Network has much to improve in terms of presentation. Doc, Edzo, and Pierre offer a great viewing experience through nurtured chemistry, playful banter, and a direct approach to analyzing the overlooked parts of the game. However, the studio show orchestrated by Liam McHugh leaves much to be desired. McHugh himself is very good but he is often left with the insufferable task of containing Mike Milbury and Jeremy Roenick. Both ex players toe the fine line between eccentric and moronic too often. We’re left with little substance in the process.

And can you even name NBC Sports highlight show? In all likelihood you can’t because I can’t and I watch the channel on a daily basis. NBC reupped its contract with the NHL in 2011. It’s exciting, it’s great for the sport, it’s a step in the positive direction for a growing network and a growing game- but the complaints towards ESPN’s lack of hockey coverage only reinforce the notion that the NBC Sports Network has a long way to go.

Until then, think about who deserves more criticism as a mascot delivers the one hockey highlight on the 7 am Sportscenter.

6 Replies to “ESPN, NHL And Searching For The Limelight”

ESPN, NHL And Searching For The Limelight 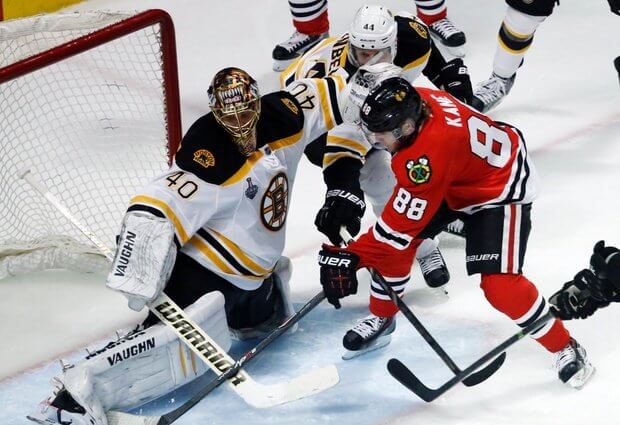 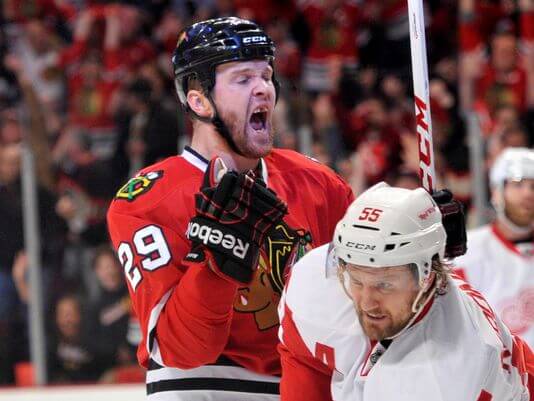