No one quite knows what to expect when the 2016 World Cup of Hockey drops the puck. For one, the NHL-run tournament will be broadcasted on ESPN, a network that last had rights to the league in 2004. This is the World Wide Leader's chance to prove that it does in fact like hockey.

Then there's the competition itself. The World Cup of Hockey was last played 12 years ago in a forgettable tournament. Canada won, but if you recall, an NHL lockout that wiped out an entire season followed. The timing couldn't have been worse.

Now the World Cup returns with a new format. Rather than invite upstart European countries to the fray—no love for Switzerland, Denmark or Germany—the NHL decided to include an all-European team (with apologies to Finns, Swedes, Russians and Czechs) and an under-23 North American Team. It's certainly bold.

With ESPN involved, makeshift teams and Adidas sweaters, cautious optimism if not apathy has surrounded the buildup so far. Here are the things we're excited for, and some things that, well, we're not.

Few men have done more to grow the popularity of hockey in the last decade than ESPN’s beloved Bucci. He’s popularized phrases that have now become standard in the lexicon: "thin mints", "twisted wrister", and "lettuce." He’s continued to push #CawlidgeHawkey to his extensive twitter following. And, most importantly, he remains a bastion for the sport at a network that, in many people’s eyes, ignores it.

But while Buccigross has become one of ESPN’s preeminent anchors, he was at his best in the days of NHL 2Night. With his deep knowledge of the game and unique delivery—"holy shnikeys, what a shot!"—Buccigross proved a perfect foil to commentators Barry Melrose and Ray Ferraro. It was Bucci, Barry and Chicken Parm.

Buccigross will return to the role of studio host once the tournament moves into the knockout stages. Then his presence will be as welcome as that wonderful theme music.

For as good as Bucci is elsewhere—Twitter, SportsCenter, NHL2Night—he’s a work-in-progress as a play-by-play man. But that’s the role he’ll assume as the Cup starts Saturday. He’ll call Canada’s opening game against the Czech Republic alongside Kevin Weekes (see below) and will serve as the network’s number two guy behind Steve Levy (who is very good for what it’s worth).

This is a no-win situation for ESPN, and I suppose hockey fans. Buccigross is essential to selling the World Cup to a broader audience. In that sense, he should receive first refusal from the company. But, to be blunt, he lacks the nuances of hockey’s top play-by-play voices. Think of Doc Emrick. Think of Bob Cole. What both men do so well is match their voice to the action on the ice without overselling any one play. Buccigross, on the other hand, has a tendency to become excitable when the action doesn’t call for it.

In addition, he fills his broadcasts with jargon and colloquialisms that work on Twitter and in the studio but not on the mic. For example, he spent an entire Penn State-Minnesota game last winter calling Minnesota the “Gophs” instead of Gophers. Maybe he’ll feel less pressure in the NHL setting. Buccigross likely, and rightfully, sees himself as the voice of college hockey. He doesn’t hold that distinction in the pros. The result should be a better display, but it’s worth keeping an ear on. 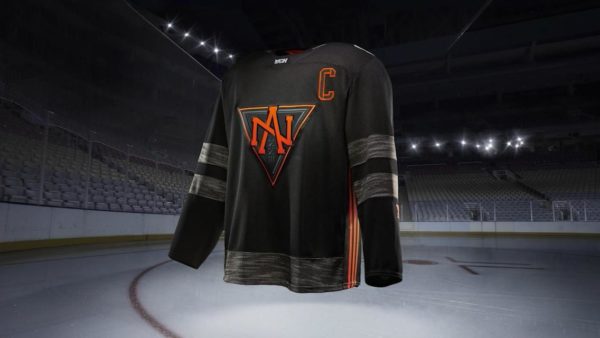 If only the NBA, NFL and especially MLB could match this brilliance. Leagues have been struggling for years to find the best way to market their young stars. Here, the NHL just slapped together a team of players ages 23 and younger, put it in sharp, anarchic sweaters and had ready-made stars to fill the roster: Johnny Hockey. Shayne Gostisbehere aka Ghost.

If the pre-tournament games are any indication, it’ll be a huge success. Connor McDavid has been the best player on the ice thus far. This year’s first overall pick, Auston Matthews, has impressed in his limited time as well. Team North America, made up of players 23 and younger, is fast, skilled, fearless and fun to watch. Who knows, it may even threaten to win the thing. 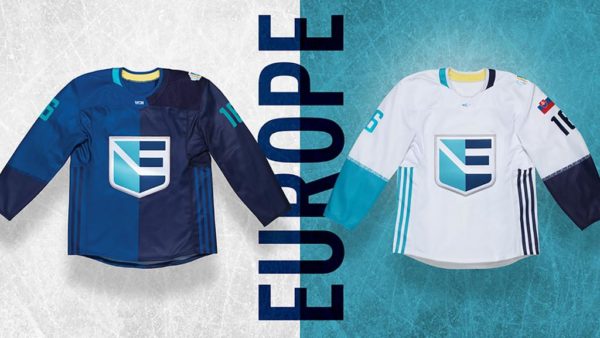 Slovakia skated to the bronze medal in the 2010 Winter Olympics thanks to a core that included Zdeno Chara, Marian Gaborik, Marian Hossa, the late Pavol Demitra and goaltender Jaroslav Halak, who was brilliant in the tournament. Now, the country was left off the World Cup ticket in favor of an all-Europe squad. There is good reason for this. Slovakia no longer has as many NHL players as it had in years past, and other emerging hockey nations, namely Switzerland and Denmark, have only a handful of North American-based players.

So, rather than have a qualification in place for the eighth and final spot, the NHL decided to lump its non-top six (US, Canada, Russia, Czech Republic, Finland, Sweden) representatives together.

What you have is a team with aging stars—Chara, Hossa among them—and a few plucky youngsters—Slovakia’s Tomas Tatar and Germany’s Leon Draisaitl. Only Anze Kopitar of Slovenia and Swiss defenseman Roman Josi could be considered in-their-prime talents. Furthermore, there’s little motivation for the Europeans. At least Team North America is playing for some semblance of respect. The Europeans are just playing. This rings of a pity invite.

He’s one of hockey broadcasting’s rising stars even if he’s away from the national spotlight. Weekes has been made NHL Network eminently watchable even as the channel struggles to find its footing. He’s funny, intelligent and has a knack for finding storylines that define games. It’ll be great to see the former backup goalie on a wider platform next to an established voice in Buccigross. If you’re looking for a breakout star off the ice, it might just be Weekes.

At this point in his career, Melrose is little more than ESPN’s hockey mascot. He’s a walking caricature—the brazen suits, the slicked back hair, the mustache and beard, the Canadian accent. He’s America’s answer to Don Cherry despite no one asking for one. Melrose rarely says anything of note. Instead, he fills his television spots with clichés—the team that wants it more is going to win, he’ll assure you—and guffaws. The louder he laughs, the more people like him.

There are plenty of intelligent reporters and ex-players in hockey broadcasting. Melrose is not one of them.

Nothing beats International hockey. Think the World Junior Championships each Christmas. Think of the Olympics. Think of T.J. Oshie or Ryan Miller or, if you’re Canadian, Sidney Crosby. Think of the postage stamp Peter Forsberg inspired.

The World Cup has produced its fair share of memories as well. The Americans’ victory in the 1996 addition marks the high-point of the US hockey since the Miracle on Ice. For Canadians, Mario Lemieux’s game-winner in the 1987 Canada Cup, as the competition used to be known, ranks up there with Paul Henderson and Crosby as far as iconic goals go (Sidenote: the final series of that Canada Cup was a three-game affair between the hosts and the Soviet Union. The scores were 6-5, 6-5, 6-5. Head to YouTube asaptually).

With talent on every roster, there’s good reason to believe this tournament could restore the glory to what was once a heavily anticipated competition.

Cup Half Empty: Peace out, Olympics

As in, Olympic hockey may cease to exist as we know it. The Canada Cup, and later the World Cup of Hockey, emerged as an answer to the amateurism of the Olympic Games. There was no international competition for professional players. Since 1998, however, the Winter Olympics have become hockey’s premier showcase. It’s one of the rare times where the sport steps into the spotlight. On the other hand, the tournament disrupts the NHL season, and the owners don’t like it. It takes money out of their pockets, not to mention risks injuries to their best players.

So it’s no surprise that Gary Bettman and company balked at sending their league to Sochi two years ago. Vancouver and Salt Lake City is one thing, Russia is quite another. With PyeongChang, South Korea up next, there’s a growing sentiment that the NHL will not return to the Winter Olympics. If this World Cup is a success, you can bet it won’t.