The 2016 Stanley Cup Playoffs begin tonight, and once again hockey fans all over the world are wondering if anyone can stop the Chicago Blackhawks. The team from the Windy City has pretty much dominated the league for the past seven years, winning three Stanley Cups. In defense of Lord Stanley, once more they’ll have a chance to become the first team in the salary cap era to win back-to-back championships.

This has been a pretty evasive feat for all of the recent champions, including the Blackhawks, who have failed to repeat twice. Perhaps this year will be different, but there could be a couple of teams that stand in their way.

Yes, there are 16 teams in the playoffs as always, but here are six that are legitimate contenders, wishful pretenders or perhaps a potential sleeper that can pose a serious threat in the coming weeks.

Until proven otherwise, the 'Hawks should never be overlooked. Even though they’ve only won six of their last 15 games, the defending champions know how and when to turn on the switch. While Jonathan Toews didn’t produce as much as he usually does, the Blackhawks found another scorer to pick up the slack. Artemi Panarin, the 24-year-old rookie center, has stepped up and produced for a team that was desperate for another scorer after the offseason trades of Patrick Sharp and Brandon Saad. With 77 points, Panarin finished in the top 10 in scoring among forwards.

Overall, this team is at a crossroads. A lot of players are another year older, and a lot of new faces will be in the playoffs for the first time. Will head coach Joel Quenneville be able to hold them together and guide them to another deep run? Here’s what one Blackhawks fan said:

“Coach Q has done what he can with injuries,” Lori Gurka (@followthatband) said. “But they can’t afford to lose people like Duncan Keith and Crow (Corey Crawford). Patrick Kane will be the weapon to beat, and Panarin will be a huge issue for other goalies.”

Whenever the Blackhawks don’t represent the Western Conference in the Stanley Cup Final, it’s the Los Angeles Kings that carry the torch. These two teams have been trading championships since 2012, so why would it stop now?

The Kings completely missed the playoffs last season, mostly due to injuries. This year the team remained predominately healthy and even had a chance at the division title up until the last game of the season. Without a deep run last season, the Kings have fresher legs than most of this year’s playoff teams. It’s not the best logic, but it is also an even year as recent history says that the Kings will make a run at the Cup. The team hasn’t lost too much since 2014, so the band is still together. Health is on L.A.'s side, and Darryl Sutter is still one of the best coaches in the league.

“Overall it was a successful season by most standards,” quipped Kings fan Mark Mayberry (@txcopfromcali2). “However, they were streaky at times, and they struggled with playing a solid 60 minutes. They lost several games when leading in the 3rd, which is very uncharacteristic of past teams.” 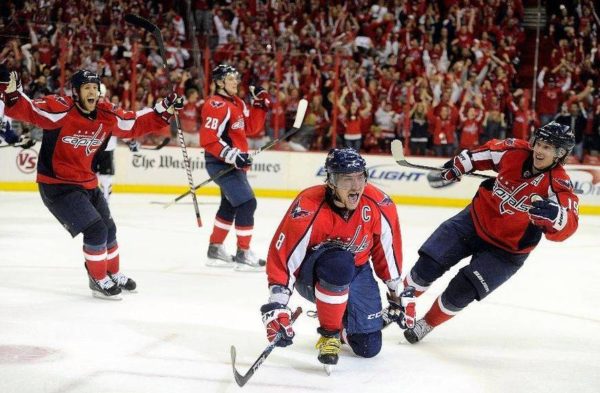 No team has underperformed more in the past decade than the Washington Capitals. In five of the last eight seasons, the Capitals have earned more than 100 points while winning two Presidents’ Trophies. In two of those other three seasons, they’ve earned at least 90 points. The one season they didn’t have 90+ points was the shortened lockout season when they finished with a record of 27-18-3. Yet, their last three playoff runs have ended at the hands of the New York Rangers. Each of those three series went the distance, although two of those Game 7s were played at Madison Square Garden.

This year, the Capitals could avoid the Rangers altogether if the red-hot Pittsburgh Penguins stop them in the first round. Either way, the Capitals would be a bit perturbed by their second-round opponent. They don’t have a long postseason history with the Penguins, but the one time they faced off with each other, Washington came up short in a seven-game series.

This Capitals team is different. They’re deeper, more seasoned and they’re hungrier than ever.

“This is the most complete team we’ve ever had,” Chris Nelson (@dcmadness202) said. “The offense, defense and special teams have all been great. But, what really impresses me is our depth. We have a young but experienced core with a couple of veterans. I think the X-factor will be Evgeny Kuznetsov. This kid was so worth the wait from the KHL. If he keeps up the momentum from last year's postseason, I think we'll do well.”

Whereas the Capitals have been the most underachieving team in the Eastern Conference, out west that label has recently been applied to the St. Louis Blues. In four of the last five seasons, the Blues have earned a minimum of 107 points. The one season they didn’t have 107 points was the shortened lockout season when they finished 29-17-2. Winning all of these regular-season points has given them home-ice advantage in many playoff series. However, they’ve lost four of their last five series when they had the advantage.

This year it’s the same story. They have home-ice advantage in the first round against the defending champion Blackhawks. The last two times this has happened, in 2013 and 2014, the Blues came up short in two six-game series. Prediction: Some things never change, Blackhawks in 6, and Ken Hitchcock gets fired the next day. 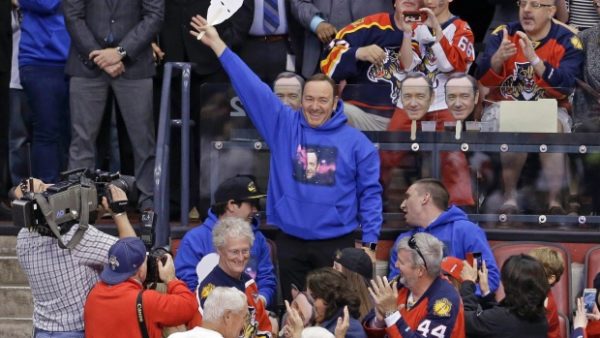 The most surprising one seed in this year’s playoffs is the Florida Panthers. They are also far and away the youngest one seed in the field. Even with a lot of first-timers in the playoffs on this team, the bevy of the production comes from aging veterans. Two in particular stand out more than others. At 44 years old, Jaromir Jagr has played 79 games this season and led the team with 66 points. In addition, 37-year-old Roberto Luongo won 35 games this year, had a goals against average of 2.35, a save percentage of 92 percent and four shutouts. There is truly nothing like veteran leadership, especially when those leaders can still produce at a high level.

However, these two alone can only carry the Panthers so far in the playoffs. This team is loaded with young, inexperienced players who will have to produce against veteran-laden teams that will play much differently than they did in the regular season. Their first-round opponent is also an upstart team that might actually be harder to beat than anticipated. The New York Islanders have been to the playoffs before, so they’re slightly more experienced than the Panthers. However, the Islander goaltenders combined for only a percentage of Luongo’s playoff experience.

Good goaltending will carry the Panthers to the second round. Prediction: Panthers over Islanders in 5, but the in-state rival Tampa Bay Lightning will beat them in six games in Round 2.

In the last 11 NHL seasons, the San Jose Sharks have won 10 playoff series. Last year the Sharks missed the playoffs for the first time since 2003. Rightly or wrongly, for the longest time before last season the Sharks were considered an elite team. From 2008 to 2011, they won four straight division titles, five playoff series and made two Western Conference Final appearances. Since then they’ve only won one series and have lost twice to the Los Angeles Kings.

No first-round matchup burns hotter than this one out in California. Both the Sharks and Kings missed the playoffs last year, but they have played each other three times in a four-year span. In a fierce playoff rivalry, Los Angeles has won the last two series, but both of them went the full seven games.

As a three seed, the Sharks will have to play a lot of road games to advance. However, San Jose played really well on the road this season, finishing with a record of 28-10-3. That shouldn’t be overlooked at all. All the Sharks have to do is win one road game in each series to gain home-ice advantage. Stranger things have happened in the Stanley Cup Playoffs, and the Sharks could be primed for another deep run.

“The team finished behind Anaheim and Los Angeles, but they looked pretty good this season,” Dwayne Dunham (@thelibraicon) said. “I keep going back to two years ago, and that team looked defeated. And last year, that team looked detached. Guys didn’t like each other, and it was just more of a business atmosphere instead of fun. This is a deep team. I see the chemistry, and it’s pretty great to see. The Sharks did win the season series, 3-1-1, but all of that is thrown out of the window. Put that road record to work, and get a win.”

I'm a lifelong fan of all Detroit sports, and I love all Michigan State sports