Like most everything in the NHL, change cannot be facilitated without controversy. League officials, players, owners, fans and the media have drawn battle lines over what would be the best move to ramp up scoring. Some claim making the nets bigger would solve the problem; others feel that goaltender equipment needs to be made smaller. Either way, there isn’t going to be an easy fix.

In 2013, the league instituted shallower nets, which increased the number of wraparound shots going in, but decreased the number of goals being scored from the usual passing lanes. The length of the net remained the same, but scoring has declined over the past two seasons. There seem to be more scrums in front of the net, and hard shots quickly rebounding out, requiring more video replay analysis to verify goals.

It’s hard not to notice that today’s goalies look like Michelin tire men with their enormous leg pads and gloves that baseball infielders would likely kill for. Plus, the men wearing the pads have grown larger over the years. Gone are the days when the average NHL goalie was under six-feet tall and weighed less than 200 pounds. Guys like Mike Richter, Ed Belfour, John Vanbiesbrouck, and Arturs Irbe are all dwarfed by current netminders.

Leading the explosion of stature is Tampa Bay Lightning goaltender Ben Bishop, who stands a monstrous 6 feet, seven inches tall. Not far behind are Chicago’s Scott Darling, Minnesota’s Devan Dubnyk, and Dallas’s Anders Lindback, all coming in at 6’6″. All told, there are 40 goalies who are 6’2″ or taller, compared to 20 years ago, when many of the league’s top goalies were barely 5’11”. When the guy minding the net could easily double as an offensive lineman in the NFL, it’s no wonder scoring is down. And let’s not forget that these guys are in top physical condition.

While bigger netminders aren’t stopping players like Sidney Crosby and Patrick Kane, scorers of that caliber surely wouldn’t mind having a larger net. Goalies, however, are reticent to give up the inflated pads and the smaller net because none of them wants to see their goals-against averages go through the roof, especially when it comes time to negotiate a new contract. It is unlikely we will ever again see the level of scoring that took place during the days of Gretzky, Messier, Bossy and Trottier. And let’s keep in mind that goalies used to look like this:

Some members of the Canadian sports media are having a series of conniptions over this issue, and Colin Campbell, the NHL’s Senior Executive Vice President, and Director of Hockey Operations insists that goalie equipment will start shrinking by the start of the 2016-17 season.

Patrick Kane told the Chicago Sun-Times that he would welcome smaller goalie equipment: “I know players shoot with a lot more velocity and acceleration than they used to, but maybe if you could take down the goalie gear a bit first, and then see how that works instead of widening the nets. I think any offensive player would like to see that.”

Respected Canadian hockey writer Eric Duhatschek thinks the larger nets/smaller equipment dilemma might need a drastic measure like another lockout to gain any movement between the league and its players. Both sides have to work together to come up with an amicable solution that will please the fans, as well as keep the game consistent with its present incarnation.

The players are bigger, faster, and stronger than they’ve ever been. Scoring is, of course, the reason why we watch, but the NHL doesn’t exactly have the best track record when it comes to attempting to improve the sport. Shrinking the equipment might be the best way to solve this dilemma in the short-term. The players aren’t likely to get any smaller, and giving them a larger target to shoot at won’t solve the problem.

The league, its fans, and the media have to make peace with the fact that today’s game barely resembles the game they knew and loved a few decades ago. We need to celebrate the immensely talented young players in today’s league and quit whining about how much we miss the game as it used to be. Goalies have morphed into redwoods, and forwards just don’t score as much as they used to. Relax, get over it and enjoy the game. 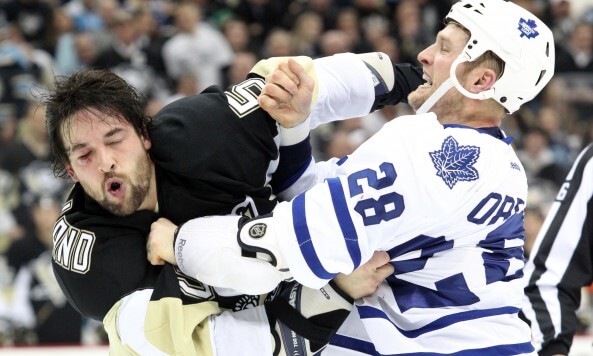 Hockey The Impossible Debate On Fighting In The NHL: How … 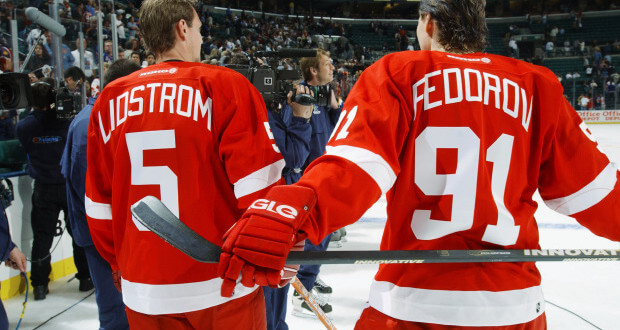