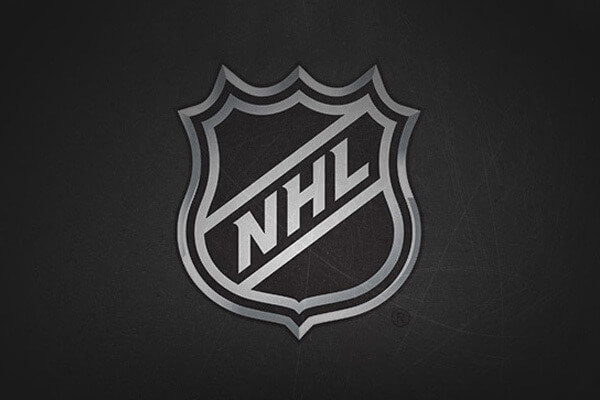 The National Hockey League returns tonight with many of last season's story lines still intact. The defending champion Los Angeles Kings and Chicago Blackhawks are still the two teams to beat out west, while the Boston Bruins reign supreme in the east. Sidney Crosby is the best player in the world, and Alexander Ovechkin the most polarizing both in terms of production and perception.

Toronto remains a dumpster fire waiting to happen, concussions are just around the corner, and Gary Bettman is still a hated man despite guiding the NHL to new heights in popularity and revenue.

But like any other professional league, the subplots make the season interesting. Here, I consider five questions that will dominate the headlines in 2014-15 beyond who will lift the Stanley Cup come June. For the record, the Philadelphia Flyers will. Obviously. 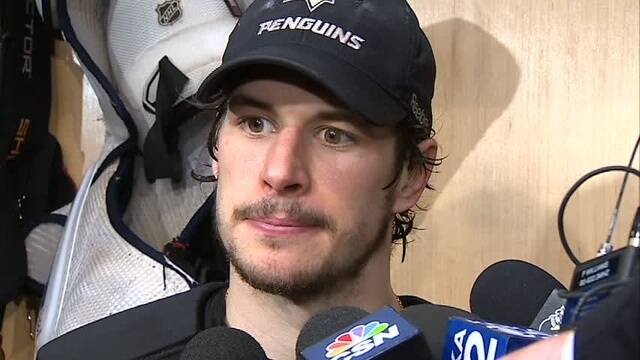 Can Mike Johnston Get The Most Out Of The Penguins?

At the 2014 NHL Draft, a Pittsburgh beat writer briskly walked past me and threw down his notebook onto a table. Former 41-goal-scorer James Neal had just been traded to the Nashville Predators.

“I haven't liked anything this organization has done in three months,” the writer replied.

After bowing out to the New York Rangers in the second round of the postseason, the Penguins cleaned house. They fired general manager Ray Shero and head coach Dan Bylsma, both of whom led Pittsburgh to a Stanley Cup in 2009. The moves reeked of desperation. The beat writer, the fans and the organization were fed up for different reasons centered on one fact: Pittsburgh underachieved yet again. The club was wasting Sidney Crosby's prime.
Crosby, no longer a kid, is entering his 10th NHL season.

The man now in charge of guiding the world's best player has no prior NHL head coaching experience. Mike Johnston spent the last six seasons at the helm of the Portland Winterhawks, a major junior team in the Western Hockey League. Johnston's tenure in the Rose City was marked by a steady stream of NHL prospects. At least three Winterhawks were taken in the NHL Draft every year starting in 2010. Johnston will now be charged with developing the Penguins' cast of youngsters to buttress the Crosby-Evgeni Malkin-Kris Letang core.

But that outlook requires patience, and Johnston will likely receive none from fans hungry for another Stanley Cup. They won't get one this season. The Penguins have too many holes, most of them in and around Marc-Andre Fleury, but also on the blue line and the wing.

Can Johnston succeed in the long run? Sure. But with Crosby ostensibly one bad hit away from retirement, the long run may come to an abrupt stop. 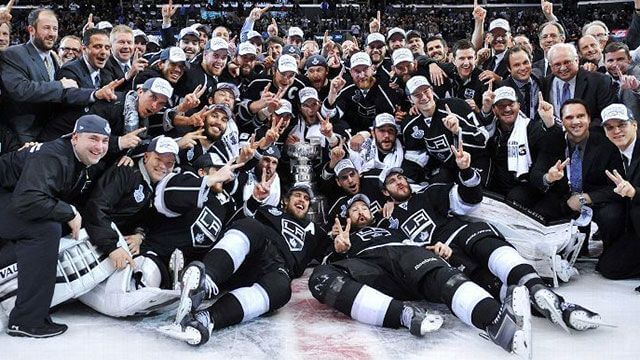 Can Any Team Challenge Chicago Or Los Angeles Out West?

In 2013, the Detroit Red Wings led the Chicago Blackhawks three games to one in the Western Conference semifinals. A year later, the San Jose Sharks held a 3-0 series advantage over the Los Angeles Kings in the first round. As you likely know, however, both the Hawks and Kings rallied to win those series on their way to the Stanley Cup.

Still, the point remains — no one is unbeatable. The Wings nearly took out Chicago, the best hockey team since the Detroit clubs of the late 1990s and early 00s. The Sharks had the Kings, who later vanquished those same Hawks, on the ropes.

So yes, someone out West can challenge L.A. and Chicago. In all likelihood, Anaheim, with the addition of Ryan Kesler, has the best chance to do so. St. Louis is the third best team in the conference on paper, but the Blues fell to the Kings in the postseason in 2012 and 2013, and then dropped a six-game series to the Blackhawks in 2014 after taking a 2-0 lead. At some point, St. Louis will have to prove it can hang with the big boys. Maybe this is that year.

But make no mistake. Chicago and Los Angeles remain the gold standard in the league, not just the Western Conference. 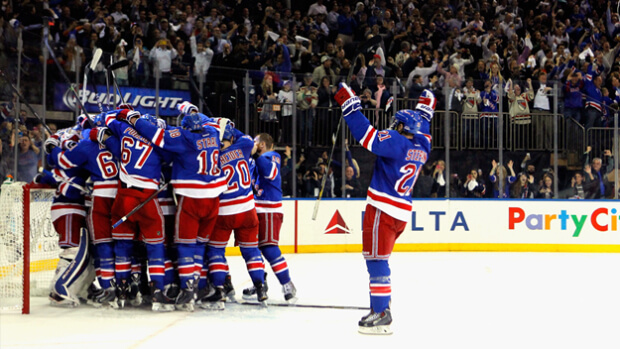 Can The New York Rangers Repeat In The East?

Why do I ask myself yes or no questions with complicated answers? I don't know. The Rangers can repeat in the East for the same reason they won the conference a season ago. They have a great mix of speed and grit at both ends of the ice. With the departure of the much-maligned Brad Richards, the club has only gotten faster this offseason. Oh, and it helps to have Henrik Lundqvist in goal.

While New York will have little trouble preventing goals, the Rangers may struggle to score them. Rick Nash and Martin St. Louis are the Blue Shirts' two best point producers. Neither can be relied on to score as much as they once did. The Rangers will need their supporting cast to step up in order to replicate last season's success.

For now, as it was a season ago, Boston is the team to beat in the Eastern Conference. 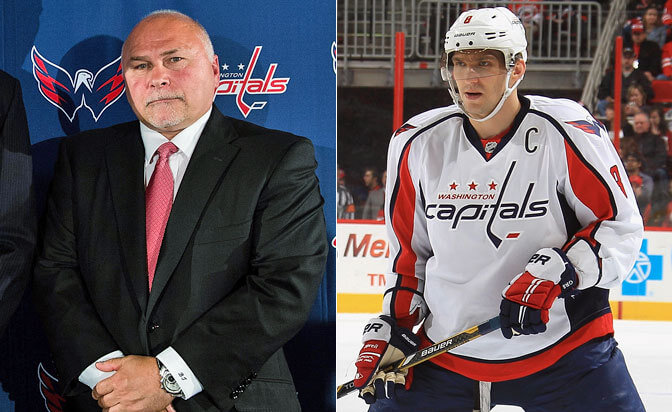 In short, not well. Trotz likes his teams to play low-risk, defensively stout games. Consider that only four Nashville Predators, whom Trotz coached prior to his dismissal at the end of 2014, ever scored 30 goals in a season. Jason Arnott's 33 in 2008-09 remains the franchise record. To be fair, Trotz has never had a player of Ovechkin's caliber so we'll have to see how the coach deploys him on the ice. What we do know is that the Capitals' captain often checks out of games defensively and has fallen out of favor with coaches before.

Trotz is more Dale Hunter, although a much better version, than Adam Oates or Bruce Boudreau. Ovi, remember, scored just 38 goals and 65 points in Hunter's lone season in charge in 2011-12. Ovechkin will still get his power-play markers, but don't expect him to bag his usual 50 goals. 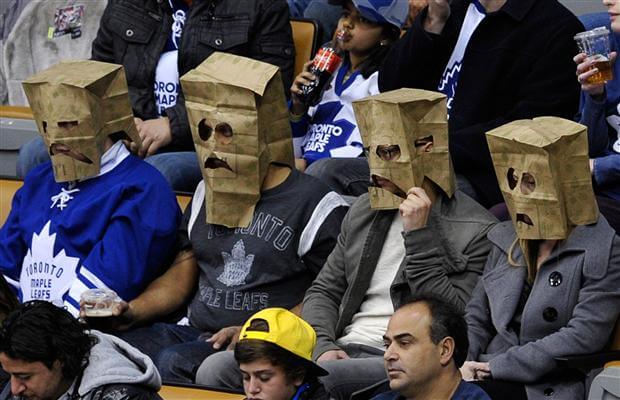 Will Canada Send More Than One Team To The Playoffs?

Montreal is Canada's best team; let's just get that out of the way. With P.K. Subban locked up long term, Carey Price in goal and a strong group of young forwards up front, the Habs should challenge for Eastern Conference crown once again.

As for the other six clubs north of the border, your guess is as good as mine. Let's start out west where the Vancouver Canucks and Calgary Flames are mired in rebuilds. Both are searching for an identity to recapture their success in the years following the 2004-05 lockout. Edmonton can be summed up by this video. The Oilers boast three first-overall draft picks in Ryan Nugent-Hopkins, Nail Yakupov and Taylor Hall, as well as high-scoring winger Jordan Eberle. All are still very much in the early stages of their careers. But at some point that potential must translate into results. In a stacked Western Conference, one that saw five teams make the playoffs out of the Central Division a season ago, I don't see that happening.

Speaking of the Central, the woeful Winnipeg Jets have slipped out of the honeymoon phase of their return to Manitoba. The Jets have talent — Bryan Little, Dustin Byfuglien, Evander Kane, Andrew Ladd and Blake Wheeler — but seemingly no direction or stability. Playing against the likes of St. Louis, Chicago, Colorado, Minnesota,] and the new, high-flying Dallas Stars will keep Winnipeg out of the postseason picture again.

Ottawa is in a similar position to the Western teams. After a steady string of playoff appearances, the Senators fell off a bit in 2014. They lost Daniel Alfredsson prior to last season and traded away captain Jason Spezza in the offseason. Ottawa will go as far as goaltender Craig Anderson will take the team. Last year, that wasn't very far.

And there's the Toronto Maple Leafs, new season, same old story lines. All I can say is get your popcorn ready. The Leafs have mastered the train wreck over nearly 40 years of playoff futility.