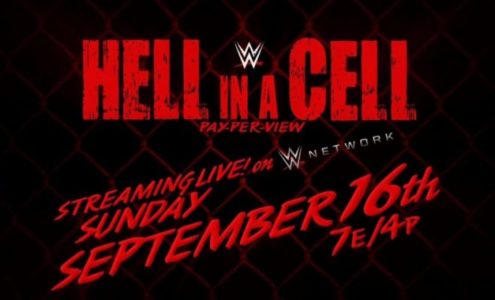 WWE HELL IN A CELL is back for its 10th installment, with both the Raw and Smackdown brands being featured on one show there's an opportunity for mash ups. Sunday's card will feature two matches with the show's namesake structure in use, which seems like a low ball to fans. However, the less is more model applies here, as the aftermath of Summerslam will be played out with new wrinkles around the company's prestigious titles. Even without every match taking place in the structure, it will deliver.

SmackDown Tag Team Championship -- New Day (c) vs. Rusev Day: The New Day have defended the tag titles at the past 4 HIAC pay per views. That is not a coincidence, but rather a testament to the great display of work by the trio. Rusev Day enters Sunday born again after a teased breakup between the group. While refreshing to see Rusev Day in a meaningful storyline, look for the 5-time champs to successfully defend the belts on their 5th Hell in a Cell title defense.

Jeff Hardy vs. Randy Orton (Hell in a Cell Match):  If you can only do two cell matches, let's reserve one for Jeff Hardy. This feud has been force fed to fans but it's starting to draw reactions. If anything it has opened the gates to a more vile Randy Orton whose best playing a dark character. The cell will serve a purpose for Orton to be menacing and maybe give fans more ear gauge pulling. Jeff Hardy is great in high-risk scenarios and will provide excitement. But again please, for the love of God, no more death-defying stunts from the old man and no more promos while we're at it. Hardy extracts his revenge but at what cost?

Daniel Bryan & Brie Bella vs. The Miz & Maryse: The first match announced for this event gives us another chapter in the Bryan/Miz feud. This time their respective wives are involved, which digs into the angle of animosity of the superstars. Brie, as well as Maryse, have both given birth within the past year which makes them amazing that they will enter the ring so soon. Expect the story in this match to shift away from Bryan/Miz and onto Brie/Maryse for the definitive winner. These two aren't quite finished with each other as this story is still cooking. The "IT" couple squeaks a win out.

Raw Tag Team Championship -- Dolph Ziggler & Drew McIntyre (c) vs. Seth Rollins & Dean Ambrose: The B-Team was extracted out of the title picture quickly, as Ziggler and McIntyre have put their stamp on the Raw brand. First, it was within the Intercontinental title picture with Ziggler taking on Rollins, now as a tandem to revitalize a stale tag team picture. The reunited Shield will be their first test in what looks to be a longstanding feud of Raw vs the Shield. The eventual money is on the Shield holding all the Raw belts and maybe a triple threat between the workhorses at Wrestlemania down the line...but that is not what's on the menu for tonight.

With the show-off and Scottish psychopath having a new leader in Braun Strowman, this feud still needs some sauce. Expect the new tag champs of two weeks to escape with the titles.

Raw Women's Championship -- Ronda Rousey (c) vs. Alexa Bliss: The Summerslam match between these was very one-sided, with Rousey's dominance quickly making Bliss an afterthought. It seemed as Bliss would be taken out of the title picture to kickoff the Rousey invitational where she would decimate the entire women's division. But Alexa put her claim back in and has become a submission specialist all of a sudden (paging Drew Gulak). She has been using Ronda's armbar to finish opponents and has even gotten the better of Rousey recently. It's a copycat league, but there's nothing like the original.

SmackDown Women's Championship -- Charlotte Flair (c) vs. Becky Lynch: While a well-built feud over the last few weeks, this one is a missed opportunity to be the second ever women's Hell in a Cell match. Becky's "heel" turn has been a flop but not of her own fault. Fans refuse to revere Charlotte as the hero in this story, cheering Becky at every turn. Despite her typical heel behavior, this may be a time where WWE takes wind of the Universe's voice and put the belt on Becky. If this happens it will be the biggest pop of the night. Lynch is the heroine the Universe deserves, tired of playing second fiddle to the machine. Charlotte, a top 5 performer in the company, has trended towards becoming the Roman Reigns of the women's division.

It has been 2 years since the Irish Lass Kicker was atop the Smackdown food chain. This new bad girl persona brings her back into the fold.

WWE Championship -- AJ Styles (c) vs. Samoa Joe: This probably should have been inside the cell instead of Orton vs Hardy, considering how hot the feud has been over the last few months. Samoa Joe has gotten personal and taken AJ completely off his game, with Joe cementing himself as the top heel on the blue brand. Styles has overcome every foe in his path over the last year, but Joe has become the darkest chapter in the fairy tail run for Styles. Smackdown has given a lot of time to these two and it only makes sense for Joe to leave San Antonio capturing his first gold on the main roster, in what could be the most shocking moment of the night.

WWE Universal Championship -- Roman Reigns (c) vs. Braun Strowman (Hell in a Cell Match) Mick Foley (Special Guest Referee): These have been the strangest three weeks of Raw in in a very long time. Roman wins the belt, Braun tries to cash in and gets attacked by the Shield. Then Braun abruptly found himself a faction  of his own and he's suddenly the bad guy? The only thing weirder than this was Kevin Owens aligning himself with Strowman against the Shield recently despite what took place all summer.

In the end, this match is a wash due to the lack of purpose in the briefcase. The contract in the case is all about the surprise and intrigue around Strowman, of all people, having it. With that important element removed, it  seems like another desperate attempt to make Reigns the underdog hero, while also wiping out the importance of the entire Money in the Bank PPV. A late addition in this match is hardcore legend Mick Foley, who will done the pinstripes on the 20th anniversary of his Hell in a Cell match against the Undertaker. Foley will call this one down the middle as Strowman dominates early only for Reigns to ultimately squeak out a victory amid an angle that never got on track from the beginning.