If you’re not aware that professional sport has been severely disrupted due to the global pandemic, seriously, where have you been all this time?

Of course, major tournaments like the football European Championships have been cancelled since the first lockdown measures were put in place all the way back in early 2020, but the disruption to major sports hasn’t just reared its ugly head in the form of total cancellation.

Professional athletes have had their world turned upside down in more ways than one, and with the Australian Open well under way, world number one Novak Djokovic has warned that these mandatory quarantine measures are severely harming both the athletes personal health and also the sport itself.

“What we are seeing is not normal”

For us mere mortals, the pandemic has presented great challenges. Some have lost their jobs, some have had to find new ones, and some have even managed to adapt and thrive. For elite athletes though, it’s probably the biggest change to their schedule they’ve ever had to undergo.

To maintain their success at the highest level, tennis players, footballers, runners - any elite athletes you can think of - commit to an intense lifestyle of training, fitness exercises and dieting that people like you and me just can’t comprehend. They live their life by a creed - be the very best or die of exhaustion trying.

It’s easy for us to say things like: “he’s getting paid a million a week, can he not just put up with it?” but that would be missing the point completely. These athletes are “getting on with it” but the fact is that the whole pandemic situation has seemingly had a greater effect on their daily schedule than the rest of us. 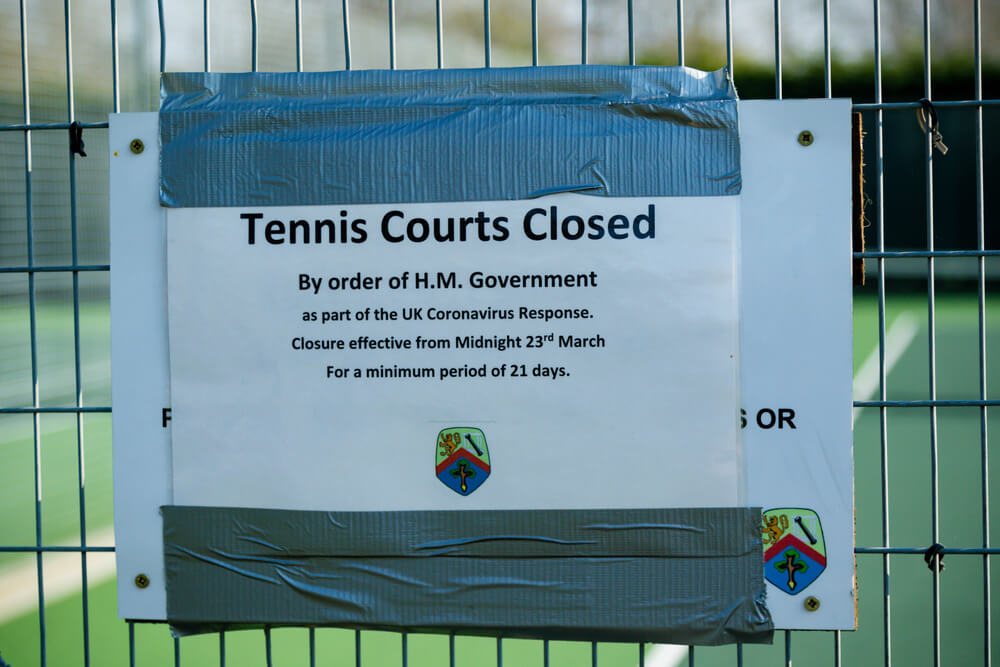 In normal circumstances, in the lead up to a Grand Slam match like the first few rounds of the Australian Open, pro tennis players would be hammering their craft and finely tuning the idiosyncrasies in their game. In this day and age though, they’re sat on their backsides at home, forbidden from having any personal contact with others.

Not only does this severely dampen their preparation from a fitness point of view - it goes without saying that it’s not a good idea to be chilling on the sofa a few days before you undertake an extraordinary physical feat - but the mental strain this has on a player must be massive.

Think about it: you’ve been non-stop honing a strategy for months and months, every single day pounding out the practice and really trying to become the best in the world at a particular sport, before being told that you’ll actually just have to play Tetris in your living room for two weeks before you’re allowed on a court. It must be devastating.

And the proof is right here…

Feel free to doubt that the quarantine measures have affected sport whatsoever, if you’re that way inclined, but before you make a definitive decision allow us to go through some of the facts.

For starters, it’s not just the short period of two-week quarantine that’s disrupted the players, the whole year has been rife with various moments where we all had to stop what we were doing and go home. It goes without saying that this has affected pro sports stars greatly, as it has been going on for over a year now.

And in this year, any fan of pro sports will be able to tell you that the resumption of these competitions just hasn’t been the same. Football players are getting injured every single week - and it’s not just little niggles, they’re damaging ligaments every time they step out onto the pitch.

As Djokovic said after getting through to the semi-finals: “the top players are the ones who are the fittest”, and there have been some significant hurdles in the way of the player’s total fitness levels, evidenced by the crazy number of sporting shocks we’ve had in 2020 and 2021 respectively.

So is this a bad thing?

On one hand, the crazy upsets that are occurring all over the world of sports are mad exciting, but on the other hand, it kind of ruins the spirit of the competition, doesn’t it? Like, would the respective winners have won those games with the fitness levels at normal?

Who knows - the only thing we are certain of is that the ones that are getting the dirty end of the stick here are the athletes themselves, and we know if we were the ones blowing the AU Open because we were forced to isolate for a fortnight we’d be absolutely furious.