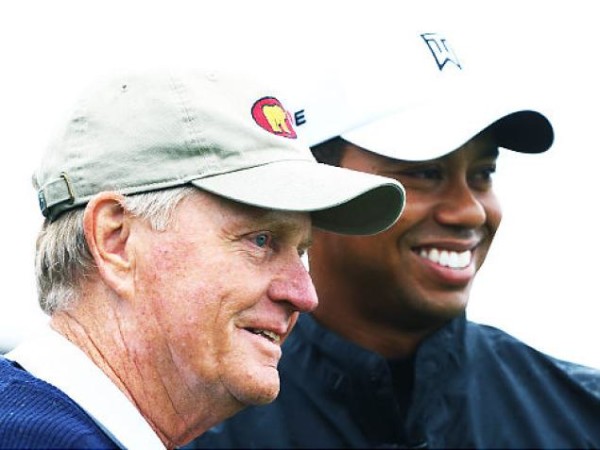 A few years ago it appeared that Tiger Woods would never be good again. In fact, many of us wondered if we may ever see greatness from the best golfer of our generation again. There was a period when everyone who could found something wrong with Tiger Woods.

Everyone wanted him to be a better man. People threw him under the bus for being a man whore, and he lost friends and family as a result of his actions. Truthfully, he started to care too much about what people thought or were saying. When you start trying to live your life for other people, you tend to neglect the things that made you successful. Ironically, by the time you figure it out, your confidence is so far gone that you never really recapture your greatness.

It's been a while since we have seen the REAL Tiger Woods on the golf course. Yeah, he won a few events last year, but he never really looked like his dominant self. He didn't appear to have that look of self-confidence out there, and he seemed to be second-guessing himself even when he was winning.

For anyone who plays golf, you know that it is probably one of the toughest sports you can play. It's not just the physical prowess, but the mental side of repeating the same movements over and over again. Every shot is like a game-winning free throw. You pull it off and you feel rectified, but if you miss it, it lingers in the back of your head. And when that confidence goes, you may as well be like everyone else who plays the game.

Tiger has been able to separate himself from the rest of the world because he never feared failing because he had so much success due to preparation and sheer talent. In essence, he was good because he was greedy. He never felt like there was anything he couldn't obtain, and people loved him for it. Whether it was women, cars, property or golf, Tiger had a method of just turning it up a notch and things would fall his way.

That Tiger was gone for the last three years. In fact, I often wondered it that guy was ever going to resurface. Structure in your life is something that is required to obtain success. You have to be confident in who you are and comfortable in your own skin to do great things. You can't have any fears of failure if you are going to be good in the clutch. You have to know that you have succeeded more times than you have failed if success is going to define you. 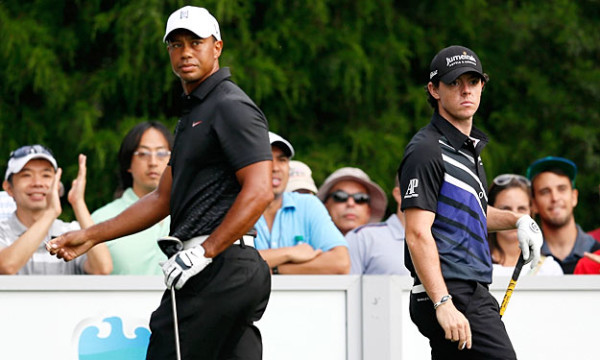 When Tiger's cloak of invincibility began to offer up some possibilities of sustainable vulnerability, not only did the commentators pounce, but his fellow competitors began to pounce as well. For years Tiger could do no wrong. Once he did, everyone seized the opportunity and took shots at him.

Things have changed in 2013. Tiger looks like he has recaptured his form. He has won two of the biggest full field golf tournaments, and he literally has beaten the brakes off of the field. The best thing that could have ever happened to him is probably Rory McIlroy. For years there was never anyone who Tiger felt was his equal or possibly even better than him.

McIlroy brings out the best in Tiger. Tiger seems to respect him as well as understand the pressures that McIlroy must overcome to hold on to the throne as the number one golfer in the world. Having someone to chase may have been just what the doctor ordered for Woods. He has been chasing the ghost of Jack Nicklaus since he has been on tour, but it's hard to chase a ghost because it's never really there to compare yourself to. McIlroy is rea,l and when you see it right there in front of you and it's digging deep in your soul, it will make you put in some extra time and effort to recapture the spirit and become a factor in your sport once again.

Tiger may never catch Nicklaus, and if he doesn't it will be for a variety of reasons. However, I will not doubt the man because he surely has a few major championships left in his game. After Tiger's performance at Doral this weekend, he is sure to be the hands on favorite for the Masters. I am not saying he's going to win, but if he putts like he did this weekend, you can give him the title. I know there will be several calls to Steve Stricker this weekend telling him to stop giving Tiger putting tips. Because if he doesn't, 2013 is going to be a long year for the rest of the field.

5 Replies to “Tiger Woods Has Resurrected His Career, But Can He Catch Jack Nicklaus?”