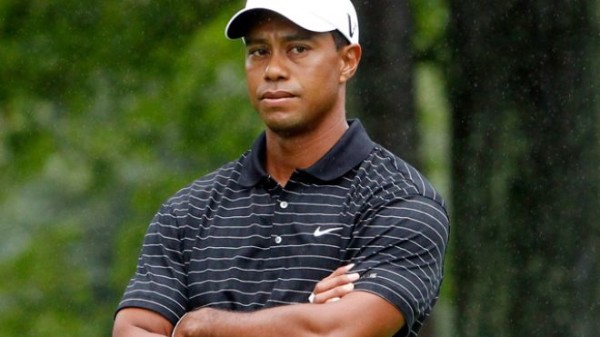 I have a few friends that are more than just weekend golfers, including one who could have made some major pro dollars if not for injury. As for myself, the closest I’ve ever been to the game was awkwardly hacking and wacking on a driving range in suburban Massachusetts several years ago.

That is all to say that my lack of knowledge and experience in the sport compared to, say, our friend Dillon, is laughable. I could certainly name a dozen or so golfers, but only because of my pulse on the sports world and intrigue of the business behind the game. Yet, write-ups discussing the potential post-Tiger Woods golf world get my attention because it seems as if the PGA still has a bit of an issue getting those massive audiences when he's not on the course.

And then there’s this: The Coming Tiger Crash. The numbers are absolutely staggering.

I know numbers can be massaged and estimates are really wild guesses created by MBAs with Excel formulas, but how can an industry lose FIFTEEN BILLION DOLLARS without its best pitchman?

Here’s the thing that gets to me. Whether that amount is accurate or not, I find it hard to feel sorry for the PGA or even the sport of golf. The PGA’s outreach to include more minority players has been beyond poor and the promotion anyone beyond Tiger, Phil Mickelson or whomever may win a major at any given time is just as bleak. No sport is as dependent on one figure - not even other individual sports like boxing, MMA and tennis, believe it or not -  as golf has been on Woods.

You would have thought that the PGA and other interested parties would have used some of Tiger’s recent absences to better steel itself against such a reversal in fortune. Or perhaps the Tiger Woods era is an anomaly in the history of golf. Maybe the sport and the PGA was never meant to have someone who was such a draw beyond their own passionate, but niche fans. Yet, because Woods had “the Jordan effect” sports leagues dream of - a mainstream appeal of non-sports fans plus the obsessive “stan”-nature the great ones inspire - there was no choice but to ride the gravy train.

Either way, whatever plans the golf world has in mind to prepare for the day Tiger joins the Senior Tour (or worse, is gone for good), it could be time to take them to the next level.

‘Field of Dreams’ Cast Will Have a Father’s Day Reunion for Film’s 25th Anniversary - Yahoo! Sports

All Downhill From Here - Sports on Earth

Marathon Veteran Makes the Simplest, Most Perfect Boston Marathon Sign - For the Win

The Only Watch That NASA Astronauts Trust with Their Lives - WIRED

How to Solve a Rubix’s Cube - The Onion

4 Replies to “Starting Lineups: Does the PGA Even Have A Post-Tiger Plan?”