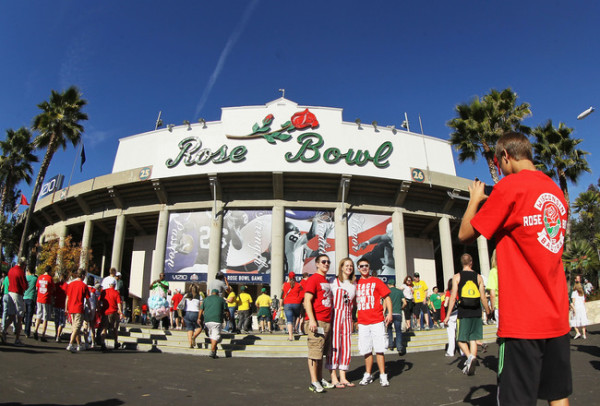 College bowl season is among us, and every day in essence is a Saturday when it comes to college football bowl season. In fact, bowl season brings us an array of match-ups and games that sometimes leaves us appreciating the game, while others have us scratching our heads about how some of these match-ups even came to be.

After you filter through the match-ups that mean very little, you come across the BCS games. Most years the BCS games are money makers that offer you a full menu of entertainment, offense and variety. Can that be said about this year?

This year’s Rose Bowl does offer up some intrigue. In fact, if you are a little bit old-school and you miss the running game, Stanford vs. Wisconsin is just what the doctor ordered. Both teams run traditional offenses, and both teams run the ball and use their tight ends to the max.

Why Should You Watch?

This game offers a match-up between the sixth-ranked Stanford Cardinal and the unranked Wisconsin Badgers. At first glance, I thought this might be an error, but then I went deeper into the research to try and figure out what in the hell the BCS was trying to accomplish with this one.

Why in the hell would I want to watch a game between the number six team in the country and a team that isn’t even ranked in the top 25? The first thing you have to ask is how in the heck does a 7-5 football team end up in a BCS game? Well, when you are in a division with a two teams (Ohio State and Penn State) that are on punishment due to mismanagement and oversight, you get afforded opportunities that you wouldn’t always be eligible for.

You can argue that Wisconsin earned that right when it handed Nebraska a beatdown of drastic proportions. If fact, I think you might need to warn Stanford that Wisconsin is for real. Despite the five loses, four of the Badgers' losses came by a margin of three points, so it wasn't like the team was getting blown out. Even more discouraging was the fact that three of those four loses came in overtime.

What to Watch For?

Wisconsin likes to run the ball. The Badgers win when they run the ball well. They have rushed for an average of 552 yards in their last two victories. In their last three losses, the Badgers have only averaged 128 yards on the ground. For an offense that relies so heavily on the running game, those up-and-down numbers have directly impacted the outcomes of their games down the stretch.

Stanford likes to run the ball too, but the Cardinal has much more balance on its team. Quarterback Kevin Hogan is the real deal and has become a threat replacing Andrew Luck. Hogan was just selected as MVP of the Pac 12 Championship game in December. Despite Hogan’s success, senior RB Stepfan Taylor has been as steady as they come. Taylor became Stanford’s all-time career rusher by bringing his four-year total to 4,175 yards.

This would be a much better story if Ohio State was able to play, but the Buckeyes will have to wait to sell that next conference championship ring. It might even be a better story if Penn State was able to undress the Cardinal (no Sandusky) in the Grand Daddy of all the bowl games. The reality is that neither of those teams will be walking out that tunnel. Wisconsin will be representing the Leaders and the Legends against the PAC 12 Champion that no one expected to be there.

2 Replies to “Why You Should Watch The Rose Bowl: Because Wisconsin Isn't As Terrible As You Think”