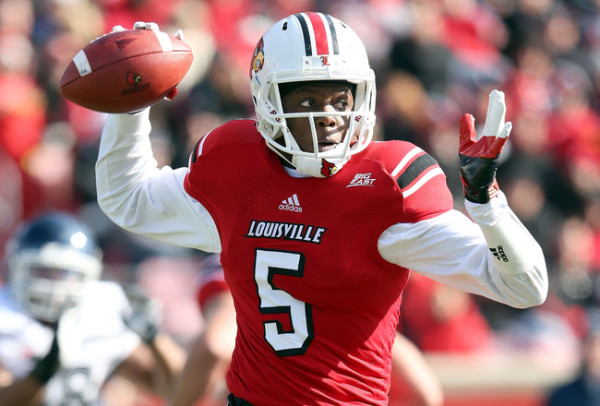 Sometimes in life people get left out of something big because they aimed for the stars and missed. Georgia was the undisputed champion of its division in the SEC, but because the Bulldogs were granted the opportunity to play in the SEC Championship game and lost, they lost out on an opportunity to play in the Allstate Sugar Bowl. Well, sometimes in life we find out that things aren’t always fair. At some point, we learn to just take advantage of our situations and make the most of every opportunity that comes our way.

The Allstate Sugar Bowl seems like it might be a classic mismatch as the powerful Florida Gators of the SEC roll into town to take on the Louisville Cardinals of the Big East. Early indicators are that Florida will chomp the Cardinals into small pieces while dismantling them on offense and defense in this game.

This isn’t a game that Florida should or will take lightly. History has shown us that the Gators have the ability to lose interest in games from time to time, but I don’t think that will happen this time around.

This is for sure: On January 2, 2013, the Louisiana Superdome will be rocking, President Palmer Allstate commercials will be in full effect, and the SEC hounds will be watching to determine if this is just another step in SEC supremacy.

This game brings a few interesting components that draw my interest. We can start with the coaches. Will Muschamp has been a steady force since he has joined the Florida camp. He has brought back the running quarterback and instilled his own flash to the team.

Charlie Strong used to be the brain surgeon behind the dynamic Florida defenses of the past. Strong’s connections to the Gators says a lot because he recruited most of these kids that Florida is using on defense, so he knows their strengths and weaknesses and how they can be exposed. His inside information can be beneficial if the game gets close enough for it to matter.

Strong will also be looking to make his case as he turned down another opportunity to return to the SEC as Tennessee head coach to stay with the Cardinals. He wants to continue to build a legacy of his own in Louisville.

The game will put two dynamic quarterbacks on display. Louisville could very easily have the best quarterback in the country at the helm. There haven’t been as many as good as South Florida native Teddy Bridgewater has been at Louisville. He’s passed for 3,452 yards this season with 25 touchdowns and only seven interceptions in 387 attempts. Bridgewater has all the dynamics that you want in a quarterback, but he isn’t quite as nimble as a runner. Instead he extends plays with his legs so he can make the dynamic throw down the field.

As dynamic as Teddy is, he hasn’t seen a defense this season with the speed and power up front that Florida possesses. In fact, it will almost be impossible to simulate in practice, and chances are he will make a few mistakes early in the game. This defense even got under the skin of Heisman winner Johnny Manziel this year as well, and in my opinion he and Bridgewater were the two best passers I saw all year.

Florida will enter the game with a real advantage up front. The Gators have one of the biggest offensive lines in college football, and they will simply wear down the Cardinals at some point during the game. That offensive line averages over 310 pounds and has been the centerpiece to the dominance of the Gators all season. Louisville will need depth to compete, as the Cardinals are small and quick on defense. The key for the Cardinals is to get off the field when they can on third down or it’s going to be a long game.

Louisville’s best shot at winning this game is to keep it as close as possible or even carry a lead into the fourth quarter. Florida’s offense has struggled at times this season and has offered up opportunities for opposing teams at times. The Gators have been good this year, but most of their games have been pretty close.

If the Cardinals can keep it close, they may have a chance for the upset. Bridgewater’s ability to find ways to win can also help them if it’s close, but keeping it close will be a task in itself.

3 Replies to “Why You Should Watch The Sugar Bowl: Because Someone Needs To Troll The SEC”