The Big 12 was left out of the College Football Playoff in 2014, but it may be the ACC's turn to sit on the sidelines in 2015. The conference is solid, and Florida State and Clemson could run the table, but there is no clear-cut favorite. One loss could end any chance for an ACC team to advance to the playoffs because the conference doesn’t have the depth or talent of the Big 12, SEC, Pac-12 or Big 10.

Here are our projections for the ACC in 2015.

Clemson infuriates college football fans because the team is known for losing a game or two each season it shouldn’t. Despite winning 10 games for four straight seasons, Clemson has taken a backseat to Florida State in recent years, but this could be the Tigers’ year to win the division, the conference and make a case to get into the College Football Playoff.

Quarterback Deshaun Watson returns from a torn ACL with a bevy of skill position players and a good offensive line. The defense must replace nine starters, but defensive end Vic Beasley and middle linebacker Stephone Anthony are back. If the success in recruiting pays off on the field, Clemson is the front-runner to win the conference.

The Seminoles are used to winning, but there is a lot of unrest at Florida State after losing Jameis Winston to the NFL and the offseason issues with players getting in trouble. The status of star running back Dalvin Cook is still up in the air, and the team must figure out how to replace the production of wide receiver Rashad Greene and tight end Nick O’Leary. If Cook isn’t around, it leaves major holes to fill at quarterback, running back, wide receiver and tight end.

The defense should be dominant once again, so the offense has time to come around. It is hard to bet against Jimbo Fisher and even harder to bet on Clemson to be consistent throughout the year, but the adversity faced in Tallahassee may prove to be too much.

Momentum is picking up for head coach Dave Doeren and the Wolfpack. Doeren didn’t witness much success through the first season and a half at the helm, but a 4-1 finish to last season and a close loss to Florida State has many pundits predicting an NC State turnaround in 2015.

Former Florida transfer Jacoby Brissett was reliable as a junior, compiling over 3,000 yards of total offense and throwing 26 touchdowns to just five interceptions. He’s back for his senior season to lead an offense that averaged over 200 yards rushing a season ago. The defense returns seven starters from a group that excelled down the stretch.

Somehow, Louisville won nine games in 2015. The group, led by head coach Bobby Petrino, had issues keeping a quarterback consistent and healthy in a new, tougher conference than in previous years. Nine wins as a first-year ACC squad isn’t bad, especially considering the team earned a road win over Notre Dame with so many question marks at quarterback each week.

It will be hard for Louisville to duplicate that success in 2015, however, considering the program lost 10 players to the NFL and questions still remain at quarterback. We’ll see if Louisville can shock the conference again really quickly, as the Cardinals face Auburn and Clemson in two of the first three games of the season.

Boston College has an identity under head coach Steve Addazio, but 2015 will be a tough test for the Eagles. Only nine starters return, and the Atlantic Division is as tough as ever. Boston College received bowl berths in each of the past two seasons, but a new offensive coordinator must replace a quarterback and five starters from the offensive line. Boston College will run the ball a lot.

The Eagles stop the run as well as anyone in the conference, and the unit should once again be aggressive and talented in the front seven.

It will be hard for Wake Forest to make a big jump from last season’s record of 3-9. Thirteen starters return for head coach Dave Clawson, but the Demon Deacons are still low on the totem pole in the ACC.

Syracuse is a journalism school. 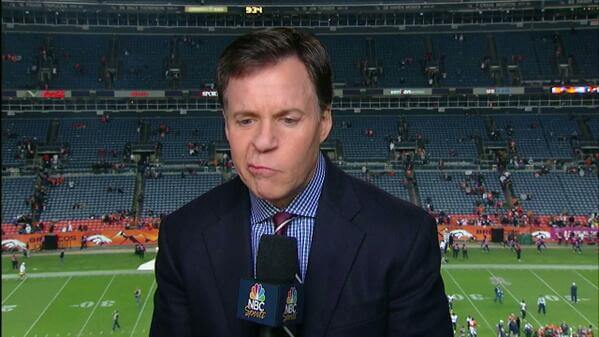 Paul Johnson’s teams take us back to a better time. In a college football world fueled to move forward, a hero remains at Georgia Tech. His option playbook is straight out of a black-and-white highlight clip from the 1950s. And it works. Georgia Tech is the clear favorite in the Coastal Division, returning 13 starters from last year’s group. The key returner is quarterback Justin Thomas, who returned the offense to form in 2014 after a down year with Vad Lee at the helm in 2013.

The Coastal Division is the easier of the ACC divisions, but Georgia Tech’s unique approach and solid defense will give the other division champion trouble in the ACC Conference Championship Game.

The Coastal Division is up for grabs after Georgia Tech. It could be argued that any team outside of the Yellow Jackets could compete for the second spot in the division. If Al Golden is going to remain as the head coach of Miami, he needs to experience major success in 2015 because his previous four seasons have failed to elevate Miami back into the national discussion. Quarterback Brad Kaaya could become a household name in 2015 after setting true freshman records in passing yards and touchdowns. He has NFL talent, but the Hurricanes must replace a lot at the skill positions.

The offense hasn’t been the issue under Golden, so an improved defense is the key to make a splash this season.

The Hokies started off 2014 with a bang, beating eventual national champion Ohio State. The year ended at 6-6, barely keeping the program’s streak of bowl berths alive. Virginia Tech is always solid but hasn’t been more than that in years under longtime coach Frank Beamer. The Hokies haven’t missed out on a bowl since 1992, but the team is 12-12 in its last 24 conference games.

The good news is that 16 starters return, including Texas Tech quarterback transfer Michael Brewer. The defense at Virginia Tech is always good, but the offense must make a big jump forward to make the Hokies consistent in 2015.

Pittsburgh football is used to transitioning from one head coach to another, but replacing now-Wisconsin head coach Paul Chryst will be a challenge. Pat Narduzzi made his name as the defensive coordinator at Michigan State, and he gets his chance to lead a program in 2015. To take the next step as a program, the new coach will rely on the running back duo of James Conner and Tyler Boyd until questions at quarterback are answered.

Defensive coordinator Josh Conklin is known for aggressive defenses. The group is young and inexperienced at most positions, but Narduzzi’s track record as a defensive wizard should help Conklin’s group improve quickly.

The talent is there at North Carolina, but head coach Larry Fedora hasn’t put it together in his first three seasons as head coach. NCAA sanctions seem to loom over North Carolina every single season, but the addition of defensive coordinator Gene Chizik should help a defense that struggled in years past.

Quarterback Marquise Williams is back to lead an offense that is loaded with experience. The Tar Heels return 10 starters from last year.

Duke won’t compete for a conference title, but it isn’t a bad football team. The job David Cutcliffe is doing at a school like Duke is nothing short of incredible. The program returns 12 starters from a team that went 7-5 last season.

Another winning season that results in a bowl berth will be a success for Duke this season.

Virginia was the only Coastal Division team to finish with a losing record in 2014. In 2015, head coach Mike London is fighting to keep his job. The team did start 4-2 last season, but it all went downhill in the meat of conference play. If the Cavaliers can’t compete with their peers in the ACC, then expect new leadership inside the program by this time next season.

A former newspaper man, Mike Craven is the publisher of BirdsUp.com of the Rivals.com network. His work can also be found in Dave Campbell's Texas Football Magazine and in the Texas FNF Magazine.