By Ronnie Hampston and Kyle Madson

Everyone’s favorite worst part of the NFL season is almost here – the NFL Draft. The Draft itself is exciting as fans’ optimism bubbles over as teams have the opportunity to add talented, young players to improve their rosters.

The lead up to the draft, however, is excruciating. The speculation, the over-analysis, the sweeping declarations about a player’s worth in the NFL despite that player not having played a down in the NFL… the mock drafts.

Mock drafts are everywhere this time of year. Everyone has one. No one is going to be correct, and everyone’s listings are moot the second a team makes a trade or makes a selection nobody saw coming.

So with my dislike of mock drafts well-documented, the only logical next step was to put one together. So, with the help of the great Ronnie Hampston, here is the definitive TSFJ 2016 NFL Mock Draft.

It’s not like it really matters though. Jeff Fisher is their head coach. They could draft prime Tom Brady and still go 8-8.

Have you SEEN Invincible?

Father Time is undefeated, and Philip Rivers’ days are numbered as a starter. Goff would be the perfect replacement to learn under Rivers and in the process, he can learn how to appropriately wear a bolo tie.

Jerry Jones missed the opportunity to draft Johnny Manziel in 2014, and he sure as hell isn’t going to do it again. He managed to justify having Greg Hardy on his team, so doing the same for Manziel should be easy.

5. Jacksonville Jaguars – A player that Eddie Maisonet, III will appreciate and type out their full name while on Twitter when something amazing happens.

6. Miami Dolphins (via Baltimore) – DJ Khaled, We the Best University

The Dolphins trade up 7 spots to draft DJ Khaled. Will he help block and protect for Ryan Tannehill, or will he provide his daily dose of cloth talk. Wherever he is placed, he will be a major key to their success. –RH

What’s that? You had a late first/early second round grade on Jones? Well has Trent Baalke got news for you… –KM

Isn’t it LeBron’s job to get another ring for every professional sports team in the City of Cleveland? Joe Haden, it might be time to switch your number. –RH

There were some questions about Jameis Winston’s fitness last year, so what better choice than to bring in some of the top abs in the draft to get Winston in better playing shape. If you’re unfamiliar with Elliott’s core muscles, watch 47 seconds of any Ohio State game, he’ll show you eventually. –KM

The Cubs were in a much bigger tailspin than the Bears and Epstein turned them around in approximately 14 minutes. Give Epstein the keys and the Bears are Super Bowl contenders this season. –KM

The Saints felt the loss of Jimmy Graham last season, so they’ll try to replicate his success by taking the six-foot-eight, 220 pound Murphy from the Hurricanes’ basketball team that Graham once played on. –KM

I mean, have you seen Uncle Ray-Ray’s hair? –RH

The hell with retirement. It would be a match made in football heaven to see Beast Mode tote the rock in the Town. –RH

15. Tennessee Titans – Does it matter?

They won’t sniff the playoffs. –RH

Why build an offensive line when you can have all of the wide receivers? –KM

If the Falcons are going to suck and pump in artificial noise, they might as well make it fun for everyone. -KM

The son of Tom Brady may only be six years old, but drafting him this early will eliminate any plans that the New England Patriots have for the sequel to Belichick and Brady in the year 2034. -RH

With Geno Smith fully healthy, and with Ryan Fitzpatrick not under contract, Smith appears to have a chance to win the starting QB job with the Jets. If Smith fails to pay another teammate, famous boxing trainer Freddie Roach will be there to teach Smith the appropriate way to bob-and-weave away from punches. -RH

Washington already screwed their future to acquire Robert Griffin III. The chances that they get this pick right are about as high as the chances I start at quarterback for the 49ers this year.-KM

Although Brock Osweiler is the new signal caller in town, it never hurts to have multiple quarterbacks. Lynch is around the same height as Osweiler, and he has the same facial hair as Iron Man, having him in the City of Screw could be very interesting for the outlook of the Texans. -RH

Teddy Bridgewater and Artie Burns sound like the name of two detectives in a buddy cop movie I would definitely pick up from the five-dollar bin at Wal-Mart. ­-KM

This player will also draw many untimely unsportsmanlike conduct penalties that will make them lose important games. -RH

Have you seen Mr. Williams’ tweets? If not, ask Peyton Manning about them. -RH

This player will almost certainly make the Pro Bowl three times in the next four seasons. He’ll also single-handedly win them a game or two during the season. He’s also a 9/11 truther, probably. -KM

Aaron Rodgers will surely mask every flaw this receiver has and turn him into the Second Coming. Davante Adams missed this opportunity, surely the next receiver will not. -KM

Have you seen the most recent pictures of Green Bay Packers tailback Eddie Lacy? I feel that Tony Horton can work the same magic with Andy Reid. A fit and lean Andy Reid would be very interesting to see roaming the sidelines in KC. If Horton can help with weight management, perhaps he can also help with late-game clock management. -RH

The Cardinals will never truly flourish until Bruce Arians steps up his Kangol game. Who better to help take him to the next level than one of the most famous Kangol wearers? Plus, in light of Arians’ recent comments blaming mothers for a lack of participation in football, a player who had an album titled “Mama Said Knock You Out” will be an immediate fit culture-wise. -KM

Cam Newton needs someone to dance with, and Westbrook takes his dancing very seriously. Westbrook also doesn’t smile much while he plays, which will be a welcome sight for those who can’t stand watching athletes like Newton who enjoy themselves. -KM

Robinson enjoyed a successful 17 year NBA career, but with his new ventures in the marijuana field, placing him Denver would be an ideal fit. -RH

N/A. New England Patriots – They don’t have a first round pick because of Deflategate 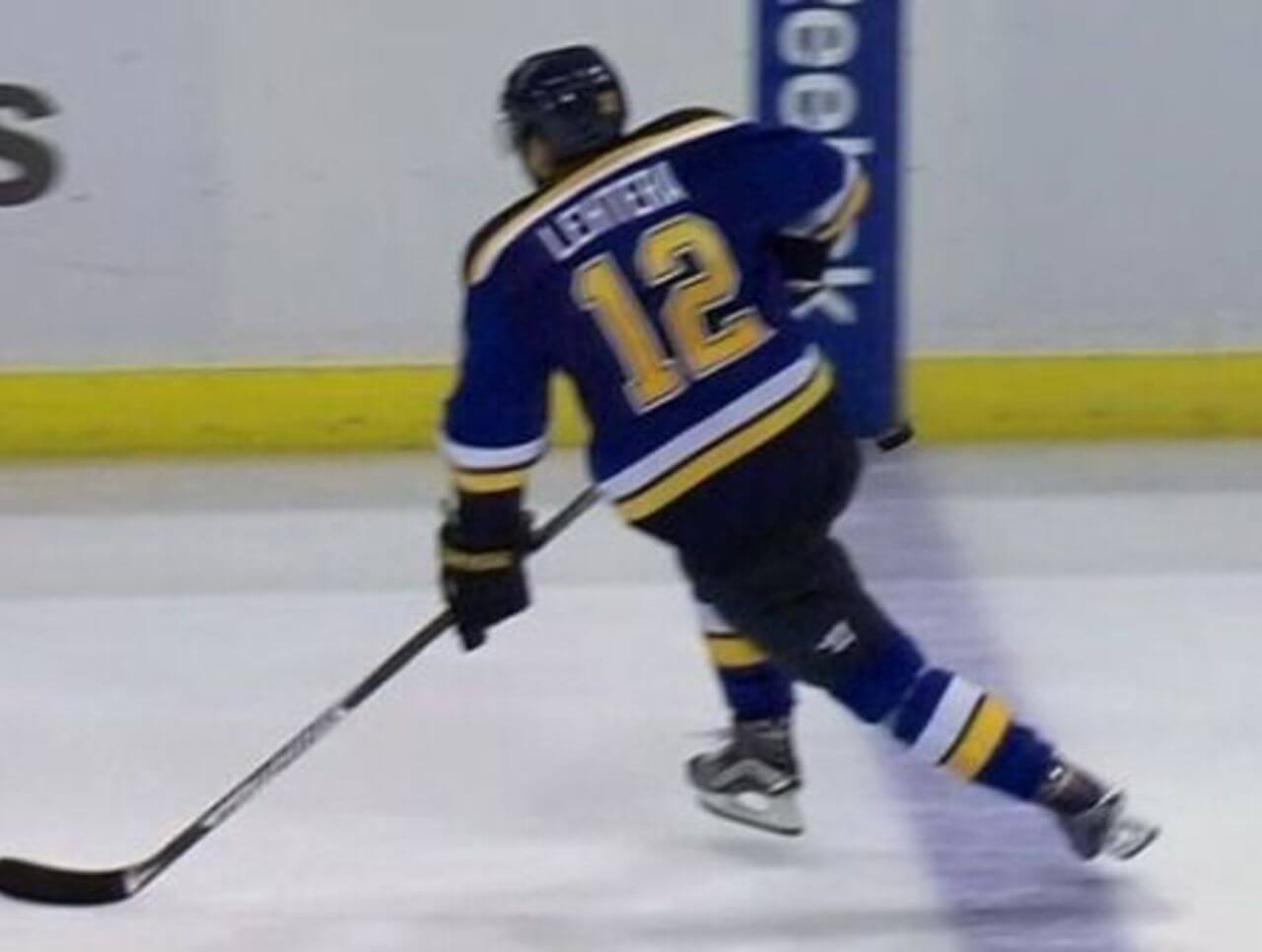 Hockey Official Review: The Weekend In The Stanley Cup Pl…
1