Week 5 of the NFL has all the elements the previous four weeks had: COVID-19 and season-ending injuries. Recent COVID-19 cases for the New England Patriots and Tennessee Titans have adjusted the future schedule on many levels. Even this week has a game played on Tuesday night and that hasn’t happened since 2010 when the Eagles and Vikings game had to be moved due to a severe blizzard. The major injury, of course, happened to Dallas Cowboys QB Dak Prescott. Dak’s future is on hold at the moment after suffering a devastating ankle injury that will most likely put him out for the rest of the year into the next. Putting the real-life issues aside, fantasy owners are scrambling to the waiver wire yet again in this Russian roulette of a season in terms of uncertainty.

As usual the waiver wire this year is so much more important than in any other year. Players who weren’t drafted are getting more chances now. The talent pool in free agency can dry up quickly especially for flex positions. There are still players from last week that were mentioned that are still available in a lot of leagues. Tight end Robert Tonyan is owned in 48% of ESPN leagues and is also coming off a bye. Rookie wide receiver Laviska Shenualt is only owned in 31% of leagues and performed really well this week catching seven of his eight targets for 70 yards. With rookies getting acclimated to the league and certain veterans getting a chance due to injury, the waiver wire has some talent coming into Week 6.

This one is for the uncertain Dak owners and owners that have QBs on bye. Picking up Fitzpatrick, in either case, would be a good career move. Since the start of the season, the only QBs that have put up more fantasy points than “Fitzmagic” are as follows:

Fitzpatrick has been great all year. Now there have been instances where he falls off the cliff quick in previous years, so you’ll know quickly to move him sooner than later. He is definitely a fit in the short term with a matchup against the Jets coming up. Fitzpatrick is currently only owned in 20% of leagues.

Bridgewater has had an interesting career since his days in Minnesota. Now he finds himself in Carolina replacing former MVP quarterback Cam Newton and working with a coach that handpicked him in Matt Rhule. The Carolina Panthers are 3-2 and a big reason is Teddy Two-Gloves. Recently he had back-to-back games where he scored 20 or more fantasy points. He also rushes the ball a decent bit, averaging three carries a game. Teddy is owned in 40% of leagues and has Swiss Army knife Christian McCaffrey coming back sooner than later. Both options should help Dak owners not panic so much and have an option for the upcoming weeks.

Another rookie wide receiver had a coming-out party. This year’s WR draft class has been great from CeeDee Lamb having a great year in that Cowboys offense to Justin Jefferson doing his best Stefon Diggs impression for the Vikings. Rookie receivers have been discussed before, but now Claypool has entered the chat. The 6’4″ receiver from Notre Dame had a great game this past week, catching four touchdowns. Fantasy owners that started Claypool got 35 points in standard leagues and the Week 5 performance launched him into first place in fantasy points among rookie receivers this year. Claypool is only owned in 8% of leagues and should be one of the first players taken in the waiver wires this week.

AJ Green looks to be out with an injury. Tyler Boyd has taken the helm as the number one wideout and now rookie Higgins can be the next wide receiver up for fellow rookie quarterback Joe Burrow. Higgins, playing in relief of Green it appeared, caught four of his targets for 62 yards. Higgins has shown the talent, and that’s why he’s owned in 40% of leagues already. Like Claypool, Higgins is a big target that can help Burrow. Coming out of Clemson, Higgins needed some polishing and this trial by fire approach seems to be working so far. Even if Green comes back at some point, Higgins should be able to take the number two spot on the depth chart.

Running back will be one of the first positions to dry up in the waiver wire. Now at this point, every starting running back and their backups have been scooped up. This is what makes New England a unique situation. They never really believed in a bell-cow back. Instead, they play the hot hand. The Patriots decided to put Sony Michel on the IR, which makes Harris the presumptive next man up. Rex Burkhead is someone to look out for, but Harris has a chance to be the hot hand in Belicheck’s offense. Week 4 was Harris’ season debut and he didn’t disappoint with a 100-yard game against the Kansas City Chiefs. Harris is owned in 42% of leagues and should be added especially if running backs are scarce on the waiver wire. 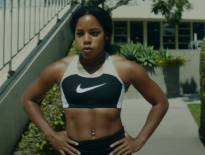 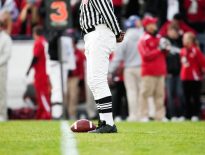