Week 7 is usually the midway point of most fantasy leagues before the postseason begins.

Ahh, what a wonderful time of the year.

This past week saw struggling star receiver Odell Beckham Jr. sustain a season-ending injury. Playing the waiver wire correctly will help for the next few weeks as more injuries could happen, but you have to be very aggressive.

Take this last week for example when Antonio Brown signed with the Tampa Bay Buccaneers.
He went from close to 4% owned on Friday in ESPN leagues to 75% by the end of the weekend. Owners are picking up low in hopes Brown can be productive and exceed his value. These type of low-risk/high-reward moves can keep teams afloat to make the playoffs. Keep in mind no one’s roster looks like it did when it was drafted. Now let’s look at some possible pick-ups this week.

Joe Mixon looks to have a foot injury that may keep him out for a while. In comes the player that Mixon initially beat out for the job of starting running back, Giovani Bernard. Bernard is a pass-catching back that has been in this position before and has performed well. This past week, the eight-year vet had 37 rush yards, 59 receiving yards and one touchdown, which totalled15 points in standard leagues. Bernard could be a great fill in for a spell and should be your number one add for the week.

The 49ers have been hit the most with injuries so far this season. That has not stopped them though as they have competed in every game, including their blowout of the Patriots in Foxborough on Sunday. It looks as if the philosophy of “next man up” has worked for them.

The one person that is coming up next is Hasty. Hasty is replacing Jeff Wilson, who was replacing Raheem Mostert. Coach Kyle Shanahan knows how to scheme new running backs and Hasty is next up. Hasty has a chance to be the next Mostert, who came along late due to running back injuries last year during the Super Bowl run. In Weeks 12 through 16, Mostert averaged 12 carries, 75 yards and a touchdown per game. Hasty’s available in 97% of leagues and is worth the add.

With Beckham out, Higgins will be starting at receiver along with Jarvis Landry. Higgins performed admirably on Sunday hauling in six passes for 110 yards. Beckham owners will most likely be looking at Higgins as an immediate replacement. The opportunity is there for Higgins to shine and ultimately be a trade chip for aggressive owners. Higgins is virtually available in all leagues and should be starting as long as he’s healthy for the rest of the year .

Both Dallas Goedert and Zach Ertz have been ruled out for the Eagles’ next game. Their
replacement is a former target of Aaron Rodgers and his name is Richard Rodgers. Rodgers is not by any means going to be one of the elites at his position, but this week he plays the Cowboys, who have struggled mightily against tight ends. Also Carson Wentz has been stepping it up as of late and can use a safety valve like Rodgers. Like Higgins, he is available in almost all leagues and can help if you have any tight end issues. 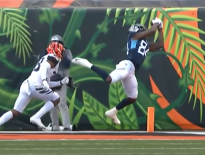 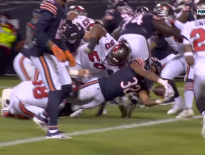