The 2015 NFL Draft is upon us, with hundreds of agents, athletes and sports dorks descending upon Chicago to see who goes to which NFL team for the near future. It’s like Christmas for NFL fans, and we here at The Sports Fan Journal think we know what’s in those boxes beneath the tree.

1. Chip Kelly will do something genius or something moronic, nothing in between

Nobody around the NFL knows if Chip Kelly’s master plan is going to work out or fall flat on its face, but if it falls on its face, it’s not for a lack of trying. Kelly has been busy this offseason, shipping out players and bringing in new ones. Whether those moves pan out or not remains to be seen, but it leaves us with this feeling in the pit of our stomachs that it’s boom or bust for Kelly in the draft. At his best, he’ll package Sam Bradford and some picks to trade up to the second overall pick to take former Oregon quarterback Marcus Mariota and perfect his Oregon offense in the pros. At worst, he’ll reach on a PAC-12 guy who will leave Eagles fans struggling to convince themselves that Kelly actually knows what he’s doing.

2. The Rams will take a lineman destined to underachieve way too early

It has become an annual tradition for the St. Louis Rams to go leaps and bounds toward stockpiling as many average-at-best offensive lineman as they can on the first day of the draft. Over the past 10 years, they have taken no less an illustrious pairing of tackles than Alex Barron and Jason Smith, both of whom regularly allowed the rapture upon their respective quarterbacks with stunning regularity. Last season’s second overall pick brought Greg Robinson, who was asked to transition from a strict run-blocking guard to standup tackle, ensuring that the desire to adhere to tradition is alive and well underneath the Gateway Arch.

3. The Cowboys will take a running back way too early

Cornerbacks and safeties like sieves? A front seven that likes to get injured (poor Sean Lee’s knees)? Yup, go for Melvin Gordon in the first round to replace DeMarco Murray, whom you let walk out the door after leading the league in rushing. Sure, we get that your offensive line mauls dudes and the run takes pressure off of Tony Romo to do everything, which you never really want in the first place. Jerry Jones shouldn’t consider a running back any earlier than the third round, but if Gordon is available, just watch him go to Dallas.

4. The Raiders and Jets pick too early to mess up their picks

The annual tradition of laughing at the Raiders and Jets after they hilariously over-reach on their picks looks unlikely this year. The Raiders pick fourth, and it looks like there won’t be another reach for a wide receiver like they made with Darrius Heyward-Bey in 2009. And picking at six, the Jets can’t screw this up, right?

5. OK, the Jets can still totally screw their pick up

“And with the fifth pick, the New York Jets select … Marcus Mariota …”

This is feasible, right? They are down one wishing on a star QB on their roster since Michael Vick jumped the coop following the season, so it is only right that they do everything they can to complicate the picture behind center even further. It’s becoming the Jets’ way.

6. So can the Browns

With the 12th pick, the Browns are just outside of “sure thing” range. They pick again at 19, which is almost guaranteed to be a bust of a pick because, well, they’re the Browns. They’re also rumored to be one of the teams trying to move up in the draft to take a quarterback, which surely can’t backfire twice in a row.

Nothing is ever out of range of ridiculousness for Cleveland. Remember, this is the team that traded out of taking Julio Jones but did everything in its power to take Brady Quinn and Johnny Manziel. They are nearly somersaulting in jumping the shark at this point.

7. Shane Ray is going to the Patriots

The Missouri defensive end got popped for marijuana possession. After being projected to go as early as pick five, most have him sliding out of the first round completely. But at the end of the first round is Bill Belichick and the champion New England Patriots, known bender of rules. Nobody likes a steal on talent more than Belichick. There might be consequences, but does Belichick look like a man bothered by consequences?

8. The Bengals are taking Dorial Green-Beckham

The Bengals and character issues go together like cheese and toast. Also, what’s up with Missouri recently?

9. Philip Rivers is going to hate whomever the Chargers pick

Is he staying in San Diego? Is he taking his bolo tie and small army of offspring to greener pastures? Who knows. We do know that he won’t be afraid to let his feelings show on draft night. Let’s just keep our fingers crossed that this mug makes an appearance. If they were to dare take a so-called “quarterback of the future,” does anybody really doubt that Rivers would try to choke him out from behind with his bolo tie at least twice by the end of camp?

10. Roger Goodell Gets A Familiar Welcome To Chicago

And finally, this has to happen, right? Regardless of the fact the draft is moving from New York’s Radio City Music Hall over to the Windy City, with all due respect to The Masters, this is truly a tradition like none other:

Enjoy the draft, folks. It’s on all damn weekend. 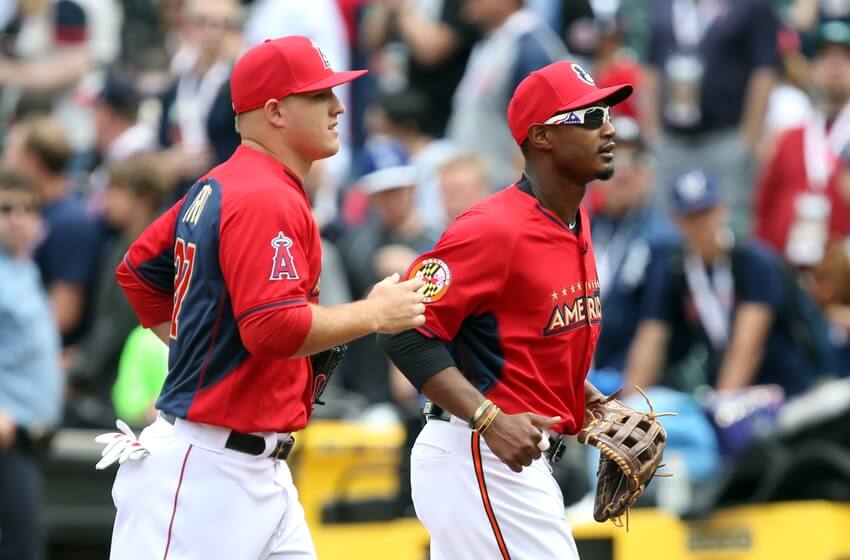 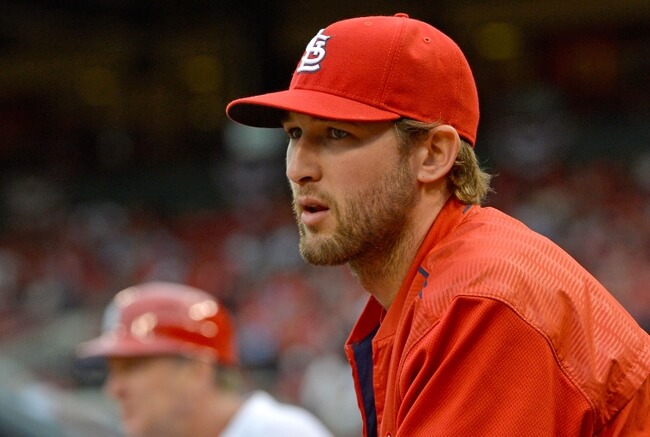