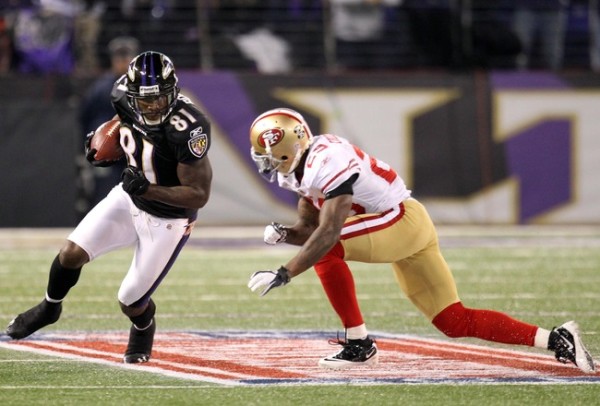 Sunday's Super Bowl XLVII will crown a Harbaugh as a champion. While we're not quite sure which of the two - Jim or John - will hoist the crown jewel of the gridiron, we can be sure of one thing:

Monday morning, we'll talk about it.

The Super Bowl is akin to only the presidential election as the most talked about, planned event in the country. Everyone knows who played, who won, what the best commercials were and how the halftime show went. It's a birthright in the United States of America to know something about what takes place Sunday.

Sports is always a topic of conversation. It ties itself next to the weather, politics and movies. It's at the water cooler, and it thrives on the controversial, hot button and big lights.

There are no bigger lights than those in the Superdome this year. The entertainment capital of the southeast will host the entertainment capital of the yearly calendar. The singularity of the event makes it more important than a 60-something team bracket. Seven-game playoff series are six games too long for the American attention span. We take to our couches or our friends' couches for the big game. It becomes a social occasion at the very least. Once signifying the connection between the AFL and NFL, now it signifies our connection to popular culture.

The average fan or non-fan can talk about sports easily because it's relatively easy to pick up basic knowledge.

"How about that Romo guy, huh? Man, I can't believe he threw that pass."

For those of us who know who Romo is and where he went to school and how many times he's thrown that pass, we simply ignore the plummeting potential of a conversation.

On to the next water cooler conversation we go.

That's what the Super Bowl is on a level that makes it spread vastly across our co-workers and loved ones. Grandmothers watch the news coverage on it, and sisters wait to see Beyonce's dance routine. Our brothers laugh at the Cheetos commercial while old cranky uncles complain about a poor play call. Everyone is involved. All hands on deck. If you're not with it, you're not with it.

The Super Bowl is the single most important sporting event we have. The Olympics come every four years, and Joe in HR doesn't know who won the speed skating contest. Joe can get by on that. He's not the only one in the dark. However, in order for Joe to function in that office on Monday, he'll at least have to know something about the big game. Even if he doesn't seem to care, the radio station he listens to will tell him what happened. Or, he'll go to his homepage and see a news story about the final drive or pivotal play.

All of this leaves out those who are invested. While the fans of Baltimore and San Francisco think they're who the last sentence is directed towards, fair enough. They have much invested. They probably are low on sleep by the time kickoff rolls around. The commercial breaks will drive them mad.

But, the people who are actually invested are the gamblers. And if there was one game to bet on, it's the Super Bowl. Picks and picks and proposition bets and bets on the coin toss and everything under the sun are available for wager. The prospect of gambling has taken over so much of sports, be it fantasy competitions or survivor pools. The Super Bowl is the Super Bowl of gambling.

Everyone has some type of interest in Sunday's game. Yet, the sports fan will sit and watch like they do every game. They'll have a side-of-their-mouth conversation on Monday with the guy who thought a play could only be overturned if it was ruled a fumble.

It will pain them so, yet it will be okay for just a day. Because the people out there who live normal lives - full of sitcoms over matchups and books instead of recaps - they have to come into our realm for one day. One event. We will go our separate ways after Monday for another year. That's a good thing for all parties.

The Super Bowl is, too.