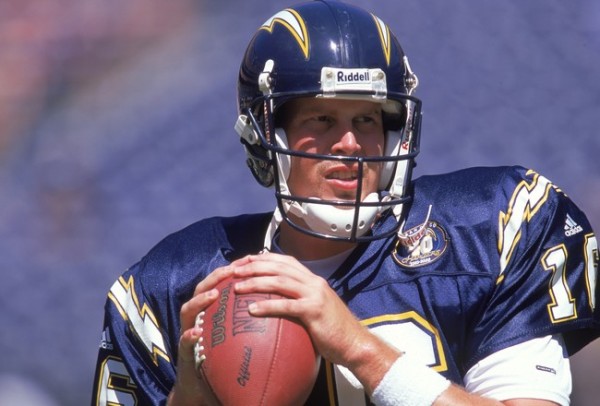 During this time of year, NFL fans probably flip coins to determine the biggest bust in history between JaMarcus Russell and Ryan Leaf. It’s a somewhat predictable exercise this time of year as we move closer and closer to the NFL Draft later this month. Both quarterbacks were high picks in their draft classes after stellar junior seasons in college. Unfortunately, both men were players whose talents were undermined by surly personalities, inability to overcome mental mistakes, and the expectations of toxic organizations.

Yet, what separates Leaf, the former number two overall pick in the 1998 Draft, from Russell (number one overall in 2007) is the number of opportunities he was given to redeem himself; all completely blown by bad decisions, and a crippling addiction.

As much as any other rags-to-riches-to-rags story in sports can make us shudder at what could have been, few have continued to write themselves with such painful chapters as that for Ryan Leaf.

When we thought that he seemed to have found peace with his status in NFL history, with the game of football, with his life… he found ways to disrupt it.

Leaf’s insights about his failings in the NFL were signs that he understood that his mental makeup – not a lack of skill or any physical impediment – kept him away from success. Openness about his addiction to painkillers was his way of “taking one day at a time,” the mantra for anyone trying to kick a habit. In past interviews and other public appearances, it seemed as if he reconciled with the young, immature hothead who was given more than he could handle.

Sadly, the older and more aware Leaf hasn’t been able to handle the greater challenge of his life. You don’t even need the pill, the bottle or the needle in hand to see that addiction is a bitch.

Addiction knows no occupation, no ethnicity, and unless one isn’t careful, no limits. As this harrowing tale continues to unwind, it’s no stretch to wonder how much of Leaf’s problems are a result of a surly personality that destroyed his career, and how much come from playing such a physically demanding sport. There are no excuses to be made here as people don’t just find themselves with stolen prescription drugs out of happenstance.

Yet, as we’ve become increasingly aware of the physical tolls these former football players deal with, including the threat of CTE, there’s has to be at least a passing consideration towards some  greater ailment that has kept Leaf on this path.

Though there’s a chance you know someone who is battling some form of addiction, Leaf’s travails may not register in the same way that a person a bit closer to home will. He was a gifted athlete who was given the world, to only stick his middle fingers up at it. His next act, while seemingly more earnest, has been even worse. Though he is accountable for his actions, there’s a part of this story that makes you wonder if there’s more than meets the eye.

Whatever it may be, no matter his infamy, may he find his way back to a better life.

4 Replies to “The Pains of Ryan Leaf”

The Pains of Ryan Leaf