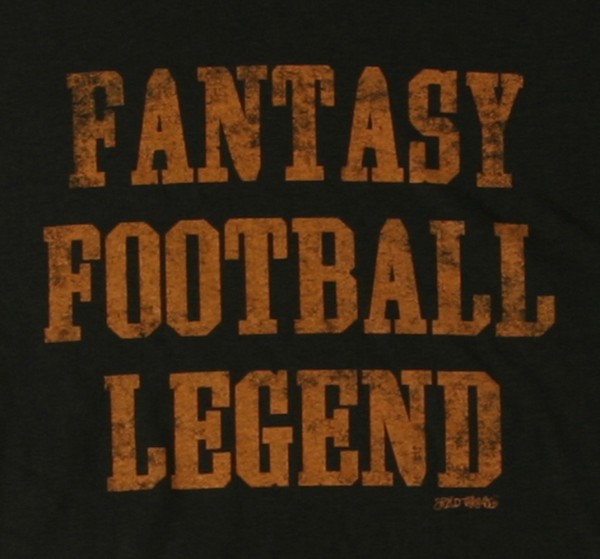 It's virtually impossible finding worthwhile pictures of fantasy football online. The only thing worse I'd imagine is Google'ing "air."

There's rules to everything in life. Relationships. The workplace. Ten crack commandments. Prison. Spades. Hell, even sex. On the flip side, these same rules are broken every day, making for this strange form of normalcy we're used to in life. Another facet of how the Earth operates under its own set of rules is fantasy football. And in a sense, fantasy football is a lot like those group projects you had in undergrad and/or grad school. Let's break it down into five members.

-- Two of the five are invested 200 percent. They want the good grade, and the last thing anyone can say is they didn't pull their weight. These are your star plays. The ones the group can count on when a big paragraph needs to be typed. You know, the one(s) that'll do most of the talking when it's time to present in front of the class.

-- Two out of five are just there. They do their part. That's it, and that's all.

-- The last one is just along for the ride. An Adam Morrison type group mate if you will.

What sucks about fantasy football is that the last group member we mentioned won't prove his or her worth when you still walk away with an A and that slacker suddenly becomes MVP when it's time to celebrate at the bar across the street from campus. After about two or three shots, a Long Island and maybe a beer, you've completely forgotten about the fact that person somehow made it through 23 years of life not knowing the difference between your/you're and they're/their/there. Trust me, I'm speaking from personal experience.

Fantasy football is a group project. But unlike the classroom, everyone must work together to make the league as exciting as possible, yet ripping each others' heads off remains the #1 priority. Now that basketball season is over, we're entering the Bermuda Triangle of the sports calendar when there's nothing but baseball for the majority of time on TV. There's nothing wrong with baseball. It's just not that exciting until at least late August. Sure, there's Wimbeldon and the British Open, but unless Tiger Woods somehow gets caught smashing three porn stars before the opening round only to win the entire thing on Sunday and Serena cusses out another judge, most of the country is just going to count down the days until the Olympics and NFL training camps begin. Speaking of basketball though, did you hear LeBron James got his first ring? Well, if you didn't, LeBron James got his first ring. And Finals MVP, too.

Anyway, now is about as great a time as ever to get these pesky unwritten fantasy football rules out of the way. We all know at least one of these three individuals. And chances are, you've been one of them at some point. The lesson to take away in all this? Don't be "that guy."

Look, everyone wants everyone to take the league seriously. It makes the league more competitive and the experience something you'll yearn for an entire year once the season is over. Enthusiasm is welcomed and very much so appreciated. Now with that said, there is such a thing as too much. There's nothing wrong with sending a text after proposing a trade regardless if the other person will probably get an alert on his or her phone. That's just common courtesy. However, there is no need to send a tweet, Direct Message, sign said person's Facebook wall, send them a message on Facebook, like and comment on his or her most recent Instagram picture and call that person to make sure the offer was received.

Oh, one other thing. Guys, it's cool to talk about your team at the barbershop or the bar. What it is not cool to do is interrupt your friend's convo with an individual of the opposite sex to show them your starting running back's highlights on TV at the bar. This is ONLY acceptable if she is, too, familiar with the concept of fantasy football and the conversation centers around fantasy football. And even then, have some couth about yourself, bro. There's a time and a place for everything. 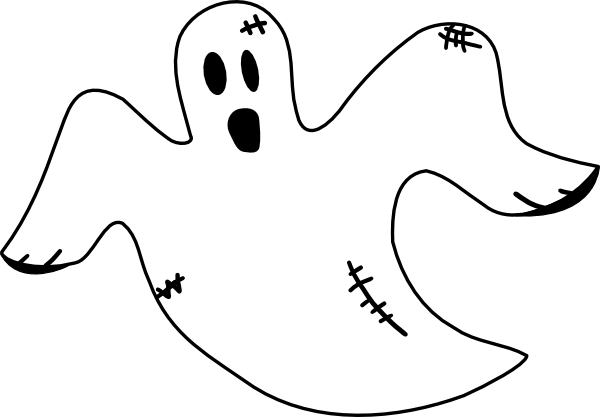 Just like no one likes an overbearing group member, everybody hates "the ghost." Who? Well, "the ghost" is that person who shows up during the draft, selects his or her team and is never heard from again. You selfish son of a bitch. Download the app on your phone so the "I wasn't near a computer to update my roster" excuse doesn't even need to be used. Your spot could have been given to someone who would at least take the commitment seriously. Now, thanks to my starting quarterback going down in Week 2 and my backup three weeks later, by the time we face in Week 8, I'm forced to start The Remains Of Akili Smith at quarterback while yours has a bye week. You don't bother to check your rosters, and you don't even start a quarterback that week. And still win!

This actually happened to me last season. I was more upset at my team than anything, but seeing someone who hasn't checked his or her roster since the draft is equally as frustrating. "The ghost" sucks.

Ahh, man. This guy is the person who uses EVERY SINGLE SECOND of the minute and a half time limit to draft a player when it's his or her turn. One, two or even three rounds is understandable. There are some make-or-break decisions that come up every year in every league in every draft that require the utmost concentration. However, anything more is enough to drive even the most diehard fantasy footballer crazy. This is why you rank players between picks. As fun as the draft can be, no one's trying to sit around the computer for two hours. Not on a weekday when most red-blooded Americans have work in the morning. And definitely not on the weekends when there's alcohol that isn't consuming itself and happy hours that need enjoyment.

There are more than just three individuals who can make your fantasy football experience a living hell - like the guy who drafts a kicker in the third round for no apparent reason. And there's also more pieces of advice - like don't join more than three leagues at the max because anything more is overkill and you probably won't enjoy updating a handful of rosters. Two leagues are perfect, actually.

Take these words and perform some soul searching before it's really time to buckle down and commit to a league(s). There's a good chance due to injuries, lackluster seasons and everything in between your squad will piss you off. That's fine because it's beyond your control. What's harder to sleep with at night is when the people involved in the league turn your fantasy into a nightmare.

6 Replies to “The Nightmare Of Fantasy Football: Three Types Of Owners We All Loathe”