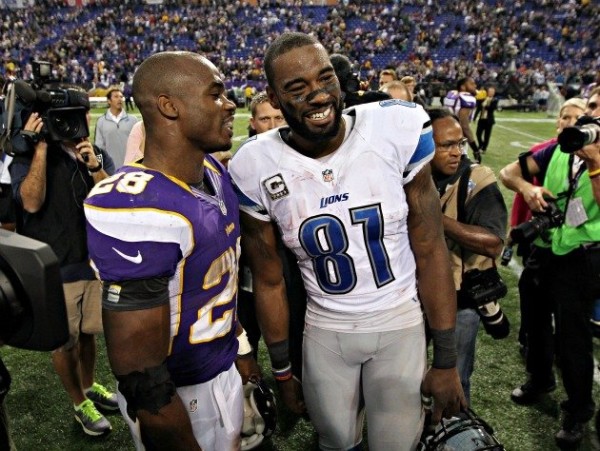 I don’t write about the NFL during the entire season, but as a multi-year NFL Sunday Ticket subscriber, I watch a ton of it. And in that vein, here is my definitive take on NFL awards season … with a few personalized honors for a few clubs and players to run with too. Take heed, for the truth is waiting below on 2012 NFL Awards season for the 32-team warm-up part of the year.

Most Surprising Squad—Indianapolis Colts: There’s nobody else even approaching this. It’s deeper than Andrew Luck awakening the offense or taking advantage of a weakened AFC. This club put the worst year in the NFL, the loss of the franchise’s greatest player and a mid-season coaching change behind it, all while getting better the entire way. And headed into the playoffs, they still have folks sleeping on them.

Most Disappointing Squad—New York Giants: I’ve never seen a Super Bowl champion return more intact, but with less heart. Hollywood is a long way from NYC, but this club managed to take up the city’s worst traits. Most deceiving record in the game this year, and their inadequacies truly had to be seen to be believed.

All for Nothing Effort—Calvin Johnson: Anytime you break one of the Jerry Rice’s records, it’s a big deal. Megatron did it so easily, with triple teams being the norm … and it all contributed to 4 wins. Vintage Lions ball is back in style.

Most Suspect Success—Atlanta Falcons: The Falcons are at that point where their seed doesn’t matter anymore. And coming off a wildly bad playoff effort (2 points was damn near bigger than 2 Chainz this year on Twitter), nobody is ready to believe until they see it, because even one January win is being billed as miracle at this point.

Longest Season—Kansas City Chiefs: There weren’t playoff expectations really, but the path the Chiefs took to the top of the draft felt even worse than the ’09 Lions’. Matt Cassel played a spectacularly bad QB, and the club didn’t even have a lead until week (?). Add in the Belcher tragedy and a remarkably top-tier talent-deficient draft as their reward, and this is truly the season from hell in West Missouri.

Best In-Season Resurrection—Cam Newton: He was left out to dry early in the year, fueled by a series of bad play on him and his line, and some very bad frustration shots of him losing on the bench. But Cam got back to who he really is late in year. Threw for 10 TDs versus one pick while winning five of his last six games.

Coach of the Year—Chuck Pagano/Bruce Arians: Can two folks win the real one? I’m not sure, but they get it here. Pagano started off the year getting this squad resurrected and ready after a total overhaul, then to become an unmatched story of inspiration in his battle versus cancer. Meanwhile, Arians stepped up to drive the team through the mud of the season. Cut the prize in half, and give them both a piece.

Defensive Rookie of the Year—Janoris Jenkins: As dynamic of a defensive playmaker in the league fresh out the gates. The St. Louis Rams’ second-round gamble played out with a top 10 impact; his four touchdowns were good for second best on the team, offensive or defense.

Offensive Rookie of the Year—Robert Griffin III: It’s a close year, and the point can be made a few different ways, but really, there’s no question here. RGIII revitalized the Redskins and pulled them up from a 3-6 start to a playoff berth in year one. He’s as frightening of a player as there is in football, because he is the first truly constant, dual threat QB since the role came into vogue (3,100 pass yards/752 rush yards, long pass TD of 88 yards and rush TD of 76).

Defensive Player of the Year—J.J. Watt: He put a full on threat on Mike Strahan’s single-season sack record as a second-year guy. The Texans defensive end became the most important defender on any team, holding down a defense that suffered through some tough losses and never really skipped much of a beat. He raised his sack total by 15 from his rookie year, while setting up the entire defense to do better by the attention he drew.

Offensive Player of the Year—Adrian Peterson: It’s pretty simple; he’s not human. All Day not only made good on his promise to be ready to go by week one after shredding his leg to end 2011 — he came back and put up one the best years in the history of the game. And in that vein …

MVP—Adrian Peterson: There’s really no other choice. While it’s a team game, the Vikings are much closer to the Chiefs than the Packers without him. He ended up as the 7th player to ever go over 2,000 yards rushing and finished 8 yards short of Eric Dickerson’s single-season rushing record of 2,106 yards. What’s more, the Vikes pass offense ranked last in the NFL, (Christian Ponder averaged under six yards per pass), and teams basically piled up on top of him the entire time. But AD, in a rebound year, threw the team on his back (doe), and crashed the playoffs at the last second. That’s as valuable as one guy can get.