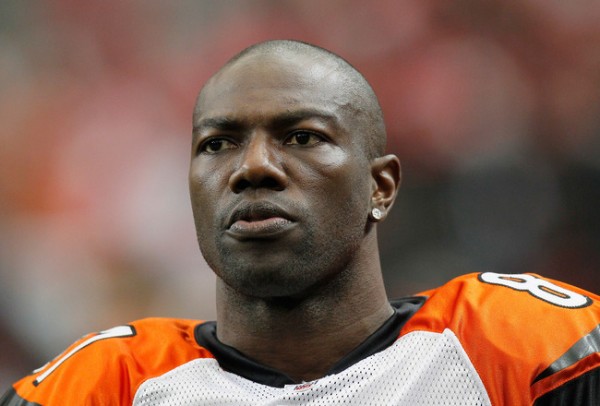 If you have followed the world of sports for the past twenty years, there are a few things that you can bank on. The one thing that is a constant is that almost 75% of professional football players are going to be broke within five years after they finish playing football. There are many reasons why, but the most typical is that someone stole money from them. The most typical come from financial consultants who make bad investments and take an athlete for a run that depletes most of their money.

Once this happens, players resort to strategic ways of making their money stretch. Some choose illegal activity. Take a look at players like Sam Hurd and Nate Newton. They lost money and tried to recover it through marijuana sales. Others will engage in get-rich-quick schemes that just speed up the demise of the player and the money.

Watching Terrell Owens’ demise has been tough for me. I am a T.O. apologist, and I have never denied that. Watching the man who craved the star and the spotlight end up broke and without a source of steady income has me worried about the health of the player.

We already remember the account of “questionable” attempted suicide by Owens in 2006 as he was a member of the Dallas Cowboys. This was during the good times. Now, times aren’t so good. Owens has appeared on shows for money to talk about his baby mama drama. He has also lowered himself to purchasing an indoor football team and playing for them to make money.

In fact, you can argue that Owens life has done a complete 180 since leaving Dallas. He spent time with the Buffalo Bills and performed at a pretty high level when they finally found a quarterback.

He then went on to the Cincinnati Bengals and performed at an All-Pro level before tearing up his knee. Now, things aren’t going so well for the receiver. His financial adviser took more than half of his reported 67 million dollars. His four baby mamas all want increases in child support, and his personal life is in shambles.

Even at age 38, Owens is a viable talent and worthy of a spot in the league. The only problem is that he has burned so many bridges throughout his career, no one will even consider giving him a shot. Last year, he held a televised workout, and not one NFL team showed up, despite more than half of the league needing help at the wide receiver position down the stretch of last season.

What I see from Owens now scares me, especially in the wake of Junior Seau’s suicide. Owens is showing all the signs of depression. On the Dr. Phil Show, he looked like a troubled soul with nothing to lose. His life has been pretty hard. He didn’t know who his father was until he was 12 years old, and the man lived across the street from him. He was raised by his grandmother who recently passed away. Things just aren’t going great for him at the moment.

Adversity will make people do strange things, and a lot of people are ready to gloat now that Terrell Owens is at an all-time low. I, on the other hand, do not see it that way. The man is going through some things. Whether he brought it on himself or not, he has a struggle on his hands, and I personally hope that he doesn’t take the easy way out.

You can look at the man and tell he knows all about hard work. Let's hope he can now work his way out of this one and, at least, become a model citizen with a great story to tell.

7 Replies to “Should We Be Worried About Terrell Owens?”