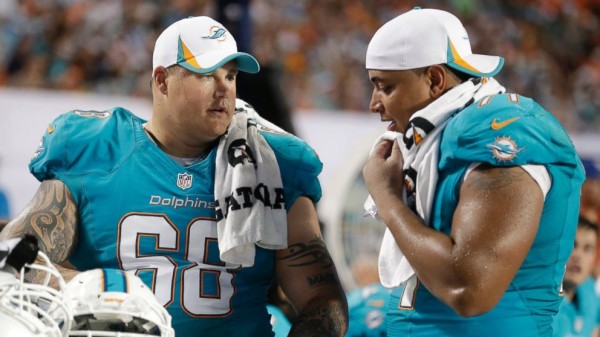 So, it’s safe to say that Jonathan Martin’s NFL career is over, if he was ever interested in reviving it.

The Big Lead released a PDF of more than 1,000 text messages exchanged between the former Miami Dolphins offensive guard and his now-exiled former teammate, Richie Incognito. With the investigation set to close this week, the conversations between the two did something that a widely criticized television interview couldn’t do — make Incognito believable.

Let’s not kid ourselves, much of the rebukes against Incognito — admittedly a slight bit from yours truly last fall on The Exchange — won’t be thrown away just because these texts show a strong kinship between the two men. After all, dropping a few anti-gay slurs and heaps of misogyny in previously private conversations isn’t going to make Incognito look like a saint anytime soon.

Yet for Martin, it will be interesting to see how much the friendship potentially frays his argument in the mind of special investigator Ted Wells. Depending on his findings, is it possible that the same angry mob that excoriated Incognito claims that Martin cried wolf in some way? Is there still a legitimate concern of bullying that it holds on to, or does it back away from further dissection of the locker room culture?

We might know more on Thursday. Or maybe we won’t ever really know.

On to the links.

The Lie of Peyton Manning – The Shadow League

A Father, A Son and How Sports Brought Them Together - The House That Glanville Built