The recent, tumultuous times in the St. Louis area have been as intense and all-encompassing of a social situation as there’s been in the past 50 years. It is a movement that has become so widespread that there is literally no part of American — and increasingly global — society that has avoided the winds blowing past it in one fashion or another. The lines in the sand have stretched far and wide, bringing challenges to the status quo in just over the past 100 days that may last for another 100 years if there is not a catastrophic event to jar the collective minority consciousness of America into looking in the mirror, then daring to break it due to the skewed reflection it returns.

Yet in some places, there is still the idea of a “church and state” affair, sanctuary where one can go to not have to face such issues. Often enough, sports provides such shelter from the harshness of reality. In some cases, this safe haven of entertainment has been helpful, such as in the continuing of the Major League Baseball season in the wake of the attacks of September 11th, or the universal hand holding vibe of the Olympic Games.

Despite the oft alternate reality of the athletic entertainment sphere, athletes carry a substantial expectation of public responsibility. They are criticized both for having and not having opinions on social affairs, political ideals and legal matters. Their perspective is made to matter because they are placed in the “role model” category due to the elevated role that professional athletics has in American society. Yet, the individual responsibility to share personal sentiment is an odd parallel to the how the opinions of athletes are often categorized.

I will admit that I was initially critical of St. Louis area athletes and their lack of immediate response to the Michael Brown shooting situation and the subsequent backlash from the community in light of it. Take from it what you may, but politicians and even community leaders cannot grasp the attention of the youth the way that athletes and entertainers can, especially on a local level. So in an era where a thought can be turned into instantaneous news in a matter of seconds, it was disheartening to have such a deafening silence from such a vital part of the area community: the St. Louis Rams.

The Rams are the most relatable athletes in the area for the African-American community. Despite their annual success, the Cardinals and baseball itself have been maligned due to an underrepresentation of blacks on the team, while the Blues and hockey in general do not move the minority needle far, if at all. With the similarly relatable NBA not in the area, the Rams are it.

Yet in light of this place in the community hierarchy, members of the team had been alarmingly quiet in comparison to the vibrant uproar that surrounded them. With protests at a throbbing pace and widespread expanse, the area outside of the Edward Jones Dome on Sunday was canvased by multitudes of police officers and even National Guard members, stationed by Humvees, to preserve the order outside of the stadium. Little did they know that the event they were charged with monitoring would have the actors in it finally take matters into their own hands.

The Rams took to the field Sunday for a game that on face value will never be remembered for the 52-0 rout that it became. Rather, it became a distinctive moment in a time that has been full of them.

When taking to the field, St. Louis Rams players Stedman Bailey, Tavon Austin, Jared Cook, Chris Givens and Kenny Britt, among others, made the “hands up, don’t shoot” gesture, which is quickly becoming as synonymous with the city as the Arch that rises above it when coming out together to be introduced for Sunday’s game. It was a moment that quickly changed not just the tone of the afternoon’s entertainment, but also the course of events in the outcome of the Darren Wilson/Michael Brown chronicle.

While the moment made headlines instantly, it was the response later on from the St. Louis Police Officers Association that really made the waves begin to crash on the event. The SLPOA is self-described as a “fraternity” geared towards “protecting the rights as an employee” of the area’s police department and functions as one of two area unions for the police force of both the county and city units. On Sunday evening, the organization issued a statement condemning the actions as derogatory against the area’s police … and then went as far left as could be imagined.

Within the letter, SLPOA Business Manager Jeff Roorda goes for the grandiose stance, stating how it is “unthinkable that hometown athletes would so publicly perpetuate a narrative that has been disproven over and over again,” while continuing on to question why the NFL would “tolerate” their actions, continuing on to urge the league to suspend the players for their actions.

The statement, both unsolicited and out of place, continued on to challenge the ethics of the players’ usage of their first amendment rights (a common theme in the policing of the St. Louis area as of late) and to “remind the NFL and their players that it is not the violent thugs burning down buildings that buy their advertisers’ products,” furthering the itemization of both the people of the city and the purpose of athletes as well. It is just another case of the dehumanization and missed mark in understanding the situation at hand within the city and the lack of common touch that has led to the climate as it currently stands.

However, Roorda’s statements have been roundly supported by residents of the city and abroad. The Rams players were denounced and referred to as “uneducated” and the Rams as “supporters of thugs” in comment boards and social media statuses over the past day. It is the stereotypical representative response that has fueled the growing fire within the dueling sides of the issue, and it has further solidified the fact that the racial and cultural battle lines of this legal case have moved well past the result of the court findings themselves.

As the reactions of the Rams show of support began to come forward across multiple media outlets Monday morning, it became clear how the point of the entire idea was missed in the first place. The idea that they gave the “hands up” gesture as simply a protest against the outcome of the grand jury’s decision is so far from the point that it could be a Rick Ankiel fastball.

Yet there is nothing in the subsequent outcome against the pregame protest that should be shocking, especially when considering the condemnation of minority athletes that have taken prominent stands over time. Historically, many African-American athletes have been persecuted for having opinions outside of what is seen as being their “role” or “purpose” in society. From Jesse Owens to Muhammad Ali to Jim Brown, Bill Russell, John Carlos and Tommie Smith, history has shown time and time again that it wants black athletes to perform, but to do so in silence. Do not speak to the issues that surround you as a man, only to ones that are a result of your job. It is that exact marginalization of these men to minstrel-like levels that shows the low value the opinions of the minorities truly carry to society as a whole. The very idea that the roles they have been subscribed to by outsiders should limit the reach of their statements of belief is as insulting — yet telling — as it comes.

The Rams as an organization quickly distanced themselves from the actions of their employees, which in many ways makes the statement’s resolve even stronger. Despite the fact that the NFL and the team itself made clear that none of the protesting players would be subject to the requested discipline of their actions, even the idea of the request is slap in the face. It says they are not entitled to an opinion, due to the fact that their job is to entertain and not step outside of that role, or else they should be punished. 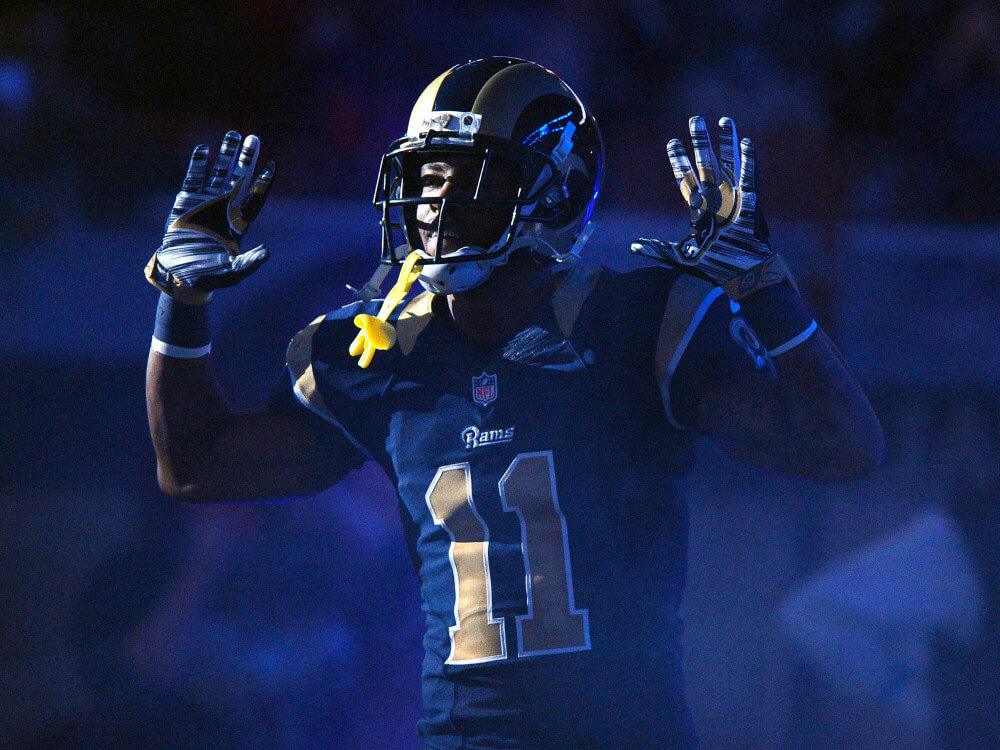 Why is it that these men should not be able to take a stand in the midst of a social uprising that impacts them not only as local figureheads, but more importantly, as young black men who fit the same profile as the preservation of those whom this entire movement is being constructed around? Throw out the money, the jerseys and the high-profile nature of their jobs; these are still people who have the full rights to voice their concerns. Any expectation of them to vacate these ideas due to the nature of their job is unacceptable.

If anything, they set the example that needs to be made in this situation: Take your earned platform and use it to its advantage. The higher the pot can be stirred from, the more people can see what’s brewing. The roof on the safe haven of professional sports was removed as the Edward Jones Dome, which sits just 10 minutes away from the Ferguson area that has engulfed the nation’s attention, was used as the stage to show that this issue is not above anybody’s attention. And the irresponsible condemnation of a response that it created further clarified the sights on just how wrong everything is in the hierarchy of social affairs in St. Louis — and America — today.

What their gesture stands for is much more than disputing a court case alone. It is about standing in unison with their race and culture, as well as a social movement that needs as many outspoken and bold moves as possible. The NFL is not a safe haven from the ills of society, nor should it be considered to be. It is a corporation populated by hundreds of the most noteworthy African-American men in the nation to many youths, and at a time when examples are needed of positive protest and progressive ideals, it is reprehensible to think that they should have to sit idly by and just be gargoyles to the events impacting their lives and communities.

2 Replies to “The St. Louis Rams Raise Hands While Raising The Stakes In The Social Narrative”

The St. Louis Rams Raise Hands While Raising The Stakes In The Social Narrative 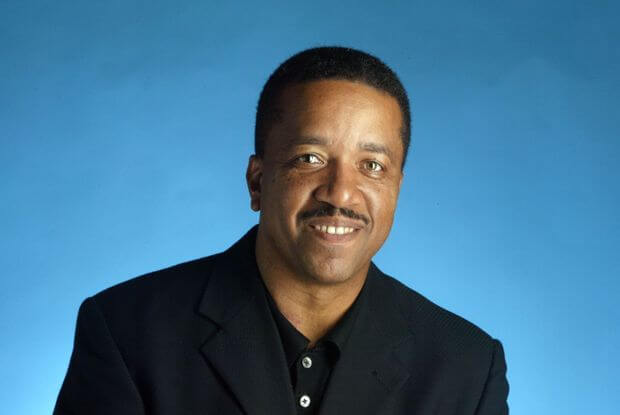 Etc. Remembering Bryan Burwell For The Man He Was And W…
Ed The Sports Fan Which College Football Program Would Produce The B…
2