The other night, I was watching one of my favorite shows on HBO, Boardwalk Empire. It seems as if every episode teaches me something about real-life situations or, at least, puts things in real life into perspective. Nucky, whose character is the county treasurer, is almost killed by a young and hungry competitor who wants his role in the business. Nucky has just lost his dad and is somewhat lost. So he solicits advice from Johnny Torrio and Arnold Rothstein. The calculating Rothstein tells Nucky he has no choice but to "do nothing." The career gambler explains that it's the only way Nucky can win: "there are weeks, sometimes months, in fact, when I don't make a bet at all, because there simply is no play. So I wait, and I plan, then I marshal my resources. When I finally see an opportunity, I bet it all."

When I heard this, it summed up the NFL contract negotiations to a T. I was thinking about how so many athletes have their timing all wrong when it comes to getting paid. Seriously, if you think about it, Chris Johnson played his cards and is now being chastised and may be costing everyone else money, due to his lack of production. The way I see it is you have to know how to play your hand. 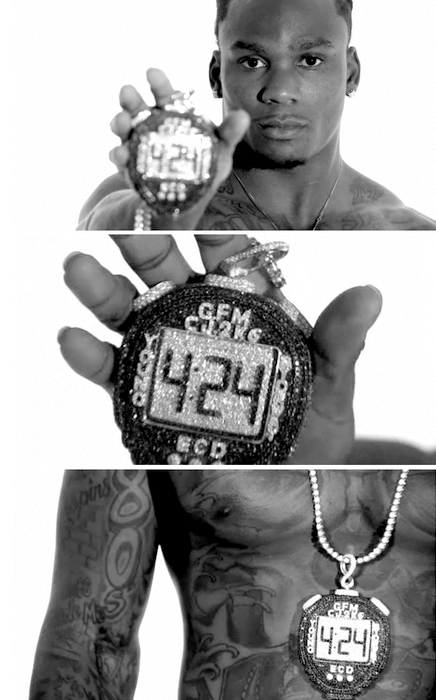 Everyone’s hand doesn’t play the same. For example, the NFL feeds on professionalism. When I think professionalism, I think Matt Forte. Forte is making a mere $600,000 this season. That is a lot of money for the average working man and quite a nice living, might I add. By NFL standards, it’s like getting a Bentley for the price of a Camry. Forte is clearly the best player on the team, but there are roughly 44 players on the team who make more money than he does.

However, he doesn’t complain. All he does is play hard and doing his best to raise that price tag. Unfortunately, it’s probably not going to work as the Bears will probably hit him with the franchise tag next season. After that, he can hit the open market after the price tag on him will have dropped considerably, due to age and use.

Other players have chosen different paths and, unlike Nucky, they have bet it all without a plan. DeSean Jackson has taken the Terrell “Eldorado” Owens method to getting paid. Jackson is getting irritated, because he can see that there is a possibility that he won't get paid, due to the way the Eagles have loaded up and removed him from the center of the game. Jackson should have stood his ground like Chris Johnson did earlier in the year when he had leverage. You can bet the ranch that if the Eagles would have started 3 – 6 without him in the lineup, a check would be in the mail for far more than the $600,000 he is making this year.

The verdict is still out on Peyton Hillis and his methods. Hillis has been damn near invisible this year, as he has been negotiating for a bigger and better contract. Hillis hasn’t played in quite a few weeks, and it shows in the production of the Browns. However, like most teams, the Browns have adapted and moved on, leaving Hillis as a man without a team. Hillis bet it all too fast, and now his price tag is dropping with every game he misses. He better hope he can get better soon, so he can get out there and at least show the world that he can still play.

One thing that Forte has done that helps him more than most is Forte just played through it. Since he is watching, producing, waiting for the right moment, there has to be a big pay day in his future. When the season is over and the Bears look at the body of work, Forte is going to bet it all. Somebody is going to have to pay, and it should be in the neighborhood of Adrian Peterson-like money.