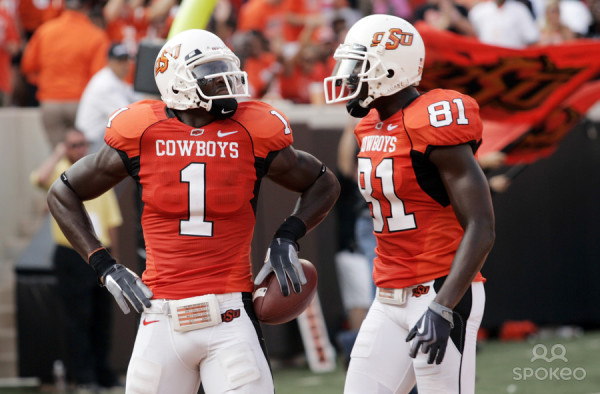 As an Oklahoma State alum, there was a time when I prayed the national media would give my school some attention. These days? Not so much.

Thanks to a highly publicized five-part expose by Sports Illustrated's new crack team of investigative reporters, the Oklahoma State Cowboys football program is making plenty of headlines this week and none of them have to do with the thrashings they gave Mississippi State and Texas-San Antonio to open the season.

Instead, SI is changing the season flavored by a potential Big 12 title run into a narrative about shenanigans supposedly going on during the previous decade (did we ever decide what to call that thing? The aughts, maybe?). On Tuesday, the first part dropped with allegations regarding improper benefits. Wednesday gave us academic improprieties. Thursday promises plenty of ganja, and Friday will bring the sex every good scandal needs.

Here's the thing. I'm an OSU homer, through and through, and I suspect there to be truth to everything Sports Illustrated is bringing to the table. Boosters sneaking money to players? Probably. Players getting grades they didn't earn? It happened when I was there. Drugs? Please, what players aren't doing them? And as for sex with co-eds...well, I always envied the ball players. The problem is despite my preconceived notions, SI's series doesn't really prove any of it. And in some cases, I question if their reporting doesn't hint at the opposite.

Sports Illustrated has boasted about spending ten months investigating the Cowboys. They bragged about acquiring more than 100 sources, 64 of them former players (ALL ON THE RECORD!). Despite all that time and cooperation, they have a shocking lack of any real evidence throughout the series thus far.

That's not to say there isn't plenty of dirt being slung. Sprinkled liberally with quotes from former players, the bylined team of George Dohrmann and Thayer Evans tosses out a plethora of allegations in part 1 about players being paid for performance. According to some of the quoted players, the really good players were getting upwards of $25K per season. Did the quoted players have any proof? Sure. They heard about it, and in one case, former defensive tackle Brad Girtman witnessed former defensive back Darrent Williams getting a fat envelope full of bills. As for the corroboration of the single case of eyeball verification, well, that would have been difficult for the SI team; Williams died in 2007.

Speaking of the dead, Dohrmann and Evans found plenty of impropriety when it came to people who couldn't be reached for interview by any method other than seance. Vernon Grant, who died in a traffic accident before the 2005 season, was one of six named recipients of performance bonuses. A deceased campus museum worker was one of two named boosters who supposedly supplied players with odd jobs at her rental homes that paid exorbitantly for the work performed. (Her heir, who was not questioned by SI, claims his mother did not own rental homes.)

The other booster named was John Talley, the director of Fellowship of Christian Athletes in Stillwater. We all know that FCA is rolling in dough, so he was flush with cash to give players. ( edit. - Since most of you have never read me before, please note that was sarcasm.) That said, the player who reportedly claimed a Summer of free rent from his spiritual advisor, former starting quarterback Aso Pogi, immediately refuted that characterization, and explained how Thayer Evans ambushed him outside of a bible study and took no notes or gave any indication their conversation was recorded. 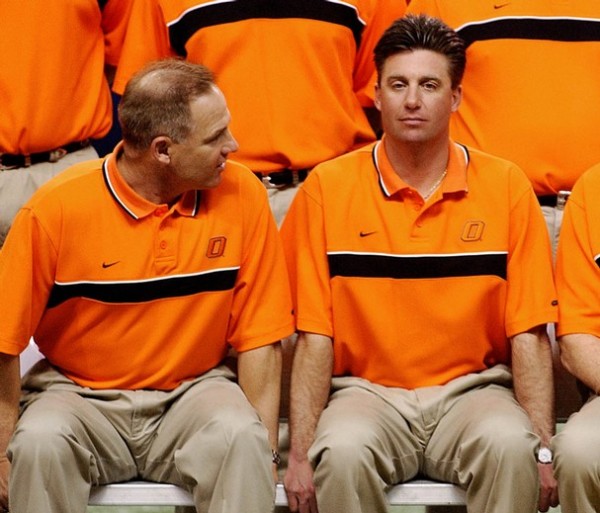 Aside from the allegations of journalistic impropriety, Pogi's distancing himself from the story really brings down the quality of the "whistle blowers." Pogi is currently a Methodist youth minister and was basically OSU's Tim Tebow during his playing days. The rest of Evans and Dohrmann's informants could be charitably described as sketchy. The majority of the players quoted alleging breaking of team rules were dismissed from the team for...wait for it...breaking team rules.

Oddly, Dohrmann and Evans found it unimportant to the story that the tenures of most of their sources ended with the coaches giving them the boot. Even for just the purpose of full disclosure, one would think it might matter that guys like Brad Girtman saying the school failed to enforce rules were perfect examples of the school enforcing rules. Or when it came to academics, Artrell Woods spent part 2 of the article bragging about how he didn't do any of his own coursework took to Facebook to defend his participation in the exposes this way:

So to be clear, Woods (who was injured in a freak weight lifting accident and was temporarily paralyzed--but nearly returned to play) thinks he should have been gifted a degree without studying. And because of that, the school has poor academic policies.

These sources who received money from people whose names they never knew, and went to businesses they can't remember to wait in the car while other players went in to get paid, or collected paychecks for work they only pretended to do aren't exactly models of honesty.

It makes me wonder how George Dohrmann, whose Pulitzer Prize I have heard about constantly this week, ever ran with this story. He didn't really. Watching this video SI put on their website, it's pretty clear Dohrmann's involvement was just as the writer. The work done on the article, as well as the impetus for starting the investigation rested almost solely with Thayer Evans.

Evans' former colleague at Fox Sports and current ESPN analyst Jason Whitlock went off on the investigative journalist within hours of the first article dropping:

A Putnam City West (Oklahoma City) graduate, Evans has been a consistent arsonist in the Bedlam flame war. During Oklahoma State's 2011 Fiesta Bowl run, Evans antagonized the Cowboys' star quarterback Brandon Weeden by asking him in the wake of the team's victory over the University of Texas, "when's it going to happen? When's Okie State going to pull it's Okie choke? Like they always do."

This series has been his "Hit 'Em Up." Did he use this is as a vehicle to smudge Oklahoma State's Bedlam miracle that knocked his Sooners out of BCS contention in 2001? Of course, it was the pinnacle of booster generosity--supposedly they were tossing out hundreds in the victor's lockerroom like Pac Man Jones at a gentleman's club. Did he call Mike Gundy a hypocrite for saying his quarterback wasn't a professional during the epic rant directed at Evans' journalistic fraternity sister Jenni Carlson? You know it. Did he tie this to OU's own no-show payment scandal by concluding that one was chump change compared to what was going on a couple of counties north? He hit em up.

What sucks is that the damage is already done. The allegations are already headlines on most major media outlets, and part of the ESPN Sportscenter scroll. The inconsistencies and recantments probably won't be reported anywhere outside of the state of Oklahoma. Meanwhile, SI gets to become relevant for a few weeks without the aid of Kate Upton's cleavage and the Oklahoma State season will be secondary to a likely NCAA investigation.