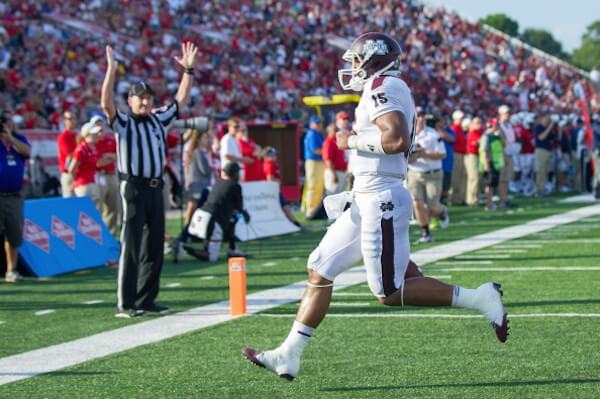 I once worked for a man named Kevin who became a dear friend. He owned a flower shop and taught me the "always" rules.

When you learn a new trade, the "alwayses" are where you start.

Kevin knew horticulture and had a knack for the elegant arrangement of his beloved blooms. They could take your breath away in ways that taught you to love flowers. He learned his "alwayses" at Mississippi State in the 1980s.

There, he discovered you always ring the cowbell when the Bulldogs defense stands on third down. He still finds time during a hectic fall wedding season to check on his alma mater. His dedication to Mississippi State didn’t appear with maroon shirts or bumper stickers. The fact he kept in touch at all said enough. SEC football is more than what some assume and maybe more than what others believe.

The meaning’s rooted in the idea that a product gives pride to an area. In the same way Detroit is fiercely proud of the Fords and Chryslers, the American South has its football. The attitude rubs some the wrong way when they wonder how these Saturday-crazed fools could be so dense to think no other form of pigskin matters. Then, a weekend like the one ahead reminds us all — because it’s really the only type of college football that does.

The SEC West is powerful this season, and the first round of the college playoff will start on Saturday. Texas A&M and Mississippi State. Alabama and Ole Miss. LSU and Auburn. Any college football fan with a Saturday devoted to the recliner can thank the South for its “amateur” football this week. It’s a bonanza of all that matters. Any other game is but a ripple at the edge of the pond.

I’m sure Kevin will keep up with the score, no matter where his travels take him. Then on Sunday, he’ll likely go to church like so many of his former classmates. They’ll sit in the pews at local parishes where the talk before and after revolves around how their teams fared the day before.

That’s the South for you, and in the NFL and fantasy football-dominated realm, it’s nice to see a group of folks so invested in something else. Sure, they frequently go above and beyond sanity. Look no further than Paul Finebaum’s career for proof.

Another invitation to beneath the Mason-Dixon Line will be delivered this weekend with all the goodness it provides. The crowd shots of coeds who guzzled down mint juleps in the parking lot. A group of crusty old men who look like they belong behind a gas station counter in deep discussion over local gossip. Kids and families who knew Bear Bryant’s win total before they set foot on kindergarten’s campus.

Ah yes, the South. This beloved land, so entrenched in its intricacies that anyone from two counties over is considered a foreigner. Something true is stuck in the ways of SEC football and the people who follow it so loyally. It might reach back to the Civil War and the southerner’s desire to stand behind his state. A layer of the passion could be related to small-town communities, or it may be as simple as good, old-fashioned fanhood.

All we know is the eyes of college football will once again turn to the place it knows all too well on Saturday. It will see a glimpse of the “Starkvegas” Kevin so frequently recalled in good favor. The cowbells will ring louder than usual at Davis Wade Stadium, because that’s what the alwayses permit.

You always get loud when a top team enters your town, even if that squad just became a part of your club. One team always wins — and good Lord willing it’s yours — while the other falls.

The pomp-and-circumstance tilts will blast across the sports fans’ sets this weekend, just as they should. Win or lose, my dear friend will likely toss elegance aside and hate Ole Miss just the same.