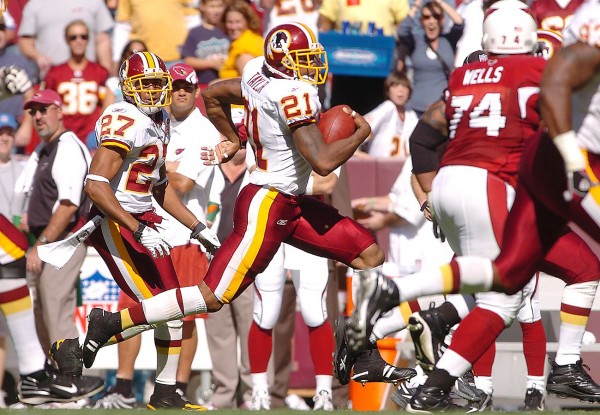 These words weren't supposed to happen. Truthfully, I'm not even sure what triggered them. This time of the year has always been catered to the NBA playoffs. My stance this year is well documented and, apart from that, I just love the game of basketball itself. The same way I do football. Then, from the upper deck of left field, it hit me while watching a late night edition of SportsCenter with, ironically, the instrumental to Master P's "I Miss My Homies" playing through iTunes. Weird, I know, but it happened.

With the news ESPN would be bringing back the critically acclaimed - and probably top three initiative the company has ever embarked upon - "30 For 30" series, I immediately thought of their Len Bias documentary. Having known Bias' story for years, putting footage to my mental image already curated at the time was a powerful and emotional experience. I'm not afraid to admit my eyes welled up and even produced a few tears. It was just that powerful. Unfulfilled potential can produce those type of emotions and the clip of his father breaking down crying in front of the media damn near has me misty-eyed typing this.

No one wants to die before their time. We're supposed to accomplish our dreams, get married, have kids and whatever else your image of the "American Dream" dictates. Unfulfilled potential is the worst burden to carry, mainly because the question of "what if" is a scar which never fades over time. You always wonder. You always wonder how much stronger and longer could the Celtics dynasty have been with Bias learning under Bird, McHale and Parish. You always wonder if Benjamin Wilson could have blossomed into the all-world talent his Chicago high school career suggested. You always wonder if Drazen Petrovic could have become a Hall of Famer. I mean, sh*t, you'll always wonder what Trayvon Martin could have been had George Zimmerman followed 9-1-1's orders.

For Sean Taylor, "what if" is the driver in his legacy's car.

Sean and myself had always been connected at the hip for being polar opposites. He was a freakish athlete. I tore my ACL when I was the top rated seven year old in the country on a freak landing following a layup which forever altered my career. He attended the University of Miami. I was a Florida State fan that attended a historically black college in Hampton University. He was drafted by the Washington Redskins. I actually have common sense and root for the Dallas Cowboys. That whole spill about me tearing my ACL wasn't exactly true, by the way. I'll let you figure out what part isn't.

The guy was a thorn in my side for as long as I could remember. Yet, one November morning I woke doing what I normally did to wake myself up and get ready for class. You all did it in college. Yeah, that. I immediately checked my phone to a text from my boy Dario who is a diehard 'Skins fan. All it said was, "turn to SportsCenter right now." The headline simply read "Sean Taylor Dead From Gunshot Wound." You know, it's weird. I've spent the majority of my life as a sports fan wishing ill will on the Redskins. Seeing them sign over-the-hill veterans for far more than they're worth was comical and even seeing the team fall flat on their face after starting 2-0 is one of my finest joys.

This? As in death? As in he's not coming back? It was one of those surreal moments in which the only thing you could do was watch television in shock. 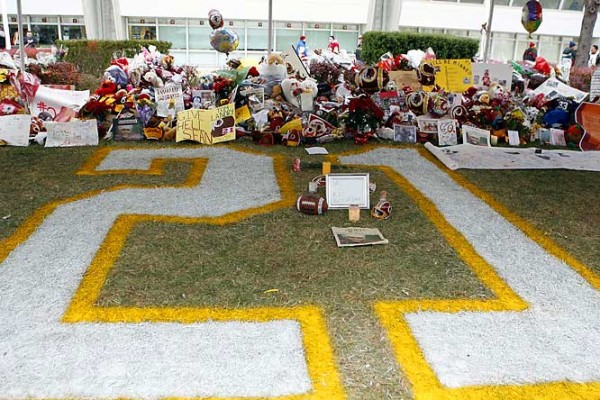 I missed class that day. Calling a spade a spade, Sean Taylor was one of those guys I hated (my teams) playing against, because his pure football skills were through the roof. He had his "character issues" off the field, but the last time I checked, no wings are growing from my back or anybody else's who put their pants on one leg at a time. And for the better part of the last year of his life, those close to him spoke of the change they saw in him both as a man and professional athlete. Tupac Shakur once said, "Change is all apart of growing up. As long as when you change, you change for the better. I really don't know anyone who could be mad at you." And that was Sean. Mistakes happen. You piss people off. You do some things that, in hindsight, you even shake your own head at. But that's what your 20's are all about. I knew that at 22 and was the main reason the negative publicity surrounding his death rubbed me the wrong way and damn near turned me away from trying to pursue a career in sports/music journalism altogether.

Taylor was a freak of nature player on the verge was everything you wanted in a safety. Coming from a guy who had Roy Williams (the safety; we had yet to trade for that waste of a receiver by the same name) on his team, I appreciate the former's abilities. Roy could hit, but Taylor's hits just felt like they resonated from a bad, bad place. Like the Ronnie Lott School of Pain. It's a reason Sports Illustrated tagged him the hardest hitting man in the NFL with the description that something out of a Marvel comic book, "Taylor has the speed of a cornerback, but the strength of a linebacker. That combination and his tendency to be near the ball make him one of the hardest hitters in the league and a constant defensive threat. His teammates have nicknamed him "Meast," saying he is half-man, half-beast." And given his style of play, he would probably the league leader in fines had he been around today. Williams, on the other hand, couldn't cover a piece of toast with butter if you gave him a knife.

It's more than that, however. I never had the privilege of knowing Taylor personally, nor did I ever meet anyone who knew him from beyond a fan standpoint. Beyond how many interceptions he could've ended his career with or if he could have ever brought the Lombardi Trophy back to the nation's capital are all, in a sense, selfish thoughts. From the way Clinton Portis speaks of him to this day, he was more than a teammate, but someone he would have given his own life for. He was a father and soon-to-be husband. The aspect of Sean's death that stings just as much today as it did November 27, 2007, was the fact he died serving the one duty every man is mandated with from birth - protecting his family.

I never want to see the Redskins do well. In an ideal scenario, they'd go 0-16 in 2012 forcing Robert Griffin III to hire Archie Manning as his business advisor. Then, in a fascinating turn of events, MMG (Manning Manages Griffin) force their way to a new city upon learning Dan Snyder gives contracts based off how many points he scored on his last Words With Friends game, which could actually explain a lot. When it comes to Taylor, however, all jokes cease. A man lost his life and a fan base lost, really, the last true superstar-caliber player they had to believe in, prior to RGIII (Laron Landry lost that once he began digesting entire GNC shops to look like the real life M. Bison from Street Fighter). We were all cheated out of a career far from reaching its climax. And five years later, it still fails to resonate comfortably.

10 Replies to “Sean Taylor And A Boulevard Of Broken Dreams”