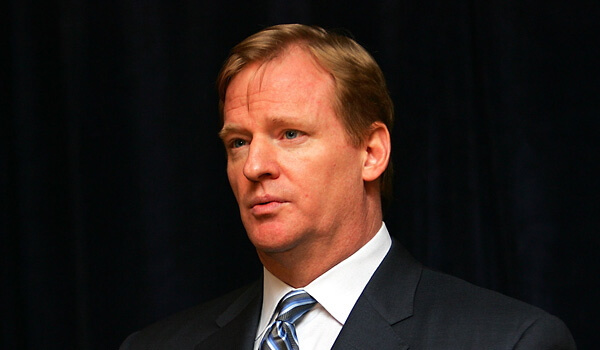 The National Football League launched the “Together We Make Football” campaign a season ago. “Why do we love football?” the league asked. Famous fans and legendary players answered with their personal stories. Individuals from across the country submitted videos in hopes of winning a trip to the Super Bowl with their own tales of adoration.

I thought the whole thing was done in poor taste. The contest emerged at a time when revelations about the debilitating nature of concussions and the league’s negligence in treating them came to light. Parents across the country debated whether or not they would let their children play football. LeBron James weighed in. So too, did President Obama.

It was the first time I could ever remember feeling uncomfortable watching a sport. Every big hit that rattled a player’s head also shook me, the viewer. I no longer celebrated the play. I worried. But I watched. It’s hard to separate oneself from any sport, let alone one that invades our lives on a daily basis. Baseball use to be America’s national pastime. The NFL swallowed America.

So, when the “Together We Make Football” commercials flashed across the screen, they came off as nothing more than propaganda. There are millions of people who love football — I’m not quite one of them — but given the state of the game, should that have been something we advertised on a weekly basis? Somewhere out there, you could imagine an ex-player, say Jim McMahon, struggling to recall that he even played the sport that made him famous.

The campaign represented all that is wrong with the NFL. It’s arrogant. The tagline presupposes that we do, or should, love football. Anyone who answers “I don’t” gets shoved to the edge. His or her voice is drowned out by dramatic music and the cheers of the majority who are drunk on the game. The NFL, meanwhile, blasts its red, white and blue shield that beats the symbolism into our skulls. The NFL is American. The NFL is strong. The NFL can’t be touched.

A year on from its beginnings, the “Together We Make Football” campaign has grown even more farcical. Ray Rice’s punch to his fiancee’s face and Roger Goodell’s ineptitude at punishing the action removed all good will from the league. Why do we love football? “How can we?” is the better question right now.

Goodell failed as the head of an American institution. He grew to believe that every decision he made was the right one because the dollar sign told him it was. But this is nothing new.

Consider that in 1976, the NFL launched a similar contest to “Together We Make Football.” The league wanted to take part in America’s bicentennial celebration, so it asked high school students to submit essays that described “The Role of the NFL in American History.” Red Smith, the greatest sportswriter who ever lived, wrote an entry in the voice of a teenager. It was the equivalent of Picasso creating a masterpiece with finger paint.

In a satirical column, Smith outlined the Houston Ridge Case, an event that has become all too familiar today:

The N.F.L. has made contributions to legal history, medical history and pharmaceutical history. In fact, the Houston Ridge Case was a milestone in all three areas. Houston Ridge was a defensive end with the San Diego Chargers who got hurt and sued the club, the team doctor and the league. He said they gave him pep pills to kill the pain so he could keep on playing after he was hurt. He said he did keep on playing and got hurt worse. He was on crutches a long time… Houston Ridge was paid more than $300,000 to settle his suit. That was pretty historic. Later Pete Rozelle, commissioner of the N.F.L., put eight of the Chargers’ players on probation for using drugs and fined them different amounts. He fined the club $20,000 and Harland Svare, the general manager, $5,000.

Smith went on to eviscerate the NFL for its labor policies and, in what was a common theme over his career, commissioner Pete Rozelle’s insistence on playing games as scheduled the day after JFK’s assassination.

“In Rome, Italian taxi drivers draped a cab in black and parked it in front of the United States Embassy,” Smith recalled. “In the United States while mourners filed past a flag-draped coffin in the Capitol Rotunda, the National Football League played a full program of games.”

“That didn’t prove the NFL callous or insensitive to history, though,” he continued. “They always play ‘The Star-Spangled Banner’ at NFL games.”

Coincidentally, Adam Schefter brought up the JFK debacle on Monday when the Rice news broke (again). Schefter called it Rozelle’s biggest regret as commissioner. In doing so, the ESPN insider, whose outrage was made all the more powerful given his usual robotic demeanor, insinuated that Goodell would consider his treatment of Rice’s domestic assault in a similar way.

It’s too easy to say nothing has changed in the 38 years since Smith’s essay, but really, the crux of his argument remains the same. The NFL is too big to see its follies. “America loves us,” the league says. “Tell us why.”

Goodell introduced the personal conduct policy. He doled out punishments for rapists, dog killers, drunk drivers, drug users, violent tacklers and, yes, women beaters. He even stopped an entire franchise in its tracks over an alleged bounty system.

Somehow, he failed to see that no one man should have all that power. Goodell was bound to miss at some point. But billions of dollars in revenue can shield an awful lot of problems.

The 32 NFL owners agree. They’re the only group that can oust Goodell, and the word is they won’t. Why should they? The league has never been more profitable and popular.

That’s the paradoxical nature of the sport. The numbers suggest the NFL is the healthiest it’s ever been. In the court of public opinion, it has never been lower. Goodell has long maintained that women represent 50 percent of his league’s fan base. Well, at best he alienated the female fan, and at worst he insulted her beyond belief. And still, Ray McDonald played week one for the San Francisco 49ers. Greg Hardy suited up for the Carolina Panthers.

Goodell only sees one side of the paradox, the side that owners see as well: the dollar sign.

It’s left the commissioner with an impervious power that even a scandal of this proportion cannot break. Goodell went on national television the other night and basically shrugged his shoulders when asked about the elevator video. He wore the same straight face the entire time.

More than one person has likened Goodell to Nixon, the man who, ironically, ruined the commissioner’s father’s political career.

Never mind that the man confused Nixon with Napoleon. He had a point. Besides, Goodell is more dictator than president anyway. 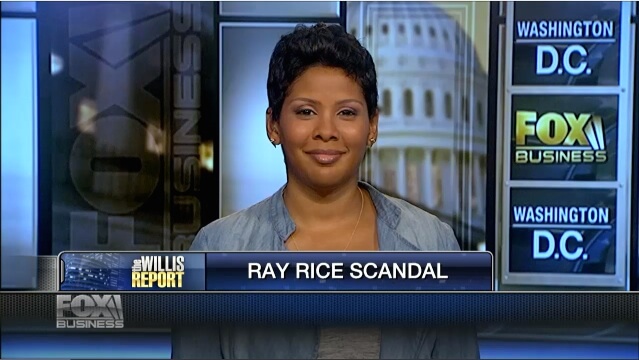 Football VIDEO: The NFL Chick Speaks Out On Ray Rice And Ro…
Football Spatted Up: Here’s The 5 Freshest Football U…
5