This was an incredible draft class of wide receivers with six selected in the first round, seven more in the second round, and a total of 15 out of the first 92 players taken. That included picks made by four out of the five teams with the best rookie landing spots before the draft, so now it’s time to rank which players are the most likely contributors this season. With such a deep group, I’m changing up the format from the last two editions of this article, but the premise is still to look for college production, physical traits, and available opportunities in that order.

The receiving criteria to look for is whether a player dominated looks in his team’s offense to register at least 24% of the catches, 25% of the receiving yards, and 26% of the receiving touchdowns. This is based on research from J.J. Zachariason, who found that the truly elite NFL receivers averaged 31.5%, 36%, and 41.5% of their college offenses’ market shares. As far as measurables, Adam Levitan found over the years that prospects should be at least 190 lbs (with 183 as the minimum), run under 4.6 in the 40-yard dash, have a vertical of at least 35”, and broad jump at least 10’. These are not deal breakers for a player to be good, but these thresholds provide an idea of what to target when drafting. Lastly, I’ll be referencing available targets and air yards to provide a point of reference for which teams have open opportunities to walk into, although this is less of a priority since talent should win out in the end.

While the Cowboys may not have been an ideal landing spot at first glance with two 1,000 yard receivers already in place, they actually have 190 targets and 1,713 air yards available, which are both the 2nd-most in the league. Amari Cooper saw 21.04% of the team’s targets in his 15 healthy games, Michael Gallup actually was at 21.28% in his 14, and the departed Randall Cobb had 14.93% in his 15. Lamb can pick up that latter number along with some of the former tight end Jason Witten’s 13.93% since Blake Jarwin probably won’t see a huge jump from his 6.88%. After Dak Prescott threw the rock 596 times last year, the rookie can get plenty of looks as part of potentially the best wide receiver trio in the league.

The #1 team from the pre-draft list acknowledged their need by picking two receivers in the first three rounds, including the surprising selection of Ruggs as the first one taken. He only recorded 14.55% of the catches, 18.02% of the yards, and 15.56% of the touchdowns on an absolutely stacked Alabama team, and although the catch and touchdown rates were a little better as a sophomore, this is all about the physical traits. At 5’11”, 188 lbs, Ruggs recorded a 4.27 40, 42” vertical, and 10’11” broad jump, so suffice to say that he is as athletic as they come and is a big play threat on every snap.

Conversely, Edwards was unable to even run at the combine but did measure in at 6’2¾”, 216 lbs. The 81st overall pick’s production profile was also on the other end of the spectrum with impressive market shares of 30.47%, 34.77%, and 50% in his 10 games as a senior, and that is backed up by solid rates in all three previous years. Both players are set to get as many snaps as they can handle on a team desperate for playmakers on the outside, especially after Tyrell Williams was placed on injured reserve. Rotoworld’s available opportunities list hasn’t been updated since that occurred, but his 64 targets and 870 air yards, per AirYards.com, bumps them up to the 10th most targets and 12th most air yards available.

Reagor was angling for the top spot on this list until a slight labrum tear in his shoulder ruled him out for a couple of weeks to start the year, but it’s a good sign that he avoided surgery. After flashing as a true freshman with 28.57% of the touchdowns, he broke out as a sophomore with elite market shares of 29.96%, 38.43%, and 50%, and the fact that his junior campaign was torpedoed by a true freshman at quarterback didn’t stop Philadelphia from taking him 21st overall.

Although his “disappointing” 4.47 40 may not have competed with Ruggs like he was expecting, the TCU star recorded ridiculous jumps of 42’ and 11’6” at 5’10⅝”, 206 lbs. The Eagles have the ninth-most air yards and 13th-most targets available, and that’s without even accounting for Alshon Jeffery, who had Lisfranc surgery and is rumored to be on the trade block. Reagor should be able to show off that downfield athleticism in no time. 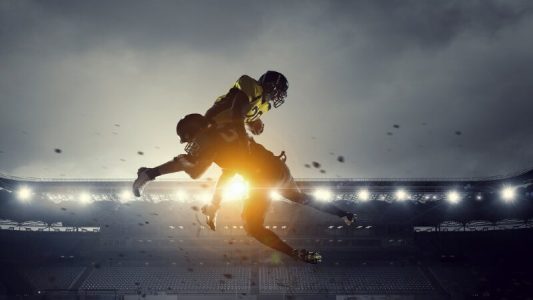 Jeudy edges out Lamb as the top prospect of the class in my eyes, but he falls slightly behind here due to an uncertain situation after Denver took him 15th overall. Despite the aforementioned competition at ‘Bama (DeVonta Smith and Jaylen Waddle will be in next year’s first-round conversation), he recorded market shares of 22.59%, 27.09%, and 26.92% and then 26.83%, 26.15%, and 20.41% in back-to-back seasons. The former won him the Biletnikoff Award as a true sophomore when he had Tua Tagovailoa passing to him for the whole year while the latter involved more nuance around the formation with extra slot duties. Jeudy measured in at 6’1”, 195 lbs with a strong 4.45 40 and solid jumps of 35” and 10’.

However, he is joining a run-first team that only ranks 24th and 26th in available targets and air yards. There’s also the question of whether second-year quarterback Drew Lock is capable of supporting Jeudy along with Pro Bowler Courtland Sutton, and emerging tight end Noah Fant. Lock did show off some skills while leading the team to a 4-1 finish, but Jeudy might be more of a long-term star to watch than Offensive Rookie of the Year candidate.

That size is something the Colts roster lacked and is sure to be appealing to Philip Rivers, who has a history of throwing up jump balls to big targets like Vincent Jackson, Malcolm Floyd, and Mike Williams. Indianapolis also has 25.8% of their air yards and 24.2% of their targets available, which are the 11th- and 12th-highest rates, respectively, and top target T.Y. Hilton has been slowed by injuries in recent years. Pittman could easily be the team’s #2 target right away with the potential for more.

Falling a bit in the draft actually landed him on a New York team with the most air yards available in the league and the 4th-most targets. Some of those will go to free-agent addition Breshad Perriman, but he was only signed for this year and is already dealing with knee swelling as part of a long injury history. Mims did miss a lot of training camp himself with a hamstring issue that bears watching, but he returned to practice last week.

The other rookie nursing his hamstring is Aiyuk, but the good news is that he was a star of training camp before going down. The 49ers showed how excited they are about him by trading up in the first round to secure his services after he broke out for market shares of 29.41%, 39.21%, and 38.1% in his 12 games as a senior. Despite having a core muscle injury that required surgery after the combine, Aiyuk ran a 4.50 with elite jumps of 40” and 10’8” at 5’11⅝”, 205 lbs. The 21.97 mph recorded game speed that Arizona State shared with the team could be a better indicator of his true wheels when healthy, and an eye-popping 6’8” wingspan adds to an impressive catch radius.

The cause for concern, aside from the hamstring strain, is that San Francisco is a run-heavy team that only ranks 21st in both available targets and air yards. The arrival of Jordan Reed could also limit opportunities with more two tight end formations. That being said, Aiyuk is in line to be a starter opposite Deebo Samuel, who is recovering from foot surgery. And while the total volume may be low relative to the rest of the league, 28.5% of the team’s air yards being available is the 7th-highest mark in the league while 20.9% of the targets is 17th. If their defense regresses at all or Kyle Shanahan simply calls more passes, Aiyuk could exceed expectations.

Although they have the 4th-most air yards available, they are 18th in targets due to how Stefon Diggs was used as a devastatingly efficient deep threat before being traded. It remains to be seen if that’s how Jefferson will be deployed due to his proficiency in the slot and the fact that he’s been running behind Bisi Johnson as the #2 receiver to Adam Thielen. That could be a problem considering the Vikings deployed two tight end formations at the second-highest rate in the league and might continue to increase the role of breakout tight end candidate Irv Smith Jr.

Shenault is perhaps the most fascinating prospect because practically the entire Colorado Buffaloes offense hinged on him as a sophomore, even to the point of being a wildcat quarterback running for five scores. He had truly elite market shares of 42.36%, 46.19%, and 46.15% through nine games before getting hurt and seeing his 5-4 team lose the final three games. After a coaching change and return from injury, Shenault recorded solid if unspectacular 24.56%, 30.31%, and 25% rates in his 11 games as a junior. At the combine, he only participated in the 40 and put up a 4.58 with the frame of a running back at 6’0⅝”, 227 lbs.

Jacksonville drafted him 42nd overall even though they don’t really have a need at receiver: they rank 31st in both targets and air yards available. He could end up as the #2 receiver to D.J. Chark as soon as this year just based on talent, however, and this is a team that could end up leading the league in pass attempts. In the midst of a massive roster overhaul that saw the departure of Leonard Fournette and almost all of their top defenders, they’re going to be losing and needing to throw. A lot.

Washington has 40.6% of last year’s targets available, the highest rate in the league, and 33.2% of the air yards, which is fifth. With an entirely new coaching staff, opportunities are there for the taking by anyone, and the team’s overall offensive volume should increase after running the fewest plays in the league a season ago. Don't be shocked if Gandy-Golden produces sooner rather than later.