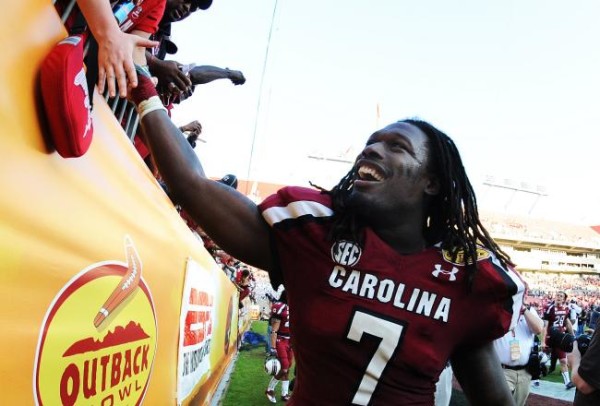 On the first-ever Tuesday edition of The UC Show, the three amigos speak about how the move to Tuesdays came to pass, and some of the things they learned from doing shows on Wednesdays. They make it a point to thank the people, because without them, there is no UC Show, let alone a move to a new night.

After that, the three discuss college football being back on the horizon this Thursday, and there’s no better way to start with the Jadeveon Clowney Show on Thursday night when North Carolina squares off against South Carolina. Between that, some marquee games on Saturday and a potential trap game on Labor Day night, the storylines are already cranked up for a terrific opening weekend of college football.

The three amigos also speak about the need for the NFL preseason to be over with already so we can move onto the real stuff. It’s understood that preseason serves a purpose, but at this point, we’re ready for opening week. Ed gets on his soapbox about his Jacksonville Jaguars and, surprisingly, he is able to keep his composure.

Finally, we close with the continued countdown to September 14 featuring Floyd Mayweather taking on Canelo Alvarez. Tinsley, one of the biggest Floyd fans around, let’s the world know there will be no upset to consider and has some words of wisdom for one of Canelo’s people who spoke wildly of Floyd on the first edition of All-Access last weekend.

Podcast: Tuesday Night Raw And The Opening Week Of The 2013 College Football Season