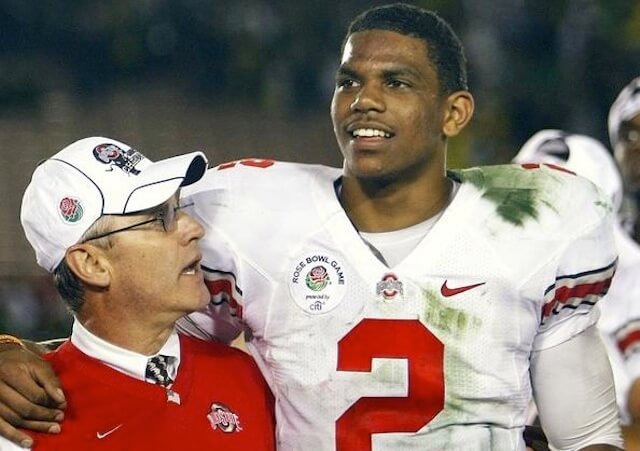 Ohio State has just demolished Michigan 37-7. It’s the seventh straight win over our former rival and ninth in the last ten meetings. It’s the sixth straight time Coach Tressel and his boys grabbed a piece of the Big Ten Title or won it, outright. If it weren’t for a close loss at Wisconsin, we’d be headed to a National Championship battle for the ages with Cam and his Auburn Tigers. No worries, though; our three star players, Pryor, Posey and Herron, are all coming back, not to mention nine defensive starters.  The cupboard is so full that we can’t get the door shut all the way. So, let’s make those plans to fly down to the Sugar Bowl, party on Bourbon Street,get ready to grab that preseason number one ranking and dare anyone to take it from us, as we steamroll our way to a certain date in the January 2012 National Championship Game.

My goodness. I won’t go into the details of all that derailed the Buckeye Express. As you know, Tressel, Pryor, Herron and Posey, among others, were caught violating NCAA rules and everything went down the tubes faster than Ed, Kenny and B-Lew can devour a meal at Rudy’s chicken shack. Watching what was left of the Buckeye program operate this year was like seeing Roy Jones’ last couple of fights. You didn’t hope for greatness, just survival.

Well, they survived. With no passing game to speak of, they upset Wisconsin, played heads up with Nebraska and the Spartans, and even made Michigan stress out at the Big House for 59 minutes. Their true freshman, Braxton Miller, definitely looks like a prospect we can build a championship contender around. It’s even rumored that the Gator Bowl would love to get an Ohio State – Florida rematch.

Which brings us to Urban Meyer. He’s the native Buckeye who rose rapidly through the coaching ranks (including a short stint in the late 80’s as a grad assistant for Ohio State) and ended up smoking our undefeated and heavily favored squad for the 2006 National Championship while coaching the Florida Gators.  Buckeye fans are now expecting him to ride in on his white knight and give us another decade of triumph to match the previous one.

Um, not so fast. First of all, the NCAA is still dragging its feet on letting us know if there will be further sanctions. Any loss of scholarships or bowl appearance bans will keep the Meyer era from making a mad dash out the gate. Secondly, I wonder if “cold weather schools” will be able to compete on even footing in this new era of college football.

It seems clear that the most successful programs have migrated South and West. The recent domination by the SEC speaks for itself, the Florida schools have been strong since the 80’s and now Oregon and Stanford have joined USC in being a force out west. Of course, you still have perennial powers Oklahoma, Texas and now Oklahoma State to deal with as well.

With that said, where does it leave Notre Dame and the Big Ten? Well, last week, none of those 13 schools got a top ten BCS ranking. It’s hard to compete with warm weather schools that can train year-round (it’s also hard to compete for recruits when you’re offering snow and Gore-Tex vs. beaches and bikinis.) I don’t think it’s a coincidence that warm weather schools have taken over. Recruiting is no longer regional; it’s national. Everybody’s on TV, so that’s less of a hook. Grandma Ida from Cleveland can still watch her baby play every nearly every week if he spurns Ohio State or Michigan for Alabama or USC.

I’m not saying Ohio State can’t come back strong. I certainly hope that they do. It’s just not going to happen overnight. Tressel won a National Championship his second year. Meyer will likely need more time. Yes, we’ll be title contenders from time to time, but to quote the venerable Nino Brown, “I’m on the run, G. It’s never gonna be like it was.”

11 Replies to “Oh! What a Difference a Year Makes”

Oh! What a Difference a Year Makes 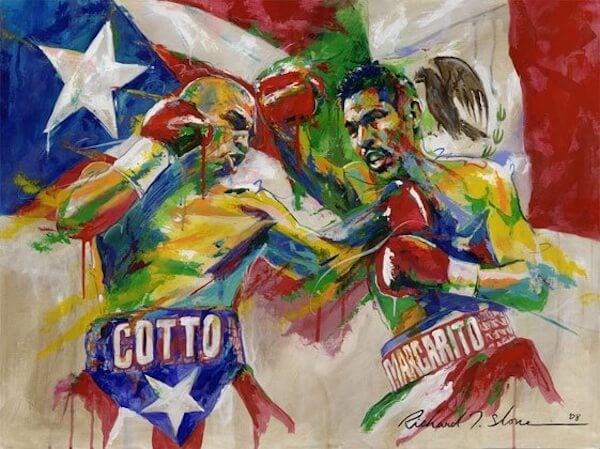 Bull City Sometimes, Rules Make No Sense At All…Ease U…
11