When you were a kid, playing football against someone you sort of don’t like, and that person constantly got under your skin with terms beyond “you suck,” you offered him a chance to “catch these hands,” right? I bet that instead of talking smack about how much bigger, faster or stronger he was than you, he picked on you about some defining character trait that shapes your being.

He realized that just bragging about how much better he was than you wouldn’t work as well, so he went low. Real low.

He probably called you a f*g, and I’m not talking about the British slang for cigarettes. He called you a little b***h. He said you squat when you go to the bathroom. He teased you by calling you any homosexual slur he could muster out. He made even more effeminate references.

And then you tapped his jaw. Or clipped him low when you were just supposed to block him. Or you targeted him on a kick return.

Sometimes, the only crowd around were fellow players who may or may have not known that you would flip out and/or the antagonist was notorious for messing with people. For those who ever played in front of a real crowd, however, all the spectators saw were a scrum and the opposing team celebrating how much it got in your head. Somehow, your behavior rewarded his because you were either flagged for unsportsmanlike conduct or ejected for throwing a punch. Win, lose or draw, your penalties played a role in how the rest of the game was played.

And guess what? There’s a damn good chance you would react the same way as an adult.

Since we constantly try to draw parallels between big-time sports and our own professions, consider what would happen if I showed up to your job right now and called you all sorts of invectives, saying everything I could to slight you personally, whether the words were true or not. Regardless of HR protocols, fear of losing a paycheck or even appearances in front of co-workers, most of you reading this would try to end me on the spot.

But you’re supposed to be a professional. We still “Keep Calm and Carry On” these days, right? Well, be a professional and let me call you every offensive slur imaginable. You’re going to sit there and take it. Put all of your emotions to the side. Do the job that your employer and its consumers pay you to do.

Now think about that. Does anyone realize how asinine all of this sounds?

Even if you tried, it’s hard to excuse what happened at MetLife Stadium this past Sunday. The reckless behavior of Odell Beckham Jr., the antagonism of Josh Norman, and the questionable post-game comments from Norman and Cortland Finnegan (Andre Johnson’s favorite player) overshadowed the brilliance of Cam Newton, the Carolina Panthers moving to 14-0 and the absurdity that the New York Giants are still in the playoff hunt despite the loss.

(Plenty of readers already see this as some sort of a defense for Beckham because of allegations that Panthers players used homophobic slurs toward the star receiver. Read further, it isn’t. If your mind is already made up, that’s unfortunate, but also to be expected.)

We imagine ourselves to be cool, calm and collected in any given situation. We are always on the right side, keeping it 100 when someone challenges us or being level-headed and steady when the world around us seems disorderly. We are what we said Beckham wasn’t on Sunday, professional.

Then it happens. Someone says the trigger word that sets you off. There could have been apparent foreshadowing only a few people were privy to, such as the matter of the bat that members of the Panthers wielded for motivation. Though unlikely, this could have come from absolutely nowhere, with little to no evidence of a looming threat to your job or being. Either way, you were provoked and are beside yourself.

When you get penalized for retaliating — lose your job, get arrested and charged, feel publicly shamed — let me know when someone tells you that you should have focused on doing your job. Or worse, let me know when that someone actually says, “Man up, dawg, they’re just words! Just talking a little smack.”

It all just seems strange how even as it was happening live or now three days later, few have openly questioned why a player completely lost his cool in a way that isn’t often seen during a game. Perhaps the collective “be a pro” admonishment exists because the homosexual insults hurled at him were ones that have yet to be treated with the same severity as those regarding race, gender, disability or some physical characteristic that is easier to see.

Let’s be real. If Beckham was called a racial epithet instead of a sexual one, the chatter around it would be remarkably different, even though the strategy and result of such disrespect would be exactly the same. Because race is ideally more obvious than sexual preference, it seems that more people are willing to give Norman’s behavior a pass that wouldn’t have been granted if the antagonism was racially charged.

Of course, as we approach 2016, we’re supposed be at the point that words are just words. With all of the hype entering the game, it seemed as if Norman found a new cheat code since he is this year’s contestant in the annual “best corner in the league” debates. Yet, those words mean something, whether for good or bad. Not that long ago, the NFL itself felt that words weren’t just a group of letters, but something allegedly much more sinister. It was prior to the 2014 season that the league that actually considered further policing the chatter between players with an automatic 15-yard penalty essentially for the use of the 5-letter version of the n-word and more. (Though according to the competition committee, perhaps the current rules would have applied.)

Even with the scenario presented earlier, “what I would do if that was me” doesn’t seem adequate for anyone because none of us are on the field. We hold on to the idea that plenty of athletes have higher thresholds for trash talking than others — even smack talk that involves slurs — because, ideally, they only exist for our own entertainment.

The league was right in handing Beckham the one-game suspension for his behavior (which he owned up to, believe it or not). The game officials should be reprimanded for not controlling the situation early. Norman’s most effective verbal weapon has been neutralized now that the world knows how far he’ll go to beat his opponents. Yet, there’s even more at play for those of us on the outside looking in. If we are going to sear this whole fiasco to memory, we should at least stop pretending that whatever was said to Odell Beckham Jr. wouldn’t have challenged our personal notions of composure. 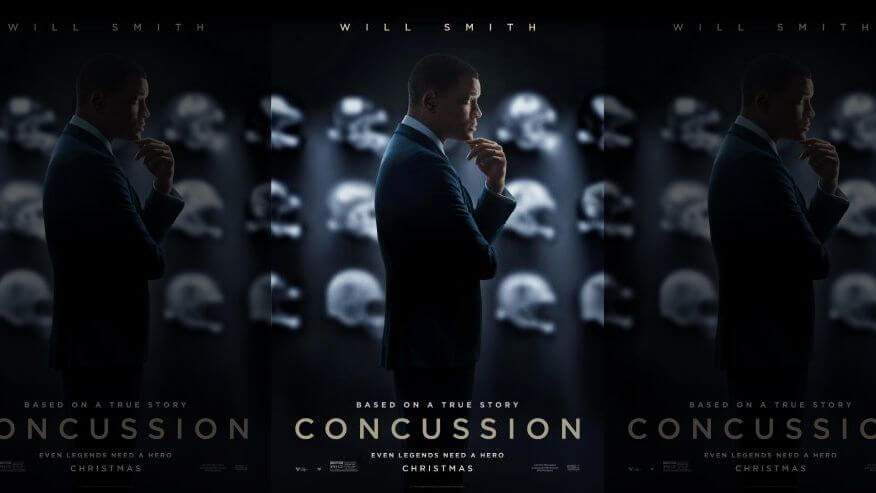 Football Does the NFL Need to Worry About ‘Concussion… 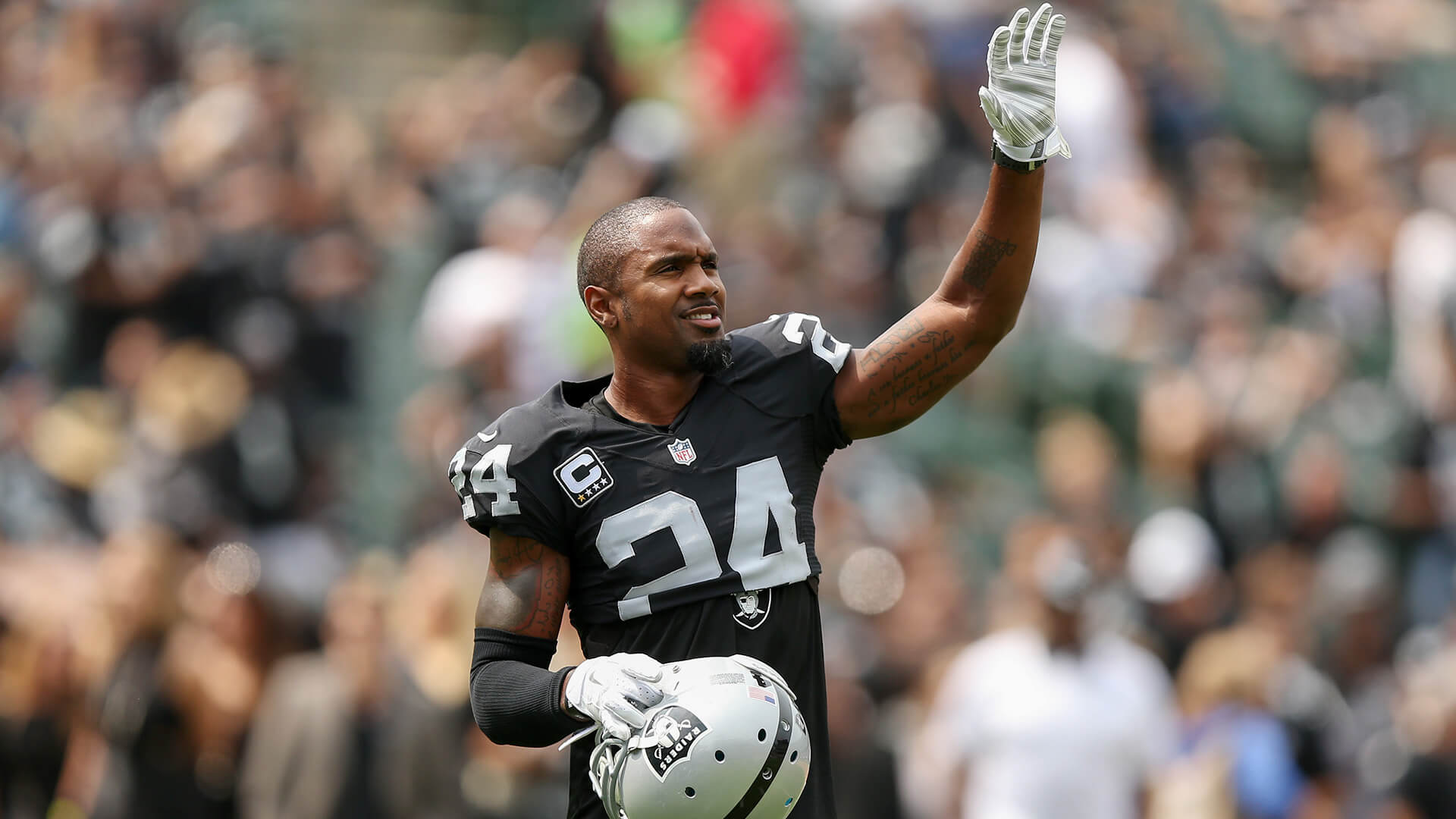 Football Charles Woodson and the Making of a Sports Hero
0