Early in Sunday’s NFC championship, Ha Ha Clinton-Dix, the Green Packers rookie free safety, was laughing in the face of the reigning Super Bowl champion Seattle Seahawks. From his days as a five-star recruit at Dr. Phillips High School in Orlando, Fla., to his days of being a two-time BCS National Championship winner, to rocking his red and black suit at the annual Dap Roger Goodell Day, all of his days on the brightest stages had never measured the rainy set of CenturyLink Field to play in the Super Bowl.

No jokes needed, no laughs needed, Clinton-Dix saved his best performance for this stage that many rookies would have crumbled in. After a Richard Sherman interception on an intended deep ball by a hobbled Aaron Rodgers, the Seahawks got the ball back looking to capitalize and get on the scoreboard first. Clinton-Dix had other ideas.

On Wilson’s second pass of the day, intended for Jermaine Kearse on a slant over the middle, the ball caromed into the air and into the hands of a zooming Clinton-Dix, who took the ball all the way to the Seattle 4-yard line.

Three pass attempts later and Clinton-Dix only needed one hand to snag another Wilson interception, laughing again in the face of the beast, making Troy Aikman say that he played Wilson’s attempt for Kearse, once again, like Willie Mays. He had two interceptions in Wilson’s first five pass attempts. The stat line read like this: Seattle receivers 0, Ha Ha 2.

With each of his interceptions, I leaned my head back, and like a crazed couch quarterback, I burst out, “HAHA!” It was an ear-pounding scream of admiration to see the Seahawks collapse on their home field in the playoffs. I started questioning how many parents in Wisconsin would name their children “Ha Ha” or “LOL” the next day, and even the absurdity of the notion seemed all too possible.

No, I don’t bleed green with a hat of cheese on my head during games. I don’t even associate myself with Packers fans. On this day, however, I associated myself with every Packers fan there is. As a gold-blooded San Francisco 49ers fan, I was down with any cheese I could get my hands on that day. For Ha Ha, he was getting his hands on the pigskin, one more time in the biggest game of his life than he did all season long.

Then, the fear became a reality. No matter how bad Wilson and the Seahawks looked, a possible comeback was all too realistic. Down 16-0 at halftime, Seattle’s first touchdown came from a fake field goal, and Wilson still kept firing interceptions. With the score at 16-7, the Seahawks rode the legs of Wilson and Marshawn Lynch all the way to take a 20-19 lead just before the two-minute warning.

Pete Carroll made the easy decision to go for a two-point conversion, making it a three-point game. Wilson rolled back, felt the pass rush, and went into escape mode. He used his elusiveness for a stop-and-go to his left and then to his right with the whole defense flowing to his throwing hand side. Unnoticed, tight end Luke Willson popped into the left side of the end zone, and a jumping Russell Wilson floated the ball up for grabs to his target.

Sometimes the slowest events keep the greatest athletes stuck in their tracks. Ha Ha found himself in this situation. With the ball floating for Luke Willson’s arms, Clinton-Dix had the time and opportunity to make a move on the ball but couldn’t come up with it. The weight of the 12th Man’s roar left his arms only raised waist high and turned his feet to a vertical leap stuck in quick sand. As the early Green Bay hero, Clinton-Dix found himself stuck behind Luke Willson, unable to make a move on the ball in the biggest play of the game.

A 48-yard field goal by Mason Crosby took the game to overtime, but Clinton-Dix didn’t even get a chance this time. After Russell Wilson flung a 35-yard pass down the sidelines, with four interceptions and no touchdowns, to Doug Baldwin, the Packers didn’t see him going deep again. Green Bay went with no safety help, expecting a handoff to Lynch, and this time Kearse was the victor without Ha Ha even getting a chance. Wilson placed a perfect 35-yard pass to Kearse, hauled into his arms in the end zone to win the game, 28-22, and secure the NFC championship.

It’s a joy saying the name Ha Ha for an athlete as vicious and promising as he is. In the biggest game of his young career, Ha Ha Clinton-Dix brought the laughs in the face of the Super Bowl champs, playing the best game of his life. But, it was Wilson and Kearse who had the last laugh this time against Ha Ha, with plenty more from the rookie to come in the future. 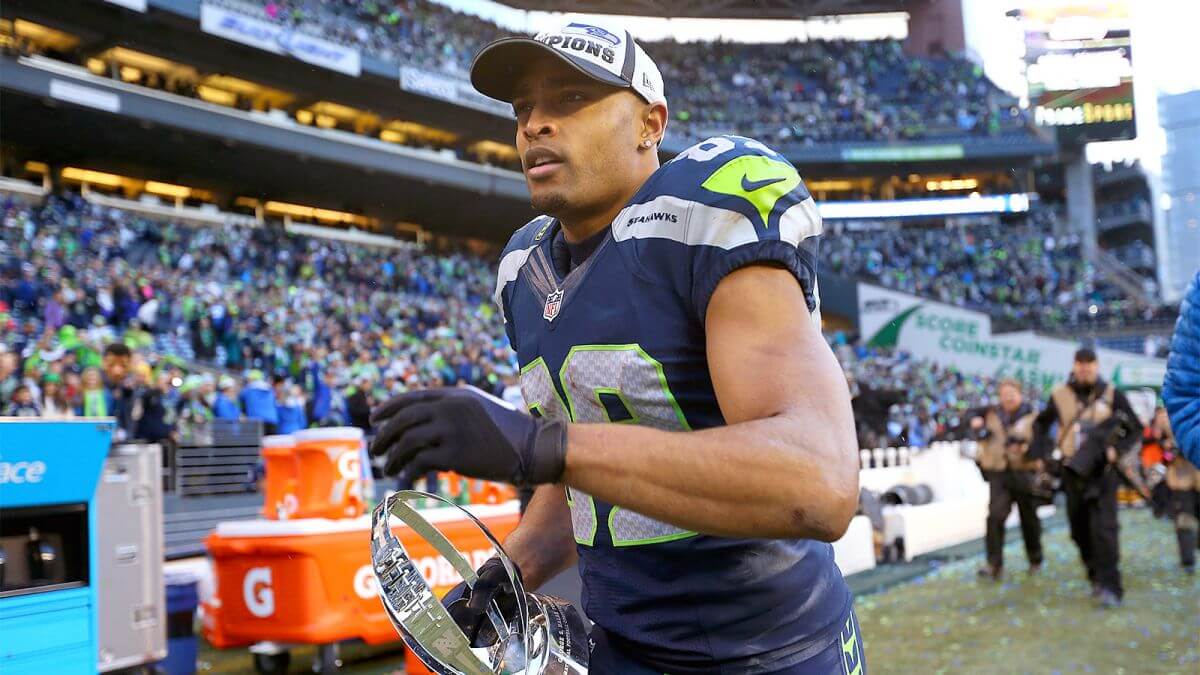 A Sports Scribe Getting It Done: Where’s The Love For Doug B…
Football Why The NCAA Restoring Wins For Penn State And Joe…
0