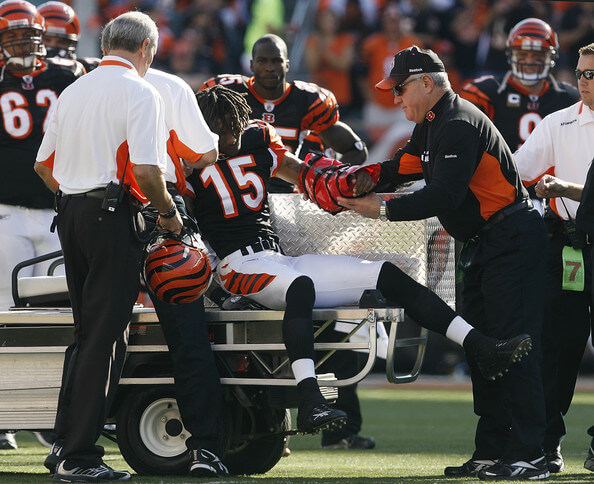 Every year more and more evidence shows up to support the notion that post-career medical evaluations are needed for NFL veterans. The NFL keeps preaching player safety but it seems as if something is not right with their agenda. One minute they are constructing rules changes, then the next minute they want to extend the game schedule by a couple of games. The NFL has a conundrum to worry about as more and more players are suffering from severe concussions that are hampering and shortening careers in the league.

Let’s keep it real. When the game was invented, no one knew that linemen would be weighing 340 pounds and running sub 4.9 forty yard dashes. No one knew that running backs and linebackers would be weighing in at 250 pounds and running sub 4.4 forty yard dashes. There is no way that equipment can keep up with the evolution of the human body. The human body was not meant to endure the size and speed that football brings to the table today. Long term brain injuries are bound to become more plentiful in this new era of football.

Whenever people talked or wrote about the long-term brain injuries of football players, the focus was always on the linemen since they were the players who took the most hits and suffered the most physical abuse. I remember reading about former Pittsburgh Steelers center Mike Webster who struggled mightily with brain trauma before his death nine years ago. A coroner named Bennet Omalu received permission to study Webster’s brain and found large accumulations of proteins clogging his brain cells. Omalu called it Chronic Traumatic Encephalopathy, or CTE.

Webster’s brain was just the first one Omalu and his colleague Julian Bailes studied. They looked at the brain of several offensive and defensive linemen because they were subject to contact on every play. For the most part, though, these were the guys in the trenches, guys willingly suffering repeated violent collisions for the glory we showered upon them. Many of them probably knew going in that they were trading years of their lives for that glory.  It was their choice to make, so we let them, because we love to watch combat. The more physical the combat is, the better for the fans.

I, like most fans, was skeptical of CTE and if it really existed. I played football at a high level and I came out fine. However I did lose a college teammate to CTE so I knew that it was possible. The fact that CTE really existed hit me really hard when Chris Henry, a wide receiver who played only two seasons of college football and a grand total of 47 games in the NFL, was believed to have suffered from it.

Chris Henry didn’t play in the trenches. He had a history of bad decision-making before he died, yes, but he had no known history of concussions. Receivers like Henry and Randy Moss in general don’t suffer the sort of abuse that linemen and linebackers subject themselves to regularly, at least, we didn't think they did. These guys are finesse guys and its funny that one has had the brain trauma and the other has had twice as many touches and there is no evidence that he has ever had any head injuries. Yet, there’s the scientific proof that Henry had the exact same brain trauma that Mike Webster and the other interior guys had.

I have seen players who because of the brain trauma that have suffered from depression and that lead me to wonder about the death of Junior Seau. A man who seemingly had it all, did it all, and gave so much back dealt with the demons that eventually led to his end. There will be skeptics who say these guys bring it on themselves but the reality of the matter is that they need some help past their playing days and it’s just not there.

Now that the NFL is considering adding games to the regular season more attention and more injury will probably ensue. I keep hearing the people who are opposing the rules changes that are put into place to make life easier for players. I have even found myself questioning some of the moves that appear to be turning the game into a less physical and less unique brand of football. The question I would like to bring is this; would we rather watch modified football or football that we know and love?

There's a never ending conundrum when it comes to evaluating safety in the NFL and the post-care methods for players who are struggling due to injuries later in life. I want to see a violent game because it is more fun to watch, but as a fan I also cringe at the tragedy that takes place when a player gets used up by the league. It’s a kind of question that makes even a lifelong football fan such as myself step back and think, “My God, what have we done?”

11 Replies to “Something Has To Change: NFL Players And Post-Career Safety Measures”