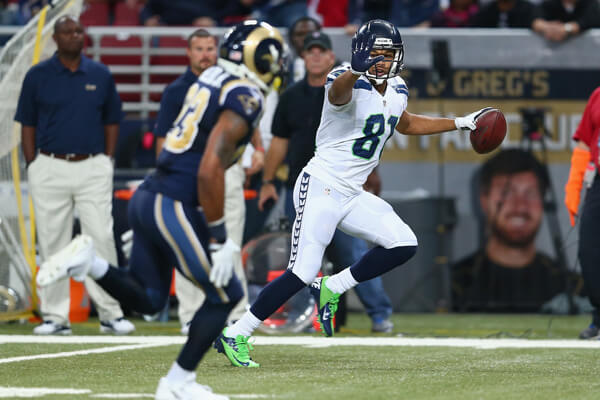 Emboldened by the sheer idiocy of Seattle’s Golden Tate, news that the NFL is considering borrowing a rule from the college ranks regarding excessive pre-touchdown celebrations was just too much to not discuss.

Just a few months ago, in the midst of Aaron Hernandez coverage and the backdrop of the brain injury discussion, it seemed that for better or worse, the NFL and its fans needed the season to start already. Yet, as soon as it did, a laundry list of problems, debates and rumors took up space on all media:

Some of these matters could have been and will be water under the bridge in mere weeks. As in each sports organization, there is always a mini-fire to put out that is long forgotten as the season progresses. The greater scrutiny this season, though, makes any and everything a hot-button topic.

Even those as misguided and pointless as taking away a touchdown because of a little showboating.

These twists and tweaks to the product are starting to become strangely reminiscent of what the NBA began to do throughout the 2000s when the product was in an apparent nadir or what the NHL has done since 2005 to prop itself up after a destructive, season-long lockout. The difference is that those leagues were desperate to enhance their appeal, while the NFL has been (and still is) considered the model all leagues aspire to be. (In fairness, comparisons of how leagues operate are apples and oranges.)

In the NBA and NHL, both leagues tweaked their on-court/ice product to increase offense, eliminate pace-killing defense and emphasize the skills of newer generations of athletes. They were done in order to not only excite fans, but get business partners on board with their new, wide-open games. Those changes helped them add new TV partners (ESPN for the NBA, NBC Sports for the NHL), strengthen relationships with existing ones (at least for the NBA) and open up new advertising opportunities.

Of course, these were accompanied by controversial off-court/ice mandates. David Stern and company instituted the dress code in 2005, which invited heaps of criticism from academics to actual players. It was the officially retired Allen Iverson who spoke for a generation when he said, “(The NBA is) targeting guys who dress like me, guys who dress hip-hop.” Meanwhile, Gary Bettman has remained stubborn with the southern market experiment, even though one franchise uprooted to bring hockey back to small but puck-mad Winnipeg.

Along with labor disputes that were supposed to create competitive balance between large-market and small-market franchises — with the hopes that competent management played a role — those leagues have benefited greatly from their changes, even if some were ill-received at the time.

The NFL seems to be fixing a product that in the eyes of many wasn’t all that broken. Certainly its campaign to make football safer has been needed for a long time, even if most of us pay lip service while adjusting fantasy rosters. In the eyes of millions of fans and business partners, what made the NFL the perfect sports product was the mix of controlled violence, big numbers, the uneasy relationship with illicit gambling, the easier relationship with “sorta” gambling (fantasy football and office pools), mind-boggling athleticism and most of all, the best schedule in sports. Though it’s smart to look at increasing international appeal because the league has somewhat peaked here in the States, some considerations should not be made as they further dilute the product.

The 18-game schedule has even less regard for players’ health than it does for ensuring that more teams play international games every season until the NFL succeeds in establishing a permanent hold in London (the league compensates the “home” team that loses the date).

Brandon Marshall shouldn’t have had to joust with the league to raise awareness to an important health matter few people discuss openly but millions deal with daily.

As discussed before, Thursday Night Football is tough enough to take once a week, let alone twice.

The lack of great and balanced teams is hurting the televised product a bit more than we acknowledge since more and more bad-to-mediocre teams take the national stage.

And now, with the enhanced celebration penalty being looked at, the NFL’s continued campaign to turn its players from emotional and highly competitive men into faceless and sober robots rolls on. Sadly, the league seems to be hellbent to further strip away much of the personality and individuality that made it the billion-dollar behemoth it is today.

These days, it’s almost as if the NFL is passing three times in the red zone on the final drive in the Super Bowl. Like San Francisco 49ers fans asked last February, as much as you appreciate the moxie and desire to give the people a thrilling result, some calls just shouldn’t be made this late in the game.

One Reply to “The NFL And Fixing What Isn’t Broken”

The NFL And Fixing What Isn’t Broken 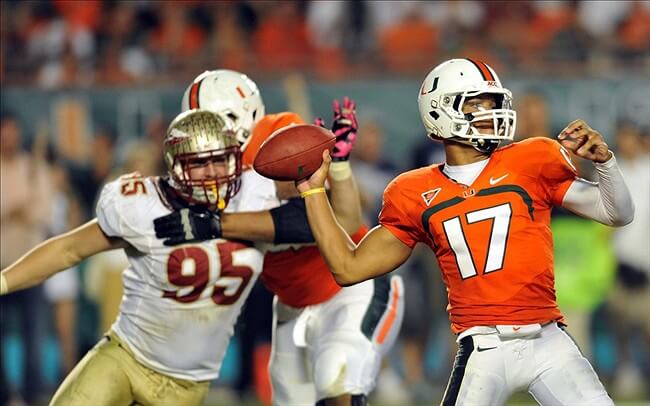 Football Miami, Florida State And The Rivalry Trying To Ret…
A Sports Scribe Starting Lineups: The NBA Season’s Only Too Long…
1