It’s a new tradition of online media to note what appears to be a lingering trend and dig into the numbers to prove that said trend isn’t actually true. This isn’t a terrible thing by any means as we’re able to confirm suspicions or at least challenge them.

As we are headed towards the end of the second season of the expanded NFL primetime slate thanks to the season-long Thursday Night Football, we’ve seen some smart and necessary analysis on the quality of play and the chest-beating, “we (sort of) won the night” television ratings. The reason for these analyses is that this year – just as in last – there have been a number of blowouts during these national windows.

How many games have you noticed this season where the margin of victory has been at least 20 points? And unless your favorite team was handing out one of these whoopings upon an opponent that decided competent football can wait until playing Madden on their off day, you have likely changed the channel to The Walking Dead, Monday Night Raw or The Blacklist.

It’s impossible to deny that the dearth of quality games has deepened in 2014 and we have dared to wonder if it goes beyond some really unappealing primetime matchups. You have probably asked yourself if there have been more lopsided, pride-shattering, coaches’ hot seat burning, QB benching, “damn, my fantasy team got KILLED” head shaking games this season.

The short answer is yes. The long answer is so far, yes.

Thanks to the indispensable Pro Football Reference, anyone with a few working fingers and a functional computer can look at box scores of all NFL games going back to 1940. In this case, we decided to look into the scores of every regular season game since 1978 when the NFL expanded the season to 16 games.

Before going further, here is a calendar of how the current schedule of the 16-game season came to be:

The first infographic below displays the amount of blowout games per season since 2000, which would be what many would consider to be the start of the so-called “parity” era of the NFL. Coming off what was arguably the greatest Super Bowl of all time (sorry, New England fans) featuring two recently relocated franchises, the NFL began to purport itself as a league where every team had a chance to make a run to the Promised Land.

Want more perspective? There were 46 such games all of last season.

As if that’s not frightening enough, the second infographic looks at how many blowouts took place through Week 11 in each season since 2000. And… yep, it’s as bad as you think.

2014 has featured more blowouts through eleven weeks than any other 16-game season before it; including more than the aforementioned 2009 season, where 33 games were decided after you drank your second frothy beverage of the afternoon. 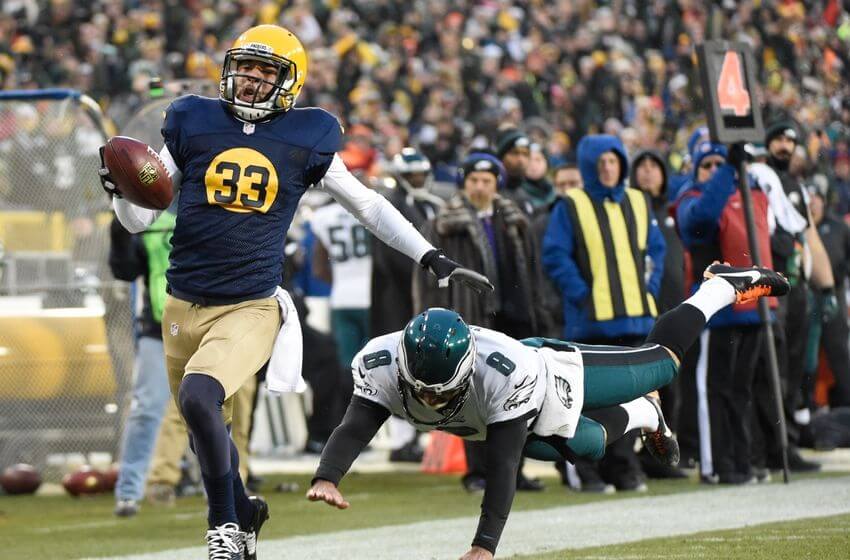 That week saw the Green Bay Packers embarrass an already embarrassed Minnesota Vikings team by 32 points on Thursday Night Football, the 16th such blowout of the season.

This season has given us more historic moments from the game’s greats, sheer brilliance from a great rookie wide receiver class and for media geeks, ratings “wins” in the face of controversy. And yet, it’s a season that will be remembered for some of the least competitive football in recent memory with seemingly no end in sight.

At least until the playoffs, we hope.